The History of Clyde Shipbuilding 4 : Workshop of the British Empire

The History of Clyde Shipbuilding 4 : Workshop of the British Empire

The Victorian and Edwardian years leading up to the First World War were unprecedented for the Clyde shipbuilding industry. They were the halcyon days of the river as Great Britain totally dominated shipping and shipbuilding.

However whilst the industry was basking in this unparalleled success there were in-built weaknesses in the business models of the shipyards. These years also saw the early challenges from competitor nations beginning to develop their own industry.

From the 1850s until the 1890's Britain enjoyed over 40 years of almost complete dominance in shipbuilding with little serious competition to challenge it.

And this was even during a time of Free Trade from 1849 after the Whig government repealed the Navigation Acts.

Later years also saw the birth of the tourism industry when ocean liners were carrying 2,500 to 3,000 passengers in ships displacing 40,000 tons.

Clydebuilt ships accounted for two-thirds of the winners of the 'Blue Riband' the unofficial transatlantic speed record and the river became the home of most of the important shipping lines, including Cunard, as their orders usually went to the Clydeside yards.

New harbours were being built all along the river. In the lower Clyde at Greenock the Victoria Harbour in 1850, the Albert in 1862 and the James Watt Dock in 1879. On the Upper Clyde the Kingston Dock opened in Govan in 1867 and could accommodate 22 ships of around 500 tons each.

It held 5 acres of water space and like all Clydeside harbours had the added advantage of a small tidal range that meant no dock was required and therefore could remain open 24 hours a day. The Queens Dock in 1877 was even larger with 34 acres of water and was the biggest in Scotland at that time.

There were four major factors at work in the demand created for Clydebuilt ships. 1)These years saw a huge growth in world trade that needed ships to carry cargo, 2)there was increased orders for channel steamers in Europe for passenger trade, 3)the competition of the Atlantic race continued apace and 4)the British Empire required more fleets of naval and merchant shipping. A related event in the latter was the opening of the Suez Canal in 1869 which boosted the fortunes of the steamship against the sailing ships who had to navigate the Cape of Good Hope.

The last of the sailing ships

Not that this marked the complete end of sail as these ships still had a role to play. Indeed the Umbria, built by John Elder & Co at Govan as late as 1884, was the last steamship to carry auxiliary sails. Until more coaling stations for steamships were built on the eastern routes sailing ships were better placed to make the long journey.

For example, clippers still operated round the Cape carrying imports of tea from China and wool from Australia. Indeed the famous tea-clipper the Cutty Sark, designed by the Glasgow firm of Scott and Linton, was launched at Dumbarton in 1870 and became one of the fastest sailing ships in the world. Although it was the Aberdeen built Thermopylae that actually made the fastest voyage of 59 days from London to Melbourne.

Similarly, until the opening of the Panama Canal in 1914 sailing ships carried consignments such as wheat, barley and corn from the western coasts of the USA and Canada around Cape Horn to the eastern seaboard and beyond. Unfortunately a huge increase in insurance rates by Lloyds of London in the 1890's put these companies under severe financial pressure.

The rise and rise of the Clyde

Shipping companies ordered the conflicting demands of greater size, faster speed but with cheaper economy. These were reconciled with the widespread adoption of steel hulls from the 1880's and further improvements in steam propulsion. Also steam tonnage accounted for 70% by 1870 compared to 1850 when it was under 7% of British output.

About 24,000 of 47,500 men working in UK shipbuilding in 1871 were resident in Scotland, almost all employed on the Clyde yards. Yet another specialisation of the Clydeside yards was their expertise in repair work on profitable ships taken temporarily out of circulation. By the 1870's the yards were increasingly reliable and could guarantee fast turnaround times in their docks. In this period up until 1914 it was the integration of iron, steel, coal, and shipbuilding as major exporting industries that made shipbuilding so prosperous on the Clyde and so important to the Scottish economy as a whole.

It was a hard life for the men who worked in the shipyards especially in the Scottish winter as they toiled in cold, wet and dangerous conditions in all weathers. It was not regular employment either as there were very few permanent jobs since work depended on new contracts to build specific ships. This insecurity would be exacerbated by market fluctuations as the economy occasionally swung into recession. This 'boom and bust' pattern also caused shortage of space and then overcapacity respectively as the Clydeside yards operated a bespoke service of product specialisation.

The US decline after the Civil War

In the USA the end of the Civil War in 1865 largely halted construction until the rebuilding and re-equipping of the Navy in the 1880s. During the war the industry suffered destruction of a large part of the national fleet and many ship owners had transferred their vessels to foreign registration to avoid attack. The government forbade these ships from returning to US registers and consequently lost a great number to foreign competitors. The USA also lost the lucrative monopoly of the Chinese tea trade to Great Britain.

But the main reason US shipbuilding suffered a steep decline during this period was its failure to convert to iron then steel as well as steam technology. Many firms could not afford to convert from wood and apart from major yards in Pennsylvania and Delaware they relied on mass-production of small craft. In the UK water-tube boilers and twin-screws were producing more efficient engines. On the Clyde the triple-expansion engine had been developed by A.C. Kirk in 1874 followed by improvements in the quadruple-expansion engine in 1885 by Walter Brock at Denny of Dumbarton . 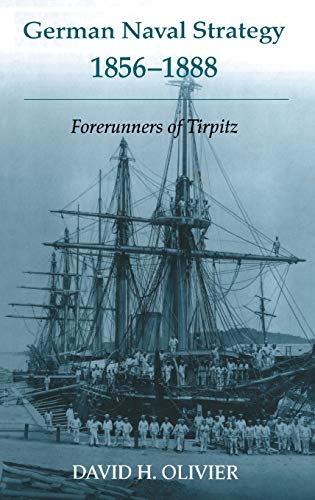 The challenge of Germany and re-armanent

However, in the 1890's there were the first signs of the challenge ahead for the Scottish yards when other nations began to develop their shipbuilding industries and provide the beginnings of serious competition.

In 1898 the Germans instituted the first of their Naval Laws to build a military fleet that could rival the Royal Navy and which intensified the re-armament race in Europe.

The British response, of course, led to increased Admiralty orders on the Clyde for new warships. But just as significantly the last decade of the century saw the building of the 'Kaiser Wilhelm der Grosse' ship in Stettin, the first of the ships which serviced the needs of mass emigration of German citizens to the USA at the turn of the century.

In 10 years the Germans increased their tonnage from 215,000 tons to 723,000 tons and by 1910 the figure was 2.5 million tons. Although this only represented around 9% of total world tonnage compared to 42% for Britain the early warnings were not heeded.

The USA takes the technological advantage

Similarly in the USA there were the origins of its later dominance of the shipbuilding world. Receptive to new technology and assisted by the Naval programme companies like William Cramp & Sons in Philadelphia, Newport News Shipbuilding and Drydock Company in Virginia were thriving. J.P. Morgan was buying up liners in the 1900s for his International Mercantile Marine Company and even tried to buy Cunard. However it was unclear whether this was a serious bid although it encouraged Cunard to obtain assistance from the UK government.

It was not apparently obvious to the Clydesiders at that time but they were sowing the seeds of future problems in the years leading up to World War One that would bring about the decline of the industry. There was too much emphasis on carrying capacity at the expense of other considerations such as speed and technology. Instead financial liquidity and high productivity levels were considered more important than technical improvements.

In the USA traditional practices of shipbuilding began to be discarded by the 1880s in favour of technical and scientific methods. Moving into the early 20th century, American shipbuilders were converting their yards into cutting-edge facilities which began to give them a lead on the British in terms of construction and production. For example there were developments in powering electrical systems on ships by the New York Shipbuilding Company who dominated the construction of ships for the Great Lakes. Representatives of European firms visited these sites and adopted many US innovations.

The new generation of ocean liners

However, the Clyde was still thriving and it seemed a new age was on the horizon. In Glasgow, the Princes Dock was opened in 1900 with 35 acres of water space at a cost of £1 million and then the smaller Rothesay Dock in Clydebank in 1907. The early years of the 20th century saw the Clyde shipyards producing a new generation of ocean liners. They built ships like the Persia, the Aquitania and the Lusitania.

The Persia was built at Greenock by Caird and Co in 1900 stretching 500 feet in length and weighing over 8,000 tonnes. The Lusitania, built at John Brown's in Clydebank, was even larger as its 800 ft hull and 31,550 tonnage was launched in 1906 becoming one of the largest ships on the sea and offered five star comfort to its passengers.

Tragically, WW1 brought disaster when in 1915 the Lusitania was torpedoed by a German U-Boat off the coastline of Ireland and went down in 18 minutes, taking 1,195 lives. It was second only to the 1912 tragedy of the Belfast-built Titanic for loss of life. Among them were 123 Americans and the tragedy hastened the eventual entry of the USA into the war. Then, just six months later, Persia was sunk by a German submarine in the Mediterranean south-east of Crete The ship sank so quickly that 334 of the 500 passengers went down with the ship.

The significance of World War One

The war was a wake-up call for the USA as its ports were clogged with cargo since there was a shortage of ships for the export trade. Congress tried to revitalise the industry between 1900 and 1914 but it was not until the war that foreign-built ships were allowed to be registered in the USA. The Shipping Act of 1916 established a Shipping Board of Directors that oversaw the acquisition and regulation of existing ships as well as calling for a substantial boost in production of new ships.

But in the year 1913, on the eve of World War One, around 750,000 tons of shipping were launched on the Clyde. This represented almost one-fifth of the total tonnage of vessels in the whole world. An incredible achievement for a short river of only 106 miles in a small nation of less than 5 million people. Ironically around 13% of the population immigrated to North America in the 10 years before World War One, providing further business to the shipping trade.

The industry employed 60,000 workers as well as another 40,000 in ancilliary trades that were dependent on the river for business. Glasgow was truly the 'Workshop of the British Empire' and dominated by the industrial behemoth of shipbuilding. But these years represented the Clyde at its historical peak, a position it would gradually lose throughout the 20th century. From then on things would never be the same again.

Six Frigates: The Epic History of the Founding of the U. S. Navy
Buy Now