The History of Clyde Shipbuilding 6 : The Clyde made Glasgow and Glasgow made the Clyde

The History of Clyde Shipbuilding 6 :

The Clyde made Glasgow and Glasgow made the Clyde

The years of the post-World War 2 era marked the further decline and almost the complete death-knell for the Clyde River as shipbuilding centre. Fierce competition from rivals far more advanced in technology, efficiency and scientific management were leaving the Clydesiders trailing in their wake.

Attempts were made by both the industry and government to salvage the yards but it came too little too late. It took the imagination and determination of an organised workforce to partly save the industry and today there are still some yards operating on the river.

After the war the most important development in ship construction was the replacement of riveting by welding.

Larger and more standardised vessels built with the use of templates inspired a version of the Ford assembly lines in foreign competitors.

With bigger multi-yard firms and efficiently organised flow-line layout of yards, countries like Germany, Sweden and Japan were forging ahead of the British.

Naturally, the immediate post war period saw a reduction in warship orders but this was balanced by a boom in merchant ships. World trade rose 7% up until 1960 and consequently world seaborne trade rose from 460 million tons to over 2 billion tons in the 30 years up to the late 1960s. This was despite the fact that the jet aeroplane was gradually stealing freight and passenger traffic away from shipping lines.

In the UK the pressure of orders obscured the need for re-equipment and reconstruction, there was little long-term forward thinking or realisation of the modernisation of competitor nations. Foreign shipyards like Gotaverken in Sweden and Hamburg and Bremen in Germany were installing modern equipment and paying lower wages.

But they also introduced scientific management and technical oversight of the construction process. In the UK the Craft Unions' role was in protecting their membership, men with skilled occupations. The result was wage protection, demarcation disputes and an opposition to the dilution of skilled labour with manual workers.

There was some solace in the prestige of building the Royal Yacht Britannia which was launched at John Browns in 1953 and served the UK Royal Family for 44 years until being de-commissioned in 1997. It returned to Scotland and is now a museum stationed at the Leith harbour area in Edinburgh.

The end of the 1950s heralded the rise of other shipbuilding nations, recapitalised and highly productive. Japanese yards enjoyed the benefits of indirect subsidies on raw materials, low interest rates and low taxation. In West Germany they were offered tax relief and low interest rates for borrowing. In Sweden the shipbuilders could access the security of long-term credit facilities and were backed by their government and local authorities.

German and Japanese yards could deliver in half the time of the UK yards because of extensive mechanisation and improved production systems. Also, many of the traditional markets for the UK were stagnant with the old trade loyalties of the British Empire beginning to crumble. Even the US shipbuilding industry was in long-term decline except from occasional upward fluctuations.

In France the government also introduced subsidies but went even further with forced amalgamation and closure of unprofitable yards to rationalise their entire industry. The number of French yards halved from sixteen to eight and became larger in scale.

In the UK however the industry was too fragmented, with too many small independent yards that traditionally were often family-owned. Many Clydeside yards booked loss-making contracts in the hope of weathering the storm but more and more were closing and by the 1960s only a handful of shipbuilding and marine engineering firms continued operating along the River Clyde.

By the mid 1960s, despite the fact that World merchant shipping doubled in only 10 years from 1959 to 1969, the Clyde was uneconomic and faced imminent collapse.

Competition meant fixed-priced contracts but poor productivity and the rising cost of materials placed pressures on the Clydeside yards.

There was no single critical factor that explained the straitened circumstances of the industry. Unions were blamed for high wages and restrictive practices, management were criticised for being slow to modernise or rationalise and the government were held culpable for not intervening.

The year 1962 saw the closure of Harland and Wolff's Linthouse yard as the company decided to consolidate its Belfast operations. A bankruptcy crisis loomed at Fairfields of Govan which was placed in receivership in 1965 but reconstituted. The Geddes Report of 1966 recommended economies of scale with amalgamation overseen by consortia in each UK region where shipbuilders operated.

In response the Government created the Upper Clyde Shipbuilders (UCS) consortium. Formed in 1968 from the amalgamation of five major Clyde Shipbuilding firms: Fairfields in Govan, Alexander Stephens and Sons in Linthouse, Charles Connell and Company in Scotstoun, Yarrow Shipbuilders Ltd in Scotstoun and John Brown and Company at Clydebank. Of the five, only Yarrow was profitable due to its specialisation in warship construction that was largely immune to the dictates of the trade cycle.

The building of the Queen Elizabeth II, or QE2 as it became known, was a loss-making contract for John Browns. Launched in 1967, it was the last hurrah for the great Clyde superliners as it descended down the slipway at Clydebank into the river. Its maiden voyage was from Southampton to New York in May 1969 and had been the beneficiary of an £18 million grant from the UK government.

It was smaller than the previous Queens at 1,777 passenger capacity as this would allow it to cross through the Suez and Panama Canals as a luxury cruise ship. However it still operated transatlantic crossings when sailing the oceans as one of the most prestigious luxury liners in the world.

By an incredible twist of fate it too was requisitioned as a British troop-ship after the Argentinian invasion of the Falkland Islands in 1982. It survived unscathed and today is berthed in Dubia as a hotel complex. It made a sentimental journey back to Greenock in 2007 to celebrate its 40th aniversary before leaving for the Middle-East.

Upper Clyde Shipbuilders were a short-lived enterprise as in 1971 they went into receivership.

The Conservative government under Edward Heath refused it a £6m loan and the industry was doomed.

The reaction of the unions was historic in the annals of industrial relations on the Clyde.

Rather than go on strike, a "work-in" was organised to complete the existing orders and led by the shop stewards. At the head of the movement were Jimmy Reid along with Jimmy Airlie and Sammy Barr.

Reid wanted the men to portray the best image of the workforce and insisted on tight discipline organised by shop stewards in each yard. It was a supreme irony that three members of the Communist Party of Great Britain battled to save a private enterprise that had been abandoned by the arch-capitalists in the Conservative Party.

The tactics employed by Jimmy Reid were very effective and public sympathy in the Glasgow area and beyond was on the side of the workers. This was backed up with demonstrations in Glasgow, one of which was attended by around 80,000 marchers. The result was a major victory when in February 1972 Heath's government relented and retained Yarrow and Fairfields, who were merged together into Govan Shipbuilders and also sold John Brown as a going concern.

The rise of the east

In the past 30 years however the industry has been dominated by Japan then overtaken by South Korea in the 1980s, the latter accounting for around 40% of orders for ships in the beginning of the new century. Daewoo, Samsung and Hyundai have the dominant yards in South Korean shipbuilding with a cheap but educated and highly skilled labour force.

The Ulsan yard owned by Hyundai is the largest in the world, comprising 9 dry docks with a capacity of around 60 ships per year, mostly bulk carriers and container ships. However recently China has been making inroads into shipbuilding and sooner or later will became the leader in the world.

In the UK in 1977 the Labour government passed the Aircraft and Shipbuilding Industries Act which nationalised most of the Clyde's shipyards under a new company called simply British Shipbuilders. In the 1980s came privatisation and currently, three major shipyards remain in operation.

On the Upper Clyde at Govan and Scotstoun as BAE Systems Surface Fleet Solutions, both owned by BAE Systems, construction of technologically advanced warships for the Royal Navy and other navies. On the Lower Clyde, the Ferguson Shipbuilders at Port Glasgow are still in business for the construction of car ferries. Sadly, there are no longer any more ships being launched from Clydebank as the yards finally closed in 2001.

The story of shipbuilding on the River Clyde was a short-lived phenomenon in the longer course of modern industrial history. But a phenomenon it was when almost from nothing the quiet waters of the Clyde began to ripple with the first waves of progress. The legend of the enterprising Scot was never more exemplified by the great minds and tremendous achievements of the Clydeside engineers and entrepreneurs, whether in the boardroom, the design office or the shop floor.

The eventual dominance of the river over the oceans of the world represented an astonishing rise to prominence. In the 50 year period from 1870 till the First World War the Clyde shipyards were untouchable. Men sweated and toiled in these shipyards, men died in these shipyards. It could be a harsh and hazardous working life, unforgiving and unrelenting, but still there remained a great pride in building some of the most famous ships to sail the seas.

The fortunes of the cities and towns were inextricably linked with the activity on the river. Not for nothing arose the local saying 'The Clyde made Glasgow and Glasgow made the Clyde'. 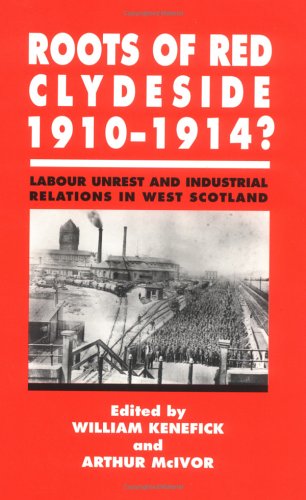 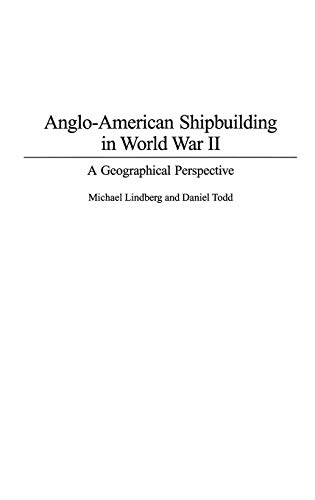