Long before the Michigan Wolverines/Ohio Buckeyes football rivalry began, the Territory of Michigan and the State of Ohio fought over a strip of land in Toledo on Lake Erie.

The so-called Toledo Strip ran east and west approximately 80 miles and was six miles wide, covering a total of 470 miles. Leaders for both states wanted the land and a nearby island that was divided in half by an officially-surveyed but disputed border between Ohio and Michigan. This led to a war of sorts. 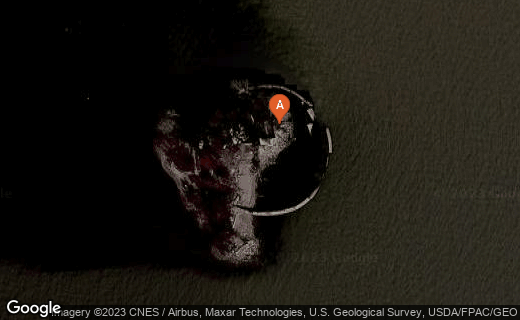 The official borderline passes southwest to southeast through the center of the island that lies in Maumee Bay.

The land dispute known as the Toledo War was not settled completely until the fate of Turtle Island in Lake Erie, an inland sea, was adjudicated in 1973. Occasionally, I hear old timers around Toledo and Maumee jokingly discuss the "war on the high seas of Toledo." 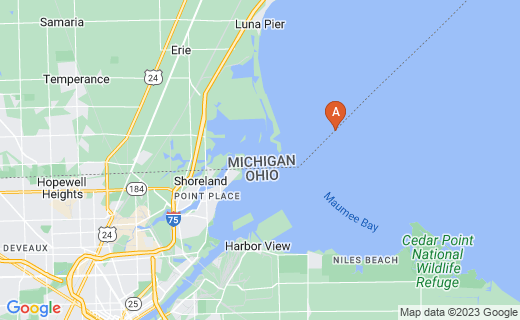 One of Many American Wars of the 1800s

Many people become confused, believing that the Star Spangled Banner was composed during the American Revolution, instead of during the War of 1812 - 1814. This is understandable, since the number of American wars in the 19th century cause a lot of confusing about things other than songs.

The years 1812 - 1814 are the years in which Britain tried to recapture the United States after the Revolutionary War.

Many wars occurred during the American 1800s, including in the Great Lakes Region and the Midwest and many of the wars were "Indian" wars, along with wars against the British, and even wars against other Americans. However, some Chippewa from Michigan would later become code talkers for the USA in World War II.

The longest Midwestern war included very little actual combat, but lasted from 1835 through 1973, ended by a US Supreme Court decision after 138 years.

The long war originated with Canada and the Michigan Territory that bordered the Maple Leaf Nation. Native North American wars had filled this region since at least the 1600s with 17th century European exploration and land claims. However, the Michigan-Ohio War - popularly called the Toledo War - was between American citizens and amounted to a Midwestern Civil War before the War Between the States decades later.

Today, Michigan is home to eight different Native American reservations. Ohio has none, all of its tribal peoples having been removed to the West along eight pathways now known as "Ohio's Eight Trails of Tears." An Early and Forgotten Civil War

The years 2012 - 2014 brought out a huge set of celebrations across North America to commemorate the bicentennial of the War of 1812 - 1814. However, humanity has almost forgotten about the Civil War In the Midwest that began in 1835.

The aftermath of War of 1812 in the Great Lakes Region included 10, 000 American soldiers, civilians, and merchants imprisoned in Great Britain's Dartmoor Prison through 1815, a year after the war was finished. The war of 1835 was not so far reaching.

Who was this new enemy? - Michigan.

Long before the Michigan Wolverines - Ohio Buckeyes football rivalry, the Territory of Michigan and the State of Ohio fought over a narrow strip of land.

What was the reason for the Toledo War? -- It was the drive to possess a strip of land in Northwestern Ohio, a US State since 1803. Michigan was still a territory and not a state. The prize in this war was the Toledo Strip.

The longest Midwestern war included very little actual combat, but lasted from 1835 through 1973

Why was the war-torn NW sector of the State of Ohio, founded in 1803 out of the Northwest Territory, attacked by the soon-to-be State of Michigan in 1835? Incredible! - A two-state Midwestern war.

The Wolverine State wanted a strip of Ohio land that included approximately 470 square miles in a line west-to-east from the Indiana Border to tiny Turtle Island east off the water port of Toledo (formerly called Miami). Neither state would spare the smallish 1.5 acre lighthouse island, whose fate was sealed completely by a 1973 Supreme Court Decision.

Today, the Toledo Strip is in Ohio, except for Turtle Island, which was divided in half: 0.75 acre to Michigan and 0.75 acre to Ohio. The rest of The Toledo Strip is home to part of the Ohio Turnpike today, which highway is being sold to someone else and leased back to Ohio as a moneymaking and -saving venture.

In 1835, Michigan and Ohio Governors gathered militias to fight over the Toledo Strip and to enforce heavy fines and jail time for any citizens submitting to the opponent's laws in The Strip. Michigan actually collected a lot taxes there in the Toledo Strip.

The two militias lined up on either side of the Maumee River near Toledo.

The ensuing battle consisted of name calling and other insults between the two military units (much like the Korean DMZ with its military units on either side showing off their martial arts today). There were no official uniforms for either side. The Drawn Out Truce

The Toledo War, or War of Toledo, or Michigan-Ohio War lasted two years, although it was largely bloodless and mostly a court and surveyors' battle.

In fact, the only human casualty was a surveyor that died in an actual short battle called the Battle of Phillips Corners on April 26 of 1835.

A new Ohio survey team was sent out and one of the men was shot by the Michigan Militia (who denied it), while 9 Ohioans were captured and taken into Michigan. In fact, Toledo was invaded by Michigan soldiers several times, while Ohio and Michigan raised troops and passed laws against each other ad infinitum.

Eventually in 1836, Michigan gave up the Toledo strip except for 1/2 of Turtle Island in order to gain land on what is now the Upper Peninsula (UP). Michigan was afforded two state conventions in 1836 to put the Toledo Strip matter to a vote.

The spring vote failed to solve the matter, but a December convention during an unusually cold year (The Frost Bitten Convention) succeeded. Unhappy at first, the leaders of Michigan later found heavy natural resources on the UP, like copper and the timber that helped make the state famous for its timber barons' accomplishments. On January 26, 1837 Michigan finally became an official State of the Union.

In 1836, it was a new deal that a country would expand by allowing new territory to become equal states with all the same privileges and rights of the mother country. The Midwest is often neglected by history, but both Native Americans and whites in this regions contributed a major development of the USA and the move to the West. What were these disciplines like in the Toledo area in the 1830s?

First off, the Northwest sector of the state was home to many Native American Nations that plied their fine arts and crafts. Their designs encompassed longhouses, clothing, utensils, religious artifacts, weapons, pipes, ,musical instruments, and many more. Examples can be found in both Ohio and Michigan historical museums and at Pow Wows in both states.

Examples of white settlers' arts and design productions can be seen in museums as well, including household furniture (some of the cribs are very interesting), hand crafted weapons, wooden toys, kitchen utensils, farming or garden implements, other equipment used in farming (these decorate some restaurants as well), and many others. Handmade quilts were a big needlework design production, along with some of the handmade clothing and shoes or slippers.

"Toledo, MI" is lettered at the bottom of this wooden ammunition box shown above. The box may have been used by militia in the Toledo War and is now kept at the Michigan Historical Museum as an example of both tool and art piece. Toledo was not incorporated in Ohio as a city until 1837, after the Toledo War.

White settlers, mostly French at first, began trapping for furs, many hats and coats of which are considered fiber or fur arts. Period clothing and hair styles can be seen in the slide show to the right, including those of two governors.

However, all this was probably simpler and utilitarian in the Toledo area, considering the hard pioneering work of the the 1830s. However,

Toledo was and is a major water port and updated styles eventually arrived by ship, as had the British boats of the War of 1812 - 14. Curling Irons were popular for hair styling, as were heavy clothing irons heated in a wood stove. Local plants and fruits provided dyes and tints.

Examples of Ohio and Michigan people and fashions in the 1830s: Sports And Recreation In 1835

Who had time for sports and recreation during a long period of settlement and war that lasted from Ohio's 1803 Statehood through 1837?

Canada was already enjoying curling, while Ohio farmers were cutting ice from their ponds to sell for winter income. Boxing and hunting were big sports in Northwestern Ohio, though (hunting more likely needed for food), and unfortunately, so was bear baiting here and there. The boxing was likely bare-fisted. Phrenology became a parlor game. The barn dance or square dance was indelibly part of the Ohio culture of the time. Michigan Coach Jim Harbaugh and OSU Coach Urban Meyer were born in the same hospital in what was the Toledo Strip, in the early 1960s.

The States on Lake Erie are Still at War...in Football

The Toledo discord and opposition carried through to modern times and the Michigan-Ohio football rivalry that often becomes violent on High Street in front of The Ohio State University Campus.

Reports have been that violence has deceased since the 1980s car burnings, but the truth is that violence still occurs. Bricks and chunks of broken sidewalks go through the windshields of cars with Michigan plates and as alcohol intake increases throughout the day and night, any blue car becomes a target. As late as 2014, I witnessed many bricks hitting their targets and police pursuing the brick tossers.

Further, when I rent a vehicle to drive up to the UP in the summer, I refuse any red automobile. The one time I accepted a red car, a van of twenty-somethings with Michigan plates in Ann Arbor ran me off the road, interrupting my trip. How many more decades will this animosity continue?