Lycurgus and the Great Rhetra's Drastic Impact on Spartan Society

Ancient Sparta was an authoritarian, militaristic polis that demanded discipline, order, and regimentation. An examination of Lycurgus’ reforms on Spartan society clearly accentuates the way the ‘founder of the Rhetras’ poses an indivisible significance to the development of Ancient Sparta.

Although the existence of Lycurgus is a controversial historiography issue, various scholars claim that Lycurgus after receiving the Rhetra from the Oracle of Delphi instilled a highly militarised communal system indistinguishable in contrast to other Greek city-states after the revolt of the Helots.

In regards to whether Lycurgus existed as a collaboration of political and social idealism or based on a mythological concept as a “A man dear to Zeus” , it is clear that the concept of Lycurgus and his reforms acted as a paramount political, social and educational foundation, instrumental to Sparta’s rise to power. 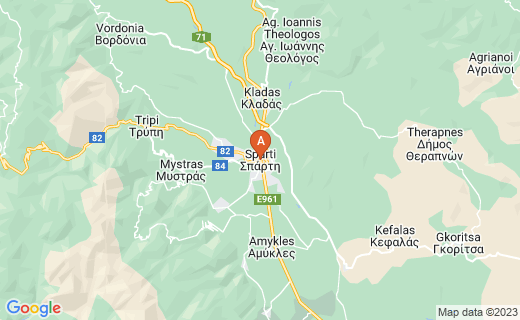 “Lycurgus, who gave them the laws that they obey” presents insight to the controversial issue of whether Lycurgus existed in 800 to 630 BC.

This is debated by differing historical perspectives such as Tyrtaeus, the 7th century Spartan poet, who mentions that two kings consulted the Delphic Oracle and brought the Great Rhetra, hence scholars believe that this could refer to early kings Polydorus and Theopompus.

What changes did Lycurgus' Great Rhetra make on Spartan politics?

Amongst the many changes and alterations which Lycurgus made, the first and of greatest importance was the establishment of the senate which had equal power to the dual kingship previously instilled.

“The Spartans unique constitution cannot be placed under any general head; cannot be called kingdom, oligarchy or democracy with misleading... It participated in all three” - J.B Bury (adapted by Aristotle).

All that according to Xenophon, “devised a system utterly different from that of most others.”

This senate was utilised to keep political power to a just equilibrium. However due to the fact the Ephorate had in their year in power maintained unlimited power amongst other Spartan magistrates, hence leading into corruption.

But in spite of this, this allowed the Ephorate control over the aggressive and unjust behaviours the kings exercised over Sparta. Therefore, Lycurgus's reforms became a foundation to the society that Spartan ideals aspired to.

The impact of the Great Rhetra on Spartan society

With meticulous precision Lycurgus’ Rhetra invoked the eunomia and camaraderie to the polis through its effect on the sociopolitical Sparta.

Embedding equality amongst homoioi was essential for sustaining military dominance since prior to the Rhetra wealth was what defined status, thus corruption. For instance, the Syssitia was instilled in order to make his “country pre-eminently prosperous.”

As a result this allowed Spartiates to concentrate their energies on warfare and the welfare of the polis. Bland meals were introduced avoiding the issues of gluttony, vanity and sickness that were consistent issues from excessive eating.

This adheres to the ‘ultimate wisdom” Xenophon refers to in the Lycurgan constitution as homoioi were made to dine together including the kings which essentially resulted in accentuating the idealism of equality as “sons of Herakles” in spite of ranks.

This degraded social and economic boundaries had provided the opportunity for older generations to impart wisdom on young generations.

Furthermore, this replaced the family and primary focus of Spartiates daily life to reinforce the exclusive status of the Spartiates in society. Therefore, Lycurgus’ reforms played a vital role in regards of invoking ideals of equality in an attempt to make Sparta “prosperous.”

The social structure of Sparta

The Great Rhetra created distinctions of phylai, obai, phrantry and oikos whilst making royalty and aristocracy equals, followed by perioikoi, inferiors and helots.

Hence, Lykourgos effectively used the Pre-Messenians as slaves as Sparta was became predominantly based on a state-run serfdom, accentuating Xenophon’s theory in making Sparta ‘prosperous.’ Consequently, Helots were relied on to complete the domestic, agricultural and military work for their Spartan masters.

“like asses exhausted under great loads to bring their masters full half the fruit their plowed land produced.”

Slavery was due to the mass numbers of helots in contrast to Spartiates created paranoia that contributed to the alienation and abuse to the submission of the social class. Therefore, Lycurgian reforms vigorously extended to the layers of Spartan society.

This is Sparta: Fierce warriors of the ancient world - Craig Zimmer

Lycurgus and The Great Rhetra's impact on Spartan Education

The agoge was directed to raise militarily ideal soldiers. Lycurgus decreed that Spartan youth, “be loaded with the greatest amount of work.” Spartan boys were organised into agelai which were supervised by 20 year old youths called proteirai.

The agele unit was subdivided into bouai, led by the bouagos. Protopapas took an erastis, chosen from men ages 20-30 years.

This institutionalised pederasty relationships between the eronomoi and erastes was endorsed by Lycurgus since, “devotion to the intellect is characteristic of Spartans.”

This was designed to create fierce warriors, instilling patriotism. This strengthened male bonds and increasing survival rates within the military. Therefore, the Lycurgus significantly maximised the chances of Spartan survival, making it militarily beneficial for the polis without, “imitating other states.”

Lycurgus and The Great Rhetra's impact on Spartan economy

“Sparta’s prosperity” according to Xenophon was due to Lycurgus. This is prevalent through the replacement of silver and gold coins with iron bars. Comparatively to silver and gold iron bars were inconvenient thus stimulated ideas of equality as it wasn’t used often, hence reducing theft rates significantly.

Occupations deemed useless was also banned including prostitution. Adultery was allowed in pursuit of creating ideal offspring. Defective newborns were reportedly cast out into a cliff after the examination of the council of elements.

Women grew with physical freedom, training as rigorously as their men in order to be fit companions and mothers, holding 40% of kleros and wielded significant economic control.

Marriage was encouraged to maintain population and preserve pure Spartiati elite. Hence it is clear that Lykourgos and the reforms had a prominent impact over all aspects of Spartan Society.

√ The issue of Lycurgus The Great Rhetra of Sparta | iitutor

In conclusion, Sparta relied heavily on Lycurgus and his reforms as the foundation to the politics, education, sociology, politics and economics that made Sparta unique.

Without doubt despite the enigmatic controversy surrounding Lycurgus’ existence it is clear that the sole basis of the instilled reforms itself institutionalised Sparta as an authoritarian, militaristic polis that demanded discipline, order, and regimentation.

Thus Lycurgus and the Great Rhetra reveals the values and the strength of the government influences in regards to the rest of the polis.