The Kowloon Walled City: The Most Densely Populated Place on Earth 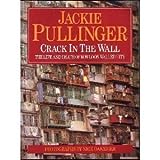 The history of the Walled City goes as far back as the Song Dynasty, 960-1279, when an outpost was set up to manage salt trading; though after this little happened for hundreds of years. It wasn’t until 1842, when Hong Kong Island was ceded to the British, that the building was upgraded to a defensive fort, with a formidable wall, to defend the area from any further British influence. In 1899 it was attacked by British forces and kept under their control, though again little was done with it. An old people’s home was established inside, as well as a school and almshouse, slowly turning the one defensive fort to a more residential area.

In 1933, however, much of the Walled City was in decay and Hong Kong authorities elected to tear most of it down, moving the 436 squatters inside to other homes. All that remained was the school, the Yamen and one lonely house. Even the wall was demolished during Japan’s occupation of Hong Kong during the Second World War, as the stone was used to extend the nearby airport.

When the war came to an end, Chinese refugees poured into the Walled City, which had been reclaimed by China. 2,000 squatters had moved in by 1947 and attempts to move them out by the British failed. With both the Chinese and British authorities backing off, the Walled City became a largely that was a haven for crime. In 1959 it was almost entirely ruled by the Triads.

Criminal gangs were so rife in the City that police would only venture in in large groups themselves. However during 1973-74 over 3,500 dedicated and rigourous raids were undertaken by the police, which resulted in over 2,500 arrests. The law began taking hold in the Walled City again, helped by the communities who lived there, especially the younger residents.

It is the construction of the Walled City, which had reached its peak at around this time, which makes it especially unique. It kept largely within the confines of the walls that once lined the fort, so the city moved not outwards but upwards, and consisted of buildings all ten stories high or more (though not over fourteen, due to the nearby airport). To navigate between the tall buildings, a maze of paths, stairways and passageways evolved – it was possible to cross the entirely city without touching the ground floor. The alleyways were so tall and narrow that natural light could not reach the lower levels. Space at the top of the city was highly valued, often covered in antennas and washing lines, and it was were people went to socalise, or children to do their homework.

Walking Through the Walled City

Though the place was once beyond the reach of the law, by the 70s and 80s the cramped living conditions meant that the Walled City was a community in and of itself, with people helping each other through hardships. The Yamen, one of the last remaining relics of the City’s history, was the center point for the City, where many went to meet, have tea or even take classes.

Still, there was no denying that the conditions within the city were tolerable, and were not keeping up with those of the rest of Hong Kong. In 1984 plans were made for the City’s demolition and the government spent billions compensating the 33,000 residents that had to be evicted from the area – some of which had to be forcibly removed. Deomlition began in 1993 and was completed the following year.

If one visits the area today, one will come across the Kowloon Walled City Park – a green, peaceful haven where many of the paths and pavilions have been named after streets in the old City. Indeed, relics still remain, such as broken down pieces of the City’s South Gate. And standing at the center of the park is the Yamen, restored and still standing, a steadfast reminder of the history of the area. 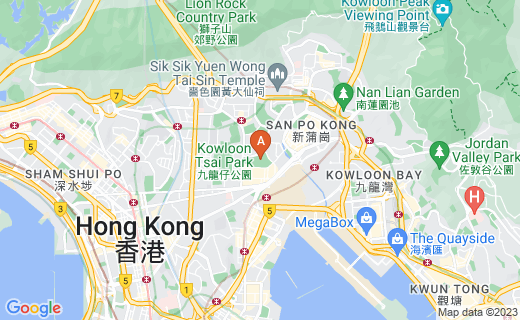 The place where the densely populated Kowloon Walled City once stood.