On the tiny North Sentinel Island, part of the Andaman Islands, in the Bay of Bengal, live a group of people who have managed to remain totally isolated from the wider world. What’s more they've done so for over 60,000 years. Those that know about them call them the Sentinelese, but the truth is that no one knows what their true tribal name is, or indeed what language they speak. The key to their isolation is their uncanny ability to ward off outsiders with a hail of obscene gestures, words and weapons. What we do know about them is based on historical accounts and recent observations carried out from a distance. 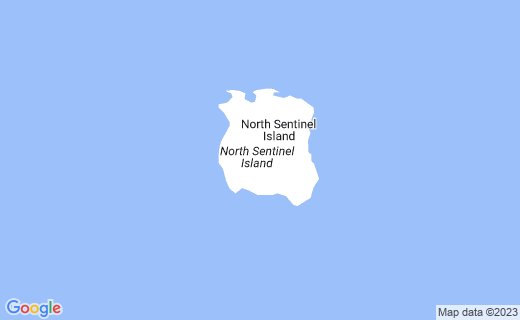 Appearance wise they are dark skinned, short in stature and have frizzy or peppercorn hair. They wear virtually no clothes. If you were to look at them, you would probably think of them as African, which seems odd when you consider just how long they have lived on their Island sanctuary. Exactly how many people live on the Island is unknown; the Indian government attempted to carry out census in 2001, and managed to record 39 people (21 males and 18 females). However, these observations are based on a group of people who crowded onto the beach to investigate the government boat, it is thought by experts that there could be as many as 250 scattered throughout the Island.

The Sentinelese are hunter gatherers and as far as we know they practice no form of agriculture and seem to lack the skills to make fire. They hunt pigs and small birds in the vast forest that cloaks the island using javelins and bows and arrows, as well as gathering plants and collecting wild honey, fruit and nuts. On the beach they collect washed up coconuts and other pieces of flotsam, which often come in the form of wooden containers thrown overboard by local fishermen. The Sentinelese also utilise the bounty of sea by hunting sea turtles, fish and collecting Invertebrates using harpoons, fishing nets and small outrigger canoes. However, they never venture into the open sea, instead electing to remain within the safety of the lagoon that circles the Island. Little is known about the sort of dwellings they construct, but it is thought that they are simple huts, providing space for maybe 3 or 4 people, most likely close family.

Observing from a Distance

The Sentinelese and The Fishermen

100,000 years ago modern human’s left their African cradle to explore pastures new. Initially they hugged the coastline, taking advantage of a tropical paradise, with rich and abundant food and resources. By 60,000 years ago, humans had reached the Indian subcontinent; at the time the Ice Age was in full swing, with immense glaciers covering large swathes of the Northern hemisphere. With so much water locked up in Ice, sea levels around the world were much lower than they are today. It’s possible that the ancestors of the Sentinelese reached their island home on foot by taking advantage of newly exposed beaches; it’s also possible they reached the Island via canoe. In any case, once the sea levels rose again, the people became cut off and totally isolated from the rest of the world.

Around a thousand years ago, Chinese and Arabian travellers stumbled upon the island and attempted to land, but were met by fierce resistance in the form of arrows and javelins. Later on, the travellers described the Sentinelese as ‘3 feet tall, with human bodies and bird beaks’. The great explorer Marco Polo also experienced a brief encounter which must have left a bitter taste in the mouth, judging by this description he gave them: ‘They are a most violent and cruel generation, who seem to eat everybody they catch’ no evidence of cannibalism has ever been recorded .

From the 18th century onwards a steady stream of Christian missionaries attempted to get onto the island in order so that they could civilise the savages and convert the heathens to the way of God, but all of these attempts were met with failure, as they were subjected to the usual hostile response. Finally, in the mid 19th century, the British seemed to have made a breakthrough, when they managed to establish a penal colony on the neighbouring South Andaman Island, the Brits were ruthless in their attempts to convert the tribes of the archipelago, including the Sentinelese into ‘decent civilised people’. They accommodated them in modern houses, dressed them in western clothes and taught them to read and write. The civilising met with complete disaster, as the indigenous people succumbed to imported western diseases, and epidemics of pneumonia, measles and influenza.

The next serious attempt to make contact with the Sentinelese came in 1967. Indian authorities based in Port Blair laid out plans to carry out a series of visits, in order to try to establish friendly relations. The decision was made to shower the Sentinelese with gifts such as coconuts to try and quell their fiery hostility. However, these friendly encounters also ended in failure, despite the generosity of the Indian government, the tribe continued to resist, killing several people along the way. In 2004, the whole of South-East Asia was rocked by a massive tsunami that caused wholesale damage and killed tens of thousands, in the aftermath of the disaster, the Indian government, who by now had made the wise decision to leave the Sentinelese alone, feared that they had been wiped out by the huge waves that caused great devastation to the area. So they sent out a helicopter to see what fate had befallen the tribe. The crew were astonished when their presence was acknowledged by a lone warrior standing proudly on the beach, shooting arrows up at the chopper. In a way, it was no great surprise that they had survived. After all, if they've managed to survive alone for 60,000 years, then it’s likely that the people possess knowledge of how to deal with a tsunami, passed down orally through the generations. According to experts, it seems that the Sentinelese survived by retreating inland, finding the highest ground possible.

In 2006, the Sentinelese came to the attention of the wider world. Media outlets around the world, reported the deaths of two Indian fishermen, Sunder Raj and Pandit Tiwari. Their boat accidentally drifted onto the shore of North Sentinel Island, the two men reported by eyewitnesses to be drunk were attacked by warriors wielding axes. Later on, a helicopter was sent to the island in order to retrieve the bodies, but was met with the usual welcoming reception, forcing them to abandon the mission. Despite the failure, the crew did observe that the Sentinelese had buried the two fishermen in shallow graves on the beach, thus refuting their belief that ‘they roasted and ate their victims’. This extraordinary incident saw a division of opinion between the two victims’ families. The relatives of Sunder Raj pressured the authorities into delivering justice and compensation. However, the Indian government were conscious of the special status of the Sentinelese, and also the pressure they would come under from international preservation groups, who fight to guarantee Sentinelese survival and also the survival of the other Andaman tribes, they were reluctant to pursue the matter. Amazingly the government and the Sentinelese found an unlikely supporter in the form of Pandit Tiwari’s father, who stated that his son got the justice he deserved, as he was breaking the law. He also stated that he believes that the Sentinelese are the real victims in all of this. A people that live in constant fear of poachers and other intruders, he understood that the people were defending themselves in the only way that they knew. He did say though, that what he would like his son’s body back, so that he and his family can bury him properly. Five years later, the bodies have yet to be recovered; the authorities are reluctant to attempt another retrieval operation, knowing all too well, what they can expect.

The Sentinelese belongs to a wider family of tribes that once inhabited every island in the Andaman archipelago, and share a common history. The Great Andamanese consisted of ten separate tribes that were widespread and numbered as many as 5,000 just 100 years ago. Unfortunately the ravages of disease and war have all but wiped them out, reducing them to just 52 individuals, all living on the Strait Island. The Onge tribe live on the western side of Little Andaman Island, and number just 95 people. Worse still, the Onge are believed to be the least fertile people on the planet, with up to 40% of married couples sterile. The Jarawa live on the Southern and Middle Andaman Islands, and like the Sentinelese fiercely resisted outside contact for millennia, despite witnessing the establishment of a British penal colony and the gradual settlement of Indian and Burmese people onto the Island. In the 1970s, the Great Andaman Trunk Road was built, cutting straight through the forest home of the Jarawa, in order to improve the infrastructure of the island, and to also boost tourism. By the late 90's, the situation was bad enough for the Jarawa to finally emerge from the forest haven, and start visiting nearby settlements. The results were tragic, with several, separate outbreaks of measles reported. Today, the Jarawa remain threatened by disease and also by tourists eager to experience a ‘Human safari’.

The Sentinelese, for now remain in isolation. It’s fortunate that the Indian government have learnt from past mistakes and decided to leave the Sentinelese to their own devices. Let’s hope for their sake, that they can survive for another 60,000 years on their Island paradise, it remains to be seen. 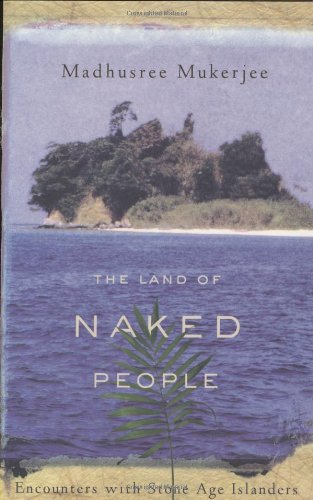