One of the more frequent science-denialist arguments against evolution is the claim that the evolution of a new species has never been observed. Besides being an illogical argument that ignores the preponderance of forensic evidence in favor of the theory, it is falsified by a number of examples of observed speciation within the span of recent history. One of the most interesting of these examples comes from a rather infuriating creature: The London Underground mosquito.

This sub-species of mosquito, named Culex pipiens molestus by biologists, appears to have branched off from an above-ground population of Culex pipiens pipiens mosquitoes around the time the London Underground was being dug in the mid-19th Century and subsequently adapted to the warm subterranean climate of this newly-created environment.

The existence of these underground pests has been known for many decades, having been a particular annoyance to Londoners seeking refuge from the Blitz bombings of World War II. Behavioral differences between these underground mosquitoes and their above-ground brethren had been observed for many years. Above-ground Culex pipiens pipiens in London feed primarily on birds, mate openly in large swarms, and live seasonal lifestyles - lying dormant in warm, sheltered areas during the winter. The below-ground Culex pipiens molestus feed on humans and rats, have very private sex lives, and are active year-round in the moist and temperate environment of the subway system.

The exact relationship between the two species - and indeed whether they were truly different species or just two populations of the same species - has remained a mystery for many years. 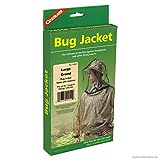 Some major clues to this mystery were found in the late 1990s, when geneticist Richard Nichols of Queen Mary and Westfield College at the University of London, and his then-doctoral student Katherine Byrne began performing genetic analysis of the underground and above-ground populations of mosquito at multiple London locations.

The results showed that all the alleles found in the Underground variety of mosquito were also found in the above-ground species, suggesting that Culex pipens molestus was indeed a descendant of London's native Culex pipiens pipiens. Had the underground variety been a foreign import, perhaps brought from mainland Europe as a stowaway in an unsuspecting traveller's luggage, it would have had some completely unique foreign alleles.

The C. molestus populations at different tube stations also showed far more genetic similarity to each other than they did to the corresponding above-ground population of C. pipiens, suggesting that the C. molestus mosquitoes began their conquest of the London Underground in one location and spread via subway tunnels rather than establishing individual colonies at each station.

Perhaps most important to the question of speciation was whether the above ground and underground populations could interbreed, as this is one of the critical determinants of a new species. Byrne and Nichols (mostly Byrne) collected eggs from the breeding mosquitoes at multiple underground and above -ground locations, raised the sample populations to maturity, and attempted to interbreed them. While the Underground mosquitoes from different locations all readily interbred with each other, they could not produce viable offspring with their above-ground counterparts.

The data indicates that the London Underground mosquito is in all likelihood a descendant of a local above-ground population, demonstrating how speciation can occur between populations that are reproductively isolated.

Molestus on the Move

More recent studies on underground mosquito populations in other cities in Europe, North Africa, the Middle East, and Asia, using genome analysis of mitochondrial DNA, have shown remarkable genetic similarity between all of these widespread C. molestus populations.

Though one interpretation of this data is that the molestus variety is much older than the London findings suggested - dating back thousands of years rather than hundreds, another is that these underground mosquitoes radiated from a single recent population, their larvae carried along international trade routes before settling in underground niches in their new locations. In either case, the speciation event would have occurred well within the span of human history.

Further study will be needed to answer some of the outstanding questions of exactly how and when the London Underground mosquito evolved, and if indeed this creature can be officially classified as a new species or simply a sub-species of the existing Culex pipiens mosquito. As useful as Linnaean taxonomy was in 1735, it doesn't adequately capture the complexities of changing life forms as they can be measured today with modern genetic analysis. However, the example of the London Underground mosquito clearly provides an excellent demonstration of the mechanisms of evolution and speciation at work as life occupies a new, artificial ecosystem.