On July 11, 1469 George Plantagenet, Duke of Clarence and Isabel Neville married. The marriage was really one of politics more than anything else for both George and his father-in-law, Richard, Earl of Warwick. It set up the initial attempt for the brother of Edward IV to take the throne.

Edward IV Against the Marriage

The king was against the idea of the marriage. While he wanted the best political marriage for his brother, he also wanted to keep his cousin, Richard, as far away from the throne as possible. He was too close after helping Edward IV win the throne back in 1460, and feared a rebellion. This was likely considering Edward’s marriage to Elizabeth Woodville in 1464.

At the time, George was still the heir presumptive as Edward had not had any sons. Should Edward die, George would become the King of England, and that would mean Isabel would be the queen consort. Richard would have a lot more power than he currently had as the king’s father-in-law rather than just the king’s cousin.

The Secret Marriage of George, Duke of Clarence and Isabel Neville

George and Richard wanted the marriage to go ahead, so it happened in secret. They reached Calais and on July 11, 1469, George and Isabel were married.

The main reason for the marriage was for the political alliance between the two. By this point, the Woodvilles had become extremely powerful in court. The Nevilles were losing their influence over the king, and Richard didn’t like that. He knew that he would be able to keep the influence over George if he was his son-in-law.

The marriage would also work out for George. As the heir presumptive he was so close to the throne, but still so far. One son for Edward would push him further away from the throne, and he didn’t want that. There was also the rumor that he was the eldest legitimate son of Richard, Duke of York, due to the questions surrounding Edward IV’s conception. George knew that he needed help to get the throne, and the best person was the one who helped Edward take the throne nine years earlier.

The Alliance With the Lancastrians

It was just after this that an alliance with the Lancastrian forces was developed. Richard, Earl of Warwick turned to Margaret of Anjou with a promise to put Henry VI back on the throne. To do that his younger daughter, Anne Neville, would marry Edward of Westminster, Margaret and Henry’s only son.

It wouldn’t work out for George with this alliance happening. He was pushed further away from the throne, as Edward was the heir presumptive. With some help from Cecily Neville, George was allowed back at the English court and rejoined his brother. Isabel left her family and joined George as she was now his wife.

The Children of George and Isabel

The couple had four children, but only two of those survived infancy. The first child was born onboard a ship just off the coast of Calais. The gender of the child is debated, with some claiming it was a boy. However, many sources state that the child was given the name Anne, and she died just a day after her birth.

Three years later, their second child was born. This was another girl, and they named her Margaret. She would grow up and live until she was 67-years-old. Many know Margaret Plantagenet as Margaret Pole, Countess of Salisbury. She managed to live a fairly decent life despite her mother dying young and her father being executed. However, she found herself on the chopping block because of Henry VIII.

The third child was finally a son, and one who did outlive his parents. Edward, 17th Earl of Warwick was born 18 months after Margaret, but spent much of his life in the Tower of London. Henry VII saw him as a threat, despite George’s execution in 1478. Edward tried to escape the Tower of London and ended up being executed in 1499.

Finally, the couple had a second son, Richard. This child lived for three months, and died just 10 days after his mother. Isabel Neville died of either consumption or childbed fever two and a half months after Richard’s birth. They were buried together, as was customary at the time.

Fanmade Video of Isabel Neville From The White Queen 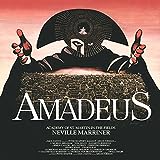 It is a common question when it comes to marriages in the 15th century. Considering the marriage was mainly for politics and power, did the two love each other?

Much of the marriage was about money and power for George, but that does not mean he did not come to love his wife. He was certainly upset at the time of her death, and in his grief accused one of her ladies of witchcraft.

George is often viewed as a mentally unstable man, and it seems that Isabel was the calming force that was needed. It was only after her death that he went off the rails, so to speak, and started his next and final attempt for the throne. The rebellion was enough to have him tried for treason and executed.

Before his attempts for the throne, though, George made sure his wife had the funeral she deserved. He wanted her to be remembered. It was just a month later that marriages were proposed for him, but Edward declined them. George may have opted for them, as he did want power, money and titles. This doesn’t mean he never loved or cared for his wife though. It was a sign of the times they lived in.

Do you think George loved Isabel? Is there something you find interesting or sad about their marriage?