The Mustang: The Right Plane at the Right Time The P-51 Mustang is the plane that won the battle over Germany. Other planes contributed but it was the Mustang that turned the air war over Germany irreversibly in the Allies’ favor. The Mustang had what every fighter plane should have, speed, maneuverability, and range. No study of military aviation development is complete unless it includes the Mustang.

The Mustang in World War II

The Mustang I had an engine without a supercharger. This meant its performance dropped off sharply above 17,000 feet. The USAAF[i] ordered a small number of Mustangs, designated P-51As and A-36s, for the ground attack role. The RAF liked the airframe so they looked for a supercharged engine that would improve its performance at high altitude. The P-51s were fitted with a Merlin 61 engine and this variant was the P-51B.[ii]

The Merlin engine solved not only the Mustang’s deficiency but a USAAF 8th Air Force deficiency. The high bomber losses over Germany forced the 8th Air Force to prohibit bombing mission beyond the range of escort fighters. The P-51Bs had the range to escort the bombers to any target in Germany.

The number of escorting Mustangs grew and the ability of Luftwaffe fighters to reach the heavy bombers diminished:

In July, 1944 Major Erich Hartmann who had 235 air victories to his credit[x] went after 4 Mustangs that were attacking another Bf 109. He shot down one P-51 and damaged another then other Mustangs came after him. He ordered his wingman to return to base. Hartmann soon was sandwiched between 8 Mustangs. Hartmann realized had the Mustang pilots been better shooters he would be dead. Hartmann’s plan was to keep turning and make his way back to his base where the base’s anti-aircraft guns would drive off the Mustangs. Before this happened the P-51 showed another advantage it had over its adversaries. Hartmann ran out of fuel and had to bail out.[xi] In this as in many other cases the aircraft with more fuel wins. In that combat P-51s shot down nearly ½ of the fighters in his Gruppe.[xii] As a result of this action orders came down that the unit was to no longer attack American fighters.[xiii]

Then General of the Luftwaffe fighter arm, Adolf Galland, went up in an FW 190 one day to survey an air battle. He shot down a straggling USAAF heavy bomber. Four Mustangs attacked him. He wrote in his book “I simply fled”.[xiv] He couldn’t outrun the P-51s. He saved himself by a ruse he previously used in the Battle of Britain. He opened fire with his guns. In such circumstances the opposing pilots couldn’t tell if the rounds were coming or going. If any of the empty shell casings struck the opposing aircraft that would give them more reason to believe they were being attacked. The Mustang pilots broke off their attack. On April 26, 1945 Galland attacked a B-26 formation with his Me 262 jet fighter. He shot down one and damaged a second. He turned to see what happened with the second B-26 when a Mustang gave Galland’s jet a long burst. The Mustang’s .50 caliber bullets heavily damaged his Me 262 and Galland was wounded. Galland would have bailed out except for rumors he heard of American pilots attacking jet pilots in their parachutes. He gave his aircraft another try and got one engine restarted. He returned to base and spent the remainder of the war in the hospital.

On November 8, 1944 Major Walter Nowotny and 5 other Me 262 jet fighters took off to attack the 8th Air Force bomber formations. Nowotny had shot down 257 enemy aircraft. He shot down a P-51D piloted by Lt. Robert W. Stevens. Then he reported one of his engines failed. It’s unknown if it was an engine malfunction or if it was battle damage. Nowotny was shot down and killed by other P-51s.[xv] Soon after Nowonty’s death the Luftwaffe disbanded Kommando Nowotny.

[x] Oberst Erich Hartmann became the highest scoring fighter pilot with 352 kills and became an oberst (colonel) in the Bundesluftwaffe.

[xii] A German Gruppe (Group) had about 36 aircraft.

[xiv] The First and the Last by Adolf Galland.

The Israeli Air Force acquired some P-51s in the fall of 1948. On November 20, 1948 Wayne Peake, a Gentile volunteer from America, intercepted a high flying RAF Mosquito. There was a failure in Peake’s oxygen system which blurred his vision. He fired a short burst before he ran out of ammunition. He thought the Mosquito got away. The Mosquito exploded over the Mediterranean. This caused the RAF to suspend reconnaissance flights over Israel. An Israeli P-51 is believed to have scored another air victory in its War of Independence.[i]

Mustangs flew missions in the 1956 Sinai Conflict. On one mission 6 P-51s attacked a convoy and destroyed 12 tanks and at least 25 other vehicles. Of the 15 planes the Israelis lost in the Sinai Conflict 10 were P-51s. Although the Egyptian Air Force had modern jet fighters, for 1956, all of the P-51 losses were to ground fire. [ii]

In 1945 North American developed the P-82 Twin Mustang. The P-82 was an attempt to deal with pilot fatigue from long range missions. The Twin Mustang had 2 P-51 fuselages mated together. One pilot would fly the plane to its patrol area and the other pilot would engage in combat.

On September 18, 1947 the United States Air Force (USAF) became a separate service. Among the changes the USAF made was to change the designation for fighter aircraft from “P” for Pursuit to “F” for Fighter. So the Mustangs in the USAF were referred to as the F-51s and the Twin Mustangs were referred to as F-82s.

North Korea invaded South Korea on June 25, 1950. The next day P-82s flew air cover over Inchon harbor. A North Korean fighter unsuccessfully attacked a pair of F-82s. The next day there was an air combat between 5 USAF F-82s and 5 North Korean Yak fighters. The F-82 shot down 3 of the Yaks without loss. These were the first air-air victories of the Korean conflict and the only victories for the F-82s. The USAF credited Lieutenants William G. Hudson and Charles B. Morgan, and Major James W. Little with the victories.[i]

The F-51s scored their first Korean air victories on June 29th. The Mustangs downed 4 Yaks. Lt. Orrin Fox scored 2 of these victories. Four members of the USAF received the Medal of Honor, all posthumously, during the Korean Conflict. One of these recipients was F-51 pilot Major Louis Sebille who after being wounded on a strafing mission crashed his Mustang into 2 partially hidden half-tracks. On December 28th a ground attack by Mustangs convinced 100 Chinese soldiers to surrender. Lt. J.G. Harrison scored the last air victory for an F-51 on June 20, 1951. He shot down a Yak fighter. That day a MiG-15 shot down an F-51. The USAF F-51s continued flying ground attack missions in Korea until January 1953. The Republic of Korea Air Force flew the F-51s missions until the cease fire and beyond. [ii] 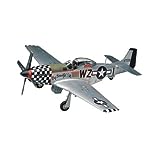 A thank you to Mike Marshall for suggesting I try my hand at a P-51 article.