The Old and The New Zodiac Dates and Signs

There's a new zodiac on the market. So, if you didn't really got along with yourself there's a chance for you. So, you aren't a Scorpio but a Libra. That's why you couldn't understand yourself. That's why the predictions made for your sign never fulfilled, that's why you think that what ever happened to your friend should have happened to you. Because the Old Zodiac is wrong.

According with Parke Kunkle, professor of the Minnesota Planetarium Society interviewed by Fox 9 News, the ax of the Earth is now pointing in a different direction then some 3000 years ago, thus changing the Zodiacal signs. This happens because the Earth is spinning and it's ax is moving as it spins.

The astronomical calculations, made by computers, determined the new Zodiac as follow:

The Old Zodiac Signs and Dates 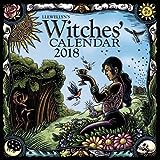 The new Zodiac sign is called Ophiuchus and it has been placed between Scorpio and Sagittarius. in fact, Scorpio is so short that it may disappear all together when the next new zodiac will come, 3000 years from now.

Ophiuchus, or Serpentarius, was known before as a Zodiac sign but rarely used. Now, it is about to gain a new reputation.

Each zodiac Sign has its own characteristics. It is not clear yet if they will follow the sign in its new astrological place or they will keep the old location, being switched to the new sign. Astrologers and mystics have a lot to work from now on. Besides, the old Zodiac has its corespondents in other Zodiacs, like the Chinese one. Now, these will change too.

Some people are very serious when it comes to astrological signs. It is believed that the alignment of the stars on a certain moment can contribute to success or failure, can favour or not a certain action or predict the future. The relation between a humble human being and the stars is determined at birth, when the stars are in a unique arrangement. That is the signs that every one of us has been born under. This sign would give us general physical and psychological characteristics, skills and talents and so on. Sometimes these sign representations are just anecdotal facts on one's biography but other times they are used as a proof of one's achievement.

The new zodiac will upset some people and make happy some others. Some of us may not care abou it at all. More important may be the scientific fact behind it. I, personally, hope that the three good fairies would still be the same.