A revised version of this essay is included in the recently published, second edition of my (Freeway Flyer) American history book. 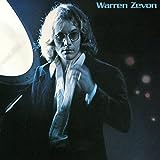 When we cover the late 19th century American West in my History classes, I have students start with a simple exercise. I have them brainstorm a list, either in pictures or in words (or both), of whatever comes to mind when they think of Western movies. Over the years, it has been amazing to see how consistent these lists are: cowboys & Indians, gunfights, gold prospectors, ghost towns, saloons, outlaws, desert landscapes, wagon trains, etc. Decades after the golden age of the American western, these images are still embedded into our minds.

These powerful images of the West can be summed up with three basic ideas. First, there is the belief that this was the “Wild West,” a crazy place filled with crime, duels, drunks, gamblers, bar fights, and dancing girls/prostitutes. As a place that was new and somewhat unsettled, law and order had not quite been established. Without a sheriff that was fast on the draw and a decent deputy or two, you would basically have anarchy. A second, subtler idea is the West as a land of independent pioneers. On the frontier, you were forced to take care of yourself. So if you were tough, devious, and/or smart, you could become a successful farmer, gold prospector, cattle rancher, or small town businessman. Finally, the West is often depicted as an unspoiled wilderness, a land of wide-open spaces untouched by the environmental effects of civilization. Because the western plains, Rocky Mountains, and southwestern deserts were tough places to survive, early 19th century pioneers often skipped these lands on a perilous journey to the west coast. But by the late 19th century, these were the only frontiers left in the continental United States. So if you wanted to see the last of America’s natural landscapes, and if you were tough enough to survive, it was time to “go west, young man.”

But after taking a little time to look at the historical record, it becomes clear that the real West was a bit different from the typical depiction in Hollywood. Native Americans, rather than being the savages blocking western settlement that were so often depicted in old Western movies, were generally victims of expansion rather than impediments to it. By the late 19th century, they were generally rounded up onto reservations, no longer able to live fully their traditional ways of life. The West could certainly get violent at times, but Western towns were far less violent than in the movies. Gunfights were spontaneous acts of ugly violence rather than glorified duels in the middle of the street, and the “good guys”, who were not always easy to identify, did not always win in the end. And when people were shot, they did not necessarily die instantly with a single bullet wound to the chest. Instead, they might die slowly, complete with blood, guts, excruciating pain, and dismembered body parts. Over time, the independent gold prospectors, “open range” cowboys, and family farmers became less common, replaced by mining companies, large cattle ranches enclosed by barbed wire, and big commercial farms. As in the rest of the country, corporations became increasingly common, and a growing number of Westerners found themselves employees rather than independent pioneers. And after years of trampling, farting, grass-eating cattle; large scale industrial mining; and primitive farming practices on land ill-suited for agriculture in the first place; the untamed wilderness began to lose its pristine quality.

Why are Westerns so Popular?

These inconvenient realities, however, have not stopped the images of the “Old West” from staying very popular. It is not difficult to understand why. When Western dime novels began appearing in the late 19th century, Americans ate this stuff up for one basic reason: these Western stories seemed to be the polar opposite of their lives in the east. For this was a time when urban, corporate, industrial America began to truly take hold, with a growing number of Americans finding themselves living in crowded, unsanitary cities; working in horrific factory conditions; and watching most of the profits go to corporate tycoons. The idea that there was still a place with wide-open spaces where the independent pioneers could still thrive was very appealing. In the West, real men dominated, surviving on their toughness and their wits. I imagine that people would have paid good money to watch John Rockefeller in a gunfight against Wyatt Earp or Buffalo Bill Cody, just as people today would love to watch Bill Gates in the ring with the ultimate fighting champion. They would also love to see if one of those corporate geeks could make it as a farmer, gold prospector, saloon owner, or cowboy. Someday, people dreamed, they would flip the boss off, buy a cowboy hat, and head off to the frontier. Few actually took this drastic step, but it was nice to think that you still could.

Western movies are not as common as they once were, although the genre still lives on. And in the general culture, you can still see the glorification of our Western past. The ultimate example of this would be the modern definition of the cowboy. Strangely, modern people who might identify themselves as cowboys are unlikely to work with cattle. Rather than being a person doing a specific job, the cowboy has become a person who follows a certain lifestyle: cowboy hat, leather, boots, a truck (complete with a gun rack), country music, rodeos, and NASCAR races. Now while I am stereotyping just a little, there is no doubt that the term cowboy has taken on a meaning very different from its original connection to cattle ranching. And what was formerly a pretty lousy occupation filled with potential injuries, nasty weather, loneliness, and rashes/ pain/ numbness in places that I will refrain from naming, has evolved into some sort of tough, manly, heroic figure holding on to so-called traditional values. The iconic figure of the American cowboy, more than anything else, demonstrates the degree to which the realities of the Old West evolved into myth and legend.

When I finish discussing the Old West, I leave students with one, final half-serious task. I tell them that someday, I want one of my students to become a great filmmaker who utilizes his or her skill in making the true American Western. Instead of heroic cowboys taking on bad guys and Indians out on the plains or in a one-street town, I want a movie filled with farting cows, industrial mining operations ran by corporations, cowboys with hemorrhoids, physical abuse of prostitutes, and spontaneous gunfights where someone gets shot in the back and dies slowly. This would undoubtedly be a blockbuster, earning dozens of dollars at the box office. And while it may be a commercial flop, at least this future great filmmaker can take solace in its historical accuracy. Or then again, maybe future filmmakers should stick with the John Wayne formula.

Videos about the Old West

We Shall Remain: America Through Native Eyes
Buy Now

Books About the Old West

Bury My Heart at Wounded Knee: An Indian History of the American West
Buy Now