The Parentified Child In The Family

THE PLIGHT OF THE PARENTIFIED CHILD

Childhood is usually the freest time in a person's life. When a person is a child, he/she is free to explore the environment in all its complexities. Childhood is the also the time to be as wildly experimental as one wishes to be without reproach. Childhood is the time which has the least stress and responsibilities. However.......there is always a however.

Yes, however, there are children who have very little or no childhood in the strictest definition of the world. While other children are playing, exploring, and just being a child, these children are assuming responsibilities way beyond their age level. These children are performing the majority of the household duties and being a second parent to their younger siblings. Or perhaps these children are caring for a sick parent and/or grandparent. Still others are the family's main breadwinner.

They are called parentified children because they are assuming the parenting role either by doing the bulk of the household duties, being caretakers to their relatives, and working/contributing their income towards the family household. These children are assuming adult roles instead of enjoying their childhoods. In the book LOST CHILDHOODS-THE PLIGHT OF THE PARENTIFIED CHILD by Gregory J. Jurkovic, Ph.D., a psychologist, he detailed that parentified children assume the bulk of familal responsibilities as caretakers and parents instead of having the freedom to be a child. Dr. Jurkovic further stated that parentified children are usually oldest children, specifically oldest daughters, of large to very large families who are often assigned to be the second parent to their younger siblings.

Sociologist James Bossard in his study of large family culture in 1956 maintained that oldest children in large families are forced to assume parenting and other caretaking responsibilities for their younger siblings. This is because parents in large to very large families cannot effectively raise a large number of children by themselves. Parents of large to very large families are outnumbered and have little span of control. The result-they compel their oldest children to assume parenting responsibilities in raising their younger siblings.

I have heard parents from large to very large families stating that THEY do not raise their children at all but leave it to their oldest children to do the job. I had a maternal aunt in law, a mother of eight children, who did not work at all, not even doing housework. She just sat around, watching television all day. She just delegated all the parenting and household duties to her oldest daughter who performed such duties from the time she was eight years old.

There is another instance which a coworker related to me that her maternal aunt who had twelve children had her oldest daughter stay home from school to care for her younger siblings in addition to performing all the household duties. This woman also neither worked outside the home nor inside the home. It is de rigueur for oldest children in large to very large families to be second or surrogate parents to their younger siblings.

However parentified children occur in small to medium sized families also. Especially if there is only a single parent in the household. The parent is working and the oldest child in the family is expected to assume many of the parenting responsibilities for the younger sibling/ siblings. This is natural and expected because the single parent is working hard to provide a stable life for the family. He/she is not expected to shoulder all of the responsibilities so the oldest child can become a participating member of the household.

Another circumstance of being a parentified child in the small to medium sized family is that both parents are working outside the home and they simply cannot afford any type of outside help. So they enlist the oldest child to care for their younger sibling/siblings and other related duties to make family life easier. Because of uncontrollable circumstances, a child assumes the caretaking role for a sick or severely handicapped parent/parents or grandparent/grandparents because they are physically unable to care for themselves.

There are children because they possess either beauty and/or prodigious talents have the one in a million luck to have a highly lucrative job either in the entertainment business or is a highly successful entrepreneur. In some homes, their parents are working and being the breadwinners who are not taking advantage of their children's incomes but are investing it for their future. However, there are some parents who see their children's lucrative careers as their way out of socioeconomic struggles. These parents are not above using their children as a meal ticket and expecting them to support them and to be the family's breadwinners. Some noted examples of these are Judy Garland, Michael Jackson, Lindsay Lohan, Jodie Foster, River Phoenix, Robert Blake, and the late Jackie Coogan, ex-child star who was best known as Uncle Fester in THE ADDAMS FAMILY, the 1960s television series.

Still there are children in socioeconomically depressed families who must work in addition to attending school in order to keep their families at a barely subsistent level. In some of these families, both parents are unemployed, either by design or by force. Still many lower socioeconomic class parents are classified as the working poor i.e. their salaries cannot adequately support their families so they need the oldest or older children to work to contribute to the household.

Many parentified children resent their childhoods being taken away from them. As they mature and become adults, they long for their missed childhoods. Many of them rebel against the constraints of adulthood and become more childlike as adults. Still others try to live as stressfree and carefree lives as possible and avoid as much responsibilities as possible.

Many other parentified children accept their challenge as it assisted them in developing responsibility and empathy towards others. They learned responsibilities at an early age which prepared them for the adult world. Some of them learned very early that nothing was going to be handed to them and they must work to have a successful life.

In summation, childhood is supposed to be a carefree time without responsibilities. Many children do have a wonderful and carefree childhood. However, there are others, because of either familial or socioeconomic factors, must assume adult responsibilities at an early age. The term for these children are "parentified children."

Parentified children assume onerous responsibilities at a time when they should be enjoying their childhoods. Many of them rebel against the constraints of their responsibilities as they become adults. As adults, many of them become childlike e.g. Michael Jackson. Some of them completely avoid any type of responsibilities, thinking enough is enough!

Still others view their childhood challenges as a plus. Their experience made them more responsible and empathetic towards others. Many others believed that it prepared them for the adult world when one must be responsible for one own's life as nothing is handed to you.

RAMIFICATIONS OF BEING AN PARENTIFIED CHILD 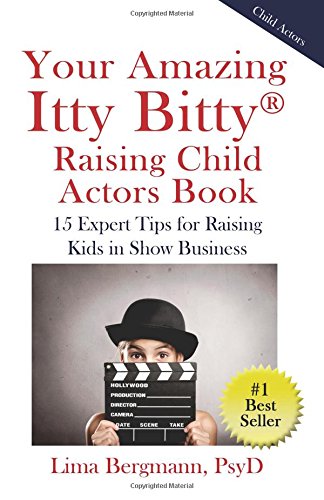