The Heart Of The Culture

Tao/Yami Carved Pole on the Island of the People

Orchid Island Studied by The Smithsonian and National Geographic

Did you know that "Totem" Poles originated in the Eastern Hemisphere and the Pacific Islands before they appeared in the North American Pacific Northwest? That is a fascinating story of migration!

The Smithsonian, National Geographic and IBM partnered in the 1990s to gather and trace human DNA markers. Part of this exciting venture includes a trip to Orchid Island near Taiwan.

Travel correspondent Joseph Rosendo traveled to Orchid Island in order to meet and study the Tao people for a PBS television special filmed in 2011. Subsequently, many people have become interested in the subject of DNA testing for heritage and for tracing the migration patterns of various peoples of the world.

The Rosendo Expedition and Report of 2011 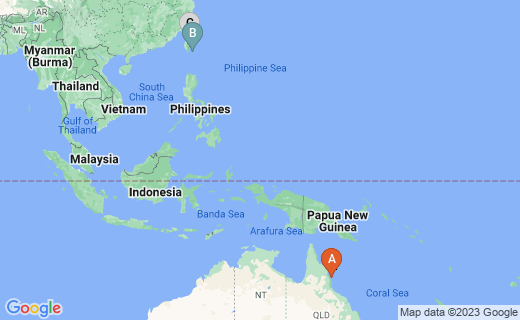 Lanyu, Island Of The People

The Tao People of Orchid Island call their homeland in their own language "Pongso No Tao." This phrase if translated as "Island of the People." It is also called "Lanyu." 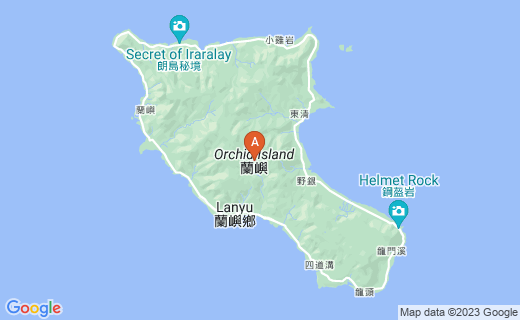 Across The Pacific Ocean In Canoes

Viewing the Rosendo documentary and travelogue brought back to memory some documentary and historical fiction films about inhabitants of Oceana (Oceania) traveling to North America and Mexico in handmade boats and large canoes.Their journey was quite an effort.

Another theory is that carved wooden poles that would become the model for Northwest Pacific carved cedar logs washed up on the shores of Vancouver island long before Captain Cook happened upon groups carving intricate poles.

These suppositions are embroiled in much debate, but interesting to read and watch, while the National Geographic/IBM/Smithsonian Genographic Project is still under way, tracking migration of human populations and the DNA markers that traveled with them.

So many islands exist between all of Asia and North America, that we may never visit them all and meet all their peoples. However, the Tao people are very interesting and friendly, although developing tourism may still seem a bit odd to the aboriginal people at this point. An increasing number of travel and vacation blogs mention Orchid Island in the 2010s, with a few mentions of just a few native inhabitants being less than friendly.

Canoes From Oceana To South America? 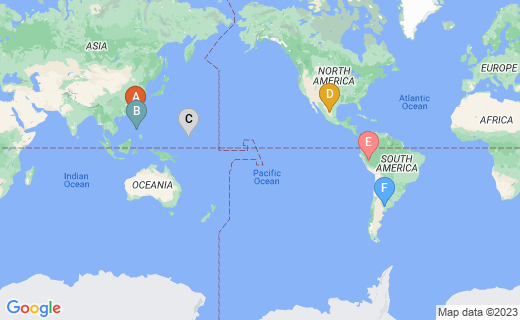 Scientists looking into the DNA of ancient and modern chicken breeds found throughout Micronesia and Polynesia have determined that they are genetically distinct from those found in South America. The research runs counter to a popular theory that Polynesian seafarers might have reached the coast of South America hundreds of years ago, before European explorers.

— Rolf Smith at National Geographic, one of th esponsors of Human DNA Studies

Many Islands Are Clustered

So many islands exist between all of Asia and North America, that we may never visit them all and meet all their peoples. We may miss DNA links because of this.

However, the Tao people are very interesting and friendly, although developing tourism may still seem a bit odd to these aboriginal people at this point.Hopefully the business helps their economy and quality of life.

An increasing number of travel and vacation blogs mention Orchid Island in the 2010s, with a few mentions of just a few native inhabitants being less than friendly.

Island Peoples Near Lanyu, Taiwan In the North and South Pacific 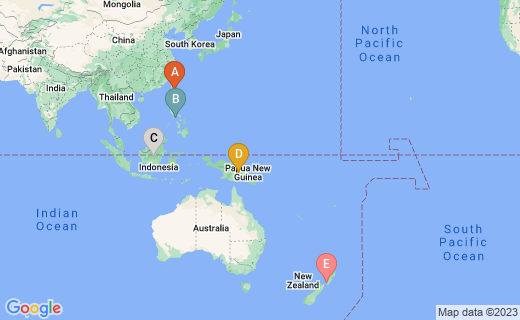 The people of Lanyu might have come from any of the South Pacific Islands and Oceana.

One of the first things I noticed in particular during the documentary mentioned above was the Tao's own version of a totem pole - at least a carved pole with animal symbols - outside of their meeting or working house.

The pole is tall and colorful, with paintings of the important flying fish that is a basis of Tao culture and economy. The pole is tall and yellow, with a few large flying fish spiraling around the pole with other figures. Painting and carving extend to the handmade plank fishing boats the people produce for the men's fishing work.

Across the Internet, some individuals call the boats Puzzle Boats, because they are assembled in exacting pieces.

From the videos accompanying this Hub, readers can see that these boats resemble canoes of other aboriginal people like the Eastern Woodlands Nations, but with different colorings and tall fins fore and aft; but also somewhat resemble the larger boats of the Kwakiutl in that symbols are painted on them. 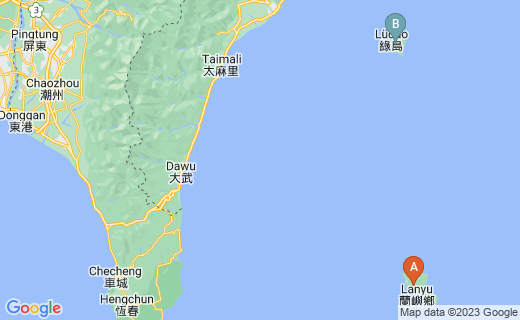 The flying fish is the basis of the local economy, along with agriculture that involves yams and millet. Many ceremonies mark the importance of these elements.

Flying Fish Festival Celebrates a Gift From the Gods The Tao (2 syllables, Ta-o) language is reported to be more closely related to northern Philippine Islands languages than to languages of the Aborigines on Taiwan. Orchid Island is located closer geographically to Taiwan than to the Philippines, however, which are farther to the Southeast.

This language similarity suggests possible migration from the Philippines to Orchid Island or vice versa. Mainland China apparently had no knowledge of Orchid Island before WWII, because Orchid was under Japanese supervision for anthropological research and visitors to the island were banned during those years. In 1945, China took control of the island and incorporated it into a unit called the Read-Headed Township in Taitung County on the lower east side of Taiwan.

The Tao people are also called Yami, their island is also called Lan Yu, and one other island is included in their county. This is Green Island, a notorious prison colony.

Another dozen (12) Aboriginal nations are not recognized by the Taiwanese government, but consider themselves separate nations. The languages of all the nations in this area are Austronesian*, with some interrelated with one another more than others.

*A linguistic family found throughout most areas of Southeast Asia, the Pacific Ocean, and the Indian Ocean. 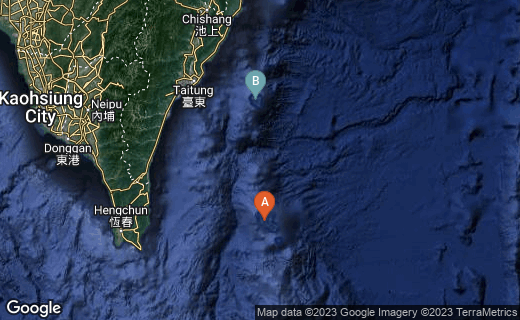 In the Genographic Project, researchers report on the Atlas of Human Journey that Haplogroup B (mitochondrial DNA) appears on Taiwan as well as among North and South Native Americans. This may support a few similarities in appearance, dress, and customs among peoples living several thousand miles apart. It could also represent coincidence, but the Genomic Project seems rather convinced of migration, This means boat trips from the North and South Pacific to the Americas.

Haplogroup M119 (Y-Chromosome) is also found on Taiwan, as follows, from Paternal genetic affinity between western Austronesians and Daic populations, By Hui Li, et.al. 15 May 2008; CC by 2.0 (Reference: see link below).

Haplogroup O1a-M119 is also present in Siberia (e.g., the Nivkhs, Ulchi/Nanai, Yenisey Evenks , and most highly among the Buryats in the Sayan-Baikal uplands of Irkutsk Oblast.(Reference: ibid. Hui Li, below); and in southern Han Chinese.

**This makes the Tao and others a little different from the mainland Taiwanese, genetically, having likely intermixed with other groups in the Vietnam corridor.

Genetics and the Tao People

National Geographic reports that 40 species of flying fish live in a band of waters around the world at the latitudes of Taiwan and the Philippines. As of 1st QTR 2012, these fishes were not threatened or endangered. In 2016, the Tao people continue to catch them in large quantities each year.

A traditional Flying Fish Festival is held annually on Orchid Island and tourists arrive to watch. The Tao reportedly look on the flying fish as a gift from the traditional gods for 5-6 months a year and for that reason hold the festival, decorate their boats, paint the fish on totem poles, and honor the fish in other ways.

A system of traditions and customs surround the arrival and departure of he hordes of flying fish and as part of culture, is maintained by the people and promoted by museums and tourist agencies.

The actual festival begins in the second or third Lunar Month of that calendar, similar to the time of mid-winter festivals among the Kwakiutl and Iroquois Nations in North America, as well as some Southwest US Native American Nations.

The festival progresses through months, with the blessing of the boats, praying for the catch, calling up the fish, first fishing-night ceremony and meal, fish storing, and the end of the fishing season ceremony.

Similarities in Fishing Boats and Other Wood Carving

The flying fish is a sacred-gift animal to the Tao people and appears on their carved wooden poles outside homes and other buildings along the shoreline of Orchid Island. The rest of the volcanic island is largely mountain and rock, but farmland has been developed near the shoreline and the sea provides food.

Many of the dwellings are set into the ground, flush with the surface in a method of construction used to protect the homes from typhoons. "Working houses" are larger and one shown on PBS was large enough to sleep eight individuals, also having a kitchen and bathroom. Polished wooden floors are complemented by a wall border of blue stylized fish on a cream-colored background. It may be that tourists stay in these larger facilities as well.

The beginning of the fishing season requires the fishermen to wear loincloths (and silver helmets, as reported by some sources). These cloths are woven by the women on simple lap looms and the colors red and black may not be used together for fishing.

Many of the red and white painted plank boats are further decorated with an "eye" and other symbols representing home and the sea. You can see the eye forward on the boats in the videos attached.

Orchid Island has become a popular travel destination and perhaps this is one reason that the PBS special was filmed there; plus, the people and culture are fascinating. Because they were isolated from the rest of Asia by water and then by Japanese rule until 1945, the Tao has a head start on preserving their culture in modern times. In the 21st Century, they maintain their traditions, while allowing visitors to observe. In fact, I have see photos of tourists riding in the flying fish boats.

Access to the volcanic island that is home to rainforests is limited to air and boat transportation. Boats usually take 2 to 3.5 hours from the southern part of Taiwan to reach Lan Yu, according to various blog posts. Two hotels and several hostels exist and homestays (a type of B & B) are available.

Orchid Island visitor attractions include 4-5 months of the Flying Fish Festival from winter to the beginning of summer each year, dancing exhibitions, native foods, public arts displays, snorkeling, shipwreck diving, and several others. Some people also like to photograph the goats and the black pigs that roam the shore and villages (view the videos above).

Native foods for tourist consumption include dishes made of taro root, yams, millet, pigs, several types fish, lobsters, crabs of several types that include huge coconut crabs, and sometimes coconuts as well - it depends on who owns the coconut tree.

The TaLaLa Guest House is recommended by bloggers that discovered it behind the Lan Yu Ocean International Hotel. The Guest House has three guest rooms, breakfast included with each, and many extra amenities and services. Proprietors speak English and are said to cheerfully pick yup guests from the ferry and airport. About $50/night in latter portion of 2011.