The Playboy and the Yellow Lady

Never has there been a story in 19th century Irish history that has captured the hearts, minds, and imaginations more than that of Agnes MacDonnell and James Lynchehaun, more famously known as ‘The Playboy and the Yellow Lady.’ A story so shrouded in character, violence and folklore that it inspired the play ‘The Playboy of the Western World’ by J.M. Synge and was even referenced in the great Irish novel ‘Ulysses’ by James Joyce.

In the last decade of the 19th century, Agnes MacDonnell was an English landlady who bought the estate ‘The Valley House’ on Achill Island off the Earl of Cavan, who used it as a hunting lodge from the 1850’s until his death. Agnes was married to Barrister John Randal MacDonnell who resided in London, England and because of his profession, could very rarely visit his wife on Achill, who subsequently ran the estate single-handedly. She was renowned throughout the land for her beauty and eloquent nature, and was often seen in fine clothing, whether it was dresses or suits, with locks of long flowing red hair, either smoking a pipe or horse riding on the beaches. She was an extremely clever woman who was tough on collecting rent from anybody who owed it to her, this was during a time when women had no place in society and because of her looks, power and stature in society she was nicknamed ‘The Yellow Lady’ by the locals.

James Lynchehaun, an Achill native, was regarded as a handsome man who was quite dapper in his appearance and extremely intelligent, having been educated by the monks at the former Bunacurry monastery on the island. After many exploits which included teaching at a local national school and then becoming a constable in the Manchester Metropolitan police in England, he returned to Achill where he was subsequently hired by Agnes to become her land agent, setting up a small grocery shop and living in a small cottage on her estate. His wage was £15 a year, and she seemed to take to him at first, reportedly saying that he was a “fine, young, strong, dark, animal looking man.” He was also well believed to be extremely sharp when it came to money matters and also quite cunning, a trait that Agnes was soon to find out.

Three months into their initial agreement, their working relationship turned sour and James was given a notification to terminate his position and move off the property. Whether it was merely a professional disagreement that led to such a swift notice or whether it was something more it’s hard to say, there is no proven evidence that they had a torrid love affair, however when you mix in his charm and looks and her fiery personality, it can be hinted that way, hence the evocative powers of imagination to the story. Nevertheless he used his knowledge of the law from his background as a police officer to stall the termination by gathering postponements from different courts so he could stay on the property. He voiced afterwards that his actions were motivated purely by politics, that he was doing it as part of his duties as a member of the I.R.B. (The Irish Republican Brotherhood), to run the English woman off her property, in a time when Ireland was ruled by the British, and an uprising was ever present in the minds of the people. His postponements angered Agnes to the point that she threatened to treble his rent unless he moved off her property. The bitterness grew between them until it exploded one night in a swift brutal act of violence on Agnes and her home on October 1894.

Agnes was sleeping in the Valley House on that fateful night with only her small dog Pip for company, when a fire started and engulfed the house, a fire that James started. When locals from the village witnessed what had occurred and the alarm was raised with the screams of “the big house is on fire!” James appeared at the back door, looking like he was bringing the terrified woman to safety, only to drag her behind a haystack and viciously attack her, leaving her for dead. Her injuries were so severe that her face was savagely deformed, she had lost an eye and her nose was bitten off. The Doctor who arrived on the scene stated later in court that “Mrs MacDonnell was an almost lifeless condition. Her hair and nightdress was saturated in blood. Her pulse was trembling and barely perceptible. Her breathing was weak. Her body was almost cold.”

James Lynchehaun was eventually arrested and was brought to Castlebar Jail, however because of the case and her frail condition; he had to be taken to and from Castlebar to Achill on four separation occasions, under heavy police custody to hear Agnes MacDonnell’s depositions on the events of the night in question. The journey required being taken to Mulranny by train, and then being taken the rest of the journey by means of a jaunting car, a light two wheel carriage pulled by a single horse. On the fourth jaunting car journey back to jail, under the cover of darkness, handcuffed and escorted by two armed constables, James jumped from the carriage and disappeared in the vicinity of his uncle’s house, where he was welcomed by his relatives who prepared for him to go on the run as a fugitive. From there he entered Achill secretly by boat and went into hiding with the aid of his friend James Gallagher from Shraheens, Achill, where he proceeded to live under the floorboards of Gallagher’s home for three months. During this time 300 constables combed the island looking for him, and news of how he baffled the police rang through the land, both nationally and internationally. There was a prize of £200 for his capture, when his folklore grew and songs and poems became written about how he was a brave soul who evaded the mighty British police, Agnes raised the bounty to £300. an anonymous source took the bait, and James was captured and brought to trial.

The newspaper reporter covering the trial reported that James Lynchehaun appeared at the courthouse surrounded by police to an excited crowd. It was said that he had appeared to have put on weight since his initial arrest, had grown side whiskers and had walked boldly through the crowd. He faced Agnes in court, who wore a veil in public to hide her disfigured face. James was found guilty of his crime and Justice Curtin pronounced sentence stating to James “Your crime is murder except for the accident that by a merciful intervention of providence this woman was endowed with splendid courage and vitality, though a poor wreck she will live for a few and miserable years. The sentence of the court is penal servitude for life.”

The judge was wrong on two matters; Agnes MacDonnell lived for another 23 years. She stayed in Achill, wearing a veil and a steel plate to cover her face, occasionally traveling to London to meet with her husband. James Lynchehaun escaped from Maryborough prison in nothing but a pair of briefs and a shirt seven years into his sentence and from there traveled to America. He was captured 82 days later however and on this occasion could not be extradited to Ireland by the authorities, when Charles W. Moores, a U.S. Commissioner, ruled in a landmark case in Indianapolis that his crime was a political one, and "the prisoner could therefore not be extradited".

His status soared to even greater heights when J.M. Synge’s play, ‘The Playboy of the Western World’, premiered in The Abbey Theatre in Dublin. The main character Christy Mahon is heavily based on Lynchehaun. The crowd erupted on opening night and there were reported shouts of ‘Hurrah for Lynchehaun!’ James Joyce then sealed his legendary status in his description of a bailiff in his novel ‘Ulysses’ writing that ‘He’s a cross between Lobengula and Lynchehaun.’

Fact and fiction became mixed in the sands of time throughout the remainder of his life. His status as a political hero and legend for evading the authorities was finally dampened when Michael Davitt, a famous fellow republican and Mayo native, refused to shake his hand stating ‘I will not shake the hands of a murderer.’

James returned to Achill twice on holiday, once in 1907, disguised as an American Tourist, and another time in 1918 when he was arrested and deported back to America. He died in Scotland in 1937, aged 77.

The story of 'The Playboy and the Yellow Lady' was published in a book of the same name in 1986 by James Carney, describing in detail what happened. in 1998, a film called 'Love and Rage' starring Daniel Craig and Gretta Scacchi was released, with the entire film shot on Achill Island and The Valley House, which is run today as a successful pub and hostel by the Gallagher family. 'Love and Rage' flirts more with the physical attraction between the two main players, suggesting that Lynchehaun and MacDonnell had a numerous amount of sexual encounters leading up to the attack.

In the authors view, looking at the events that took place and the story leading up to it...and how a man could viciously attack a beautiful woman in the way he did, deforming her looks, I think they did too. I think it was an extremly ugly violent act of raw and misguided passion to prevent her from attracting a male ever again. In terms of his status I believe that he was nothing but a brutal and cold criminal who lived off the desperation of a free country from British rule, claiming it was a political crime just to gain support... the songs make him a golden child, innocent from prosecution:

Some years ago here in Mayo, We had a great outrage; A lady's place in Achill was almost set ablaze. The Lady too was cruelly used and taken was the man, to Castlebar Jail they did repair and bring brave Lynchehaun.

If you heard the murmuring on every barrack wall:
"Surely we will capture him, if he's not gone abroad. And even then, we'll have him still by extradition law, And surely we will chain him down for fear he'd climb the wall". 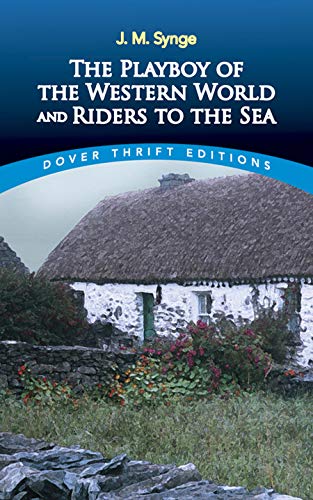