Edmund of Langley the First Duke of York

Edmund of Langley was married to Isabella of Castile. Isabella was the mother of three children, Edmund was the father of two. Edmund of Langley was the son of Edward III and Phillippa of Hainault, and was created the first Duke of York. Edmund of Langley was in a better position to judge whether he had fathered Richard of Conisburgh than anyone else. We do not know why Edmund believed beyond a certainty that his wife's third son, Richard of Conisburgh, was not his biological son, but he had very strong convictions. Edmund's brothers also believed that to be true. As a direct result of this conviction, Richard of Conisburgh was disinherited by his father, and his father's family. Isabelle of Castile knew that Edmund and his family were going to disinherit her illegitimate son, so she willed her possessions to Richard II, requesting him to grant her son a yearly allowance to sustain him. Richard II was the son of Edward, the Black Prince and Joan of Kent, the widow of Thomas Holland. By her first marriage, she was the mother of John Holland, Earl of Kent. John Holland, therefore, was half-brother to King Richard II, and the likely biological father of Richard of Conisbrough.

Would Richard III' s Y chromosome match that of John Holland? DNA tests are relatively new. While accurate and relied upon, we must remember that before this science existed, there was another method. People would look for the genetically inherited physical appearance. Everyone has used this old-fashioned method..."He has his father's nose, his mother's eyes, his grandfather's jaw..." It is not fool-proof like DNA , but it has some validity.

Edmund of Langley married Joan Holland as his second wife. She was the granddaughter of Joan of Kent, and the niece of Richard II. Joan's father was Edmund of Woodstock, a younger half brother of Edward II. That made Joan Holland the first cousin of Edward III, her father-in-law during her marriage to Edward the Black Prince. Her son, Richard II, was the great-great-grandson of Edward I, on his father's side. Richard II was the great-grandson of Edward I on his mother's side. Confused? Join the twelve step program for researchers trying to sort out which Plantagenet cousin married which other Plantagenet cousin.

For the sake of this article, we will assume that Edmund of Langley was right. Since this is primarily about DNA, and exploring the possible new genetic avenues that could provide verification for identifying Richard III's Y chromosome, and, thus, Richard III. This supposition does not affect Richard's place in the succession to the throne, as this line of descent is not significant as it is from a younger son of Edward III. Richard III's strongest claim to the English throne is through Lionel of Antwerp. Lionel was the second son of Edward III. Edward the Black Prince was the first born son, John of Lancaster, also known as John of Gaunt, was the third son, Edmund of Langley was the fourth son, and Thomas of Gloucester was the fifth son. The way primogenitor succession worked back then was a father's first born son would inherit his father's titles and possessions. If the first born son had children, the inheritance would pass to each of his sons in order of birth, then to each daughter, in order of her birth. If any of the siblings have progeny, the descent passes through those children by the same order, sons in order of birth, followed by daughters in the order of birth, interrupted only if elder siblings have heirs. If the first born son had children, his first born son would inherit, then the second born son, then the third, and so on. Once there were no sons, the descent would pass to the first born daughter, second born daughter, and so on.

Since most of us are familiar with Henry VIII and his male heir problems, we'll use that example to understand primogenitor inheritance laws. Henry VII had seven children: 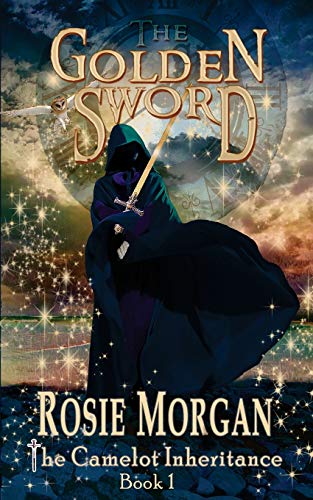 For expediency and simplification we will not muddy the waters with the children who did not survive childhood. That gives us Arthur, eldest son, the first English "Prince of Wales" to have Welsh blood. He married Katherine of Aragon, but died without issue. Next born son is Henry VIII. As the last surviving son, if he had died, without issue, the succession would go to the first born daughter, Margaret, Queen of Scotland. Since Henry VIII did have issue, their place in the line of succession followed the same order, sons, followed by daughters, in the order of birth. Passing through siblings until the point when a sibling has his own children. Henry VIII as the eldest surviving son became king. His children who survived until adulthood were Mary Tudor, Elizabeth Tudor, and Edward Tudor. Henry dies, so his first born son inherits the crown. Edward dies without issue, so the succession moves to the eldest daughter, Mary I, Mary has no children, so the crown passes to the second oldest daughter, Elizabeth I. Elizabeth I has no children, so the crown then returns to the female siblings of Henry VIII, beginning with the eldest daughter, Margaret, Queen of Scots. If Margaret Tudor had not predeceased her niece, Elizabeth I, she would have been Queen of England. Since she had issue, her children were next in line for the crown, starting in the male line with the first born son. Since her son was deceased, it would have passed to his only child, a daughter, Mary I Queen of Scots. Mary I of Scots predeceased Elizabeth I, so her children succeeded in the same sequence, first born son and so on.

To simplify the line of succession in the House of York we will begin with Edward III. Edward's children are as follows:

Following the familiar example of the Tudors, primogenitor inheritance passes through the male line in the order of birth, starting with eldest son, Edward the Black Prince. Edward married, as stated above, Joan of Kent, widow of Thomas Holland, and Edward and Joan had two sons, of which only one reached adulthood, Since Edward the Black Prince predeceased his father, his only surviving child became King Richard II, upon the death of Edward III. Since Richard II was deposed by John of Lancaster's (born legitimate) son, Henry IV of Bolingbroke Castle, who had several children, we will list each of the successors' heirs. (Stay with me, It will all make sense real soon... The next installment will go into greater detail on the York succession through each potential heir and the reasons why Henry of Lancaster felt compelled to depose Richard II will be very obvious)

I have just stumbled on something I was not aware of in the York succession that I had not noticed until I was going through the records and saw the years of the deaths of Edward III's sons. The pattern continues in the next generation as well, I need to follow this thread to see where it leads. If it is what it appears to be, I will just present the facts in as clear a manner as possible, and let people come to their own conclusions. I suspect the facts will speak for themselves. 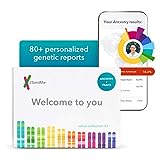 ,It was reported in early 2013 that the investigations by genealogists and geneticists which followed the exhumation of Richard III uncovered around 20 living descendants of Edward III in the direct male line. These descendants, who share Y Chromosome DNA, are all descended from Henry Somerset, 5th Duke of Beaufort (1744-1803) and are spread around the English speaking world

This, obviously, is a direct quote from Wikipedia. I encourage everyone to read the entire piece.

Richard III's DNA Not a Match

Richard III Paternity: The Mystery of the Y Chromosome

Who do you think was Richard III's DNA Chromosome Y Ancestor?