We are the only primates with nearly hairless skin that come in different colors. It took us a few million years of evolution to become this way after our ancestors separated from a common branch on he tree of life we shared with the chimpanzees about 7 million years ago. Since chimpanzees have changed little since this separation, anthropologists and other scientists believe chimpanzees give us a pretty good idea of what early man must have looked like at that time. Chimpanzees are almost completely covered with thick hair to protect their skin. They are born with light colored skin and then it gradually darkens in the hairless regions of their body by pigmentation, as they get older. But the skin under their hair remains light in color and is the same color for all chimpanzees. Therefore, the earliest human must had had light skin under their hair.

Based this observation it was believed for a while that people were darker in the sunny regions of the world because the pigmentation in their skin offers protection from the ultraviolet light from the sun. However, there is another reason why our skin developed pigmentation based on new physiological and epidemiological evidence. The new evidence suggests that through the process of natural selection the multiple degrees of pigmentation in our skin emerged as a protective mechanism to protect a key chemical in our body that plays a critical role in reproduction. 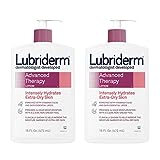 Why We Lost Our Hair

According to evidence from skeletons dated as far back as 3.6 million years, early hominids (early humans) spent most of the time in trees and forage in the open savannahs of Africa for food basically on all four instead of two. Being in the sun was not a problem since they were cover entirely with thick hair and the skin under the hair was probably light in color. They also did not foraged too far from the trees to spent that much time in the sun. Then about 1.6 million years ago early hominids became bipedal, walking on two, and started foraging further away from their homes. They began spending a lot time in the sun. Consequently, the problem of staying cool became a survival issue and early hominids eventually lost most of their hair and the number of sweat glands increased to improve the cooling efficiency of their body. However, there was still another problem, early hominids now had to deal with the damaging effect of sunlight on their skin, especially from exposure to UV light. You can guess what happened next, the skin gradually got darker from one generation to the next through natural selection. In the end humans developed their own natural sunscreen through the process of evolution and became darker in complexion before the great migration out of Africa. The various shades of colors we see today in skin complexion did not appeared until after the migration which started about 1 million years ago and lasted until 100,000 years ago.

How did our skin get darker? As I mentioned earlier in the introduction, chimpanzees are born with light colored skin while the skin color under their hair remains light throughout their lifetime. However, the skin on the hands, feet, face, and ears gradually darkens as the chimpanzee ages. This darkening of the skin is due pigmentation cause by a dark-brown chemical called melanin, which is synthesized, by specialized cells called melanocytes. Melanin is called our natural built-in sunscreen. It is a large organic molecule and performs two functions to protect us from sunlight. It first function is to absorbed UV light and it second function is destroy harmful chemicals called free radicals that are produced when UV light strike certain molecules in the skin. It is these free radicals that damage the DNA in our skin cells that ultimately make them cancerous. The unusual aspect of UV light is that it plays both a beneficial role as well as a harmful role for humans as I will elaborate on later.

The Genetic Reasons Why Our Skin Darkens In Sunlight

For many years, anthropologists and biologists thought that melanin arose in the skin of people in the tropical regions only to protect them from skin cancer but it turn out that there is another reason why our skin darkens in sunlight. There are three different wavelengths of UV light emitted by the sun; UVA, UVB, and UVC. We do not have to worry about the UVC light since the clouds absorb it. Both UVA and UVB light are the ones that cause skin cancer and do something beneficial for us. Since they penetrate below the skin, they are capable of destroying the melanocytes in the skin. These people suffer from a condition called xeroderma pigmentosum and have a higher incident of a type of skin cancer called squamous cell carcinomas and basal cell carcinomas, which is easily treated. However, on the other hand, people with this condition have a higher incident of a more deadly form of skin cancer called malignant melanomas that tends to strike only light skinned people but is rare.

Furthermore, scientists have noticed also that most skin cancers usually occur in the later years right in the first few years after the reproductive years, specifically during the menopause years. So they started thinking that there is another reason why our skin darkens in sunlight and it turn out that it plays a critical role in our reproductive process. That reason is to protect the folate in our blood specifically in women.

The reason was discovered based on observations in 1991 from an experiment where light-skinned people were exposed to strong simulated sunlight. Researchers noticed a significant drop in the B vitamin folate in their blood. Furthermore, a more significant connection of folate level was made with a very serious birth defect called spina bifida, where the neural tube for the spinal cord fails to close completely during fetus development, was made from researches around the world. Pregnant women with folate deficiency had a higher risk of producing fetuses with this birth defect. This effect was proven where three women were exposed to UV light in a tanning booth while they were pregnant and all three women later gave birth to babies with this defect. Women are not the only ones affected by sunlight. Folate (folic acid) plays a critical role in many physiological processes, specifically in the synthesis of DNA in rapidly dividing cells. An example of this is the production of sperm cells through the process of spermatogenesis and as a matter of fact there is a folic acid treatment to increase sperm count in men. So it is definitely needed for fertility.

It was concluded based on these results that the reason human skin became darker through evolution is to protect the body’s folate store from destruction by UV light from the sun. This also explains why people became lighter after the great migration when they settled in the regions close to the poles because they were not exposed to as much sun as the people near the equator. They did not need this protection there.

However, there is another reason why humans cannot be too dark skinned in regions near the pole because they need sunlight to produce vitamin D. UVB light must reach cells called keratinocytes to convert cholesterol into vitamin D which is later converted to an active form of vitamin D by the kidneys and liver. Vitamin D is important for maternal and fetal bones growth and development. Now you know why your grandmother told you to get out and get some sunlight but if you are too light you cannot be out there too long unless you have some sunscreen lotion applied to your skin.

Dark skin evolved in humans to protect the folic acid in our blood, which is critical for the development of healthy babies without birth defects and support fertility. Originally, humans were all the same dark complexion until they left Africa. But after the great migration lighter skin evolved to make sufficient vitamin D in humans who settled nearer to the poles. Unfortunately, as a result of recent human migrations in the last 600 years, many people now live in areas that receive more (or less) UV light than is needed for their skin color.