The Role Art has Played in Human Reproduction

The Role of Artists in Human Reproduction

While some art was created to secure food, some to protect food and some to show thanks for an abundant food supply, other art was created to ensure production, protect conceived children and give thanks to the gods for the gift of human reproduction.

Some of the earliest artifacts thoughts to relate to human fertility were found in the Paleolithic and Neolithic periods of history. Some were small sculptures of female figures depicted as abundantly fleshy and swollen, with their bellies, breasts and thighs accentuated. This figures are called "Fertility or Mother Goddesses," suggesting that they were part of a fertility ritual or cult. One famous fertility statue from this time period is the Venus of Willendorf statue, a well rounded abstract female figure carved from a egg-shaped piece of limestone.

Although often labeled as a fertility goddess, it is likely the figurine was more of a charm or fetish used to invoke the magic of the art object and the stone itself. Both the egg shape, and the natural round indentation that became the figure's navel were starting points for the artist. The figure clearly does not realistically represent someone, but rather represents the abstract essence of fertility.

Fertility Statues Have Been Used for Ages to Enhance Human Reproduction

Unlike fertility gods and goddesses, fertility figures were created by artists to aid human reproduction through the magic and power they contained. The need for successful human reproduction was important to all cultures and because of this, artists would create figurines made from clay, faience, linen and reed in order to help promote human reproduction. The figurines would resemble doll-like figures, usually with their genitals emphasized to ensure fertility and long life. In order for the figurines to be effective, a person would have to be spiritually prepared so that the magic, or "medicine" of the statue, would work.

Read More about Artists and Fertility 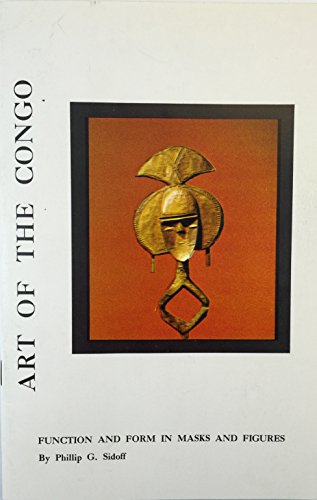 Art of the Congo : Function and Form in Masks and Figures
Buy Now

Human couples have been depicted in art throughout the ages. Some of the couples represented were the primordial or first couple, the mother and father of humankind. Others are human couples who represent the ritual of marriage and its implications within cultural contexts. These depictions were rooted in creation myths of many religions. They also come from marriage rituals that frame procreation in many cultures.

The Dogon culture of Africa represented the Primordial Couple seated on an "inago mundi" (image of the world" stool supported by four figures. Stately and formal, the Dogon statue relates the harmony of union between the first male and female.

One of the most beautiful works of art depicting lovers was done by the famous Japanese printmaker Kitagawa Utamaro, known as the best of the "Golden Age" wood block designers in Japan. Utamaro designed A Pair of Lovers, which provocatively depicts erotica. The work centered around female beauty, the theater and entertainment.

The Female Form Depicted by Artists

Images of Pregnancy, Childbirth and Prognency

Images of childbirth are seen in many cultures and have existed for ages. Mother and child imagery is widespread across many cultures. Effigy vessels were used during the Mississippi Period (1200-1400) to honor the pregnant woman. This ceramic statues would be used in rituals to protect mothers and their children.

In the Catholic church, painted frescoes were created to honor and show praise to the Virgin Mary and the baby Jesus. These paintings emphasized Mary's divinity, love and compassion.

Further Reading on Fertility and Art

The Art of Waiting: On Fertility, Medicine, and Motherhood
Buy Now

The Role of Art in Fertility and Reproduction

Art promoting human reproduction has taken many forms and contexts, among which are sculptures, drawings, paintings, and more. All of these are used to ensure, teach, record and document human fertility and reproduction.

Early small figurative sculptures of fertility gods and goddesses found in the Stone Ages and later on in early Greek cultures are interpreted to have aided human beings to reproduce. Through the power of the Venus of Willendorf, human fertility may have been secured.

Sculptures and paintings have witnessed, documented and commemorated the coupling and marrying of human beings. The intimacy and ecstasy of lovers has always been a subject of art. Perhaps it is the powerful human need for emotional love and physical pleasure that motivates artists to express this.

The need to reproduce in order to preserve life is basic for human survival. Also ostensibly basic is the artwork that helps, depicts and celebrates the continuation of the human race.

Read More About the Meaning Behind Art

Do you see the connection between art and human reproduction?