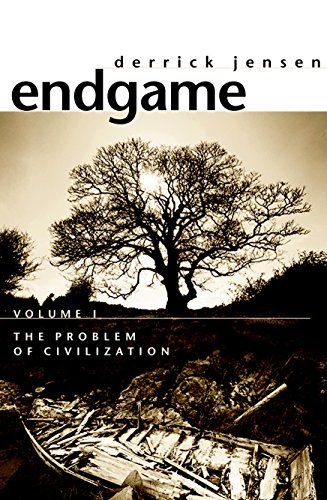 “If the world is saved it will be saved because the people living in it have a new vision.” –Daniel Quinn

Everybody has heard the saying, “All things in moderation” but not everybody understands what it means. This tactic is all about understanding what it means to live in moderation. Governing the precept that there is no single moral law, or set of moral axioms, from which all moral actions can be derived, moderation, albeit flimsy and pithy, will always remain the best action, as dictated by natural order. Basically, too little of a “necessity” starves. Too much of a “necessity” poisons. Either way there is death. Naturally, the best course is to “survive” in the middle, and live.

A caveat to this is the Hypocritical Artist’s anthem, “All things in moderation, to include moderation.” Which definitely has its place, but, even here, Hypocritical Artists are aware of the consequences of their actions and eventually act accordingly to balance the natural forces at work in order to be healthy.

This is the basic principle of Self-inflicted Philosophy: a type of moral fallibilism wherein notions of “right/wrong” are derived from the natural dictation of “healthy/unhealthy” rather than the human opinion of “good/evil”. This is the moral evolution of the concept of moderation. The Scale of Healthiness arises from this tactic. In regards to anything in existence, nature dictates to us when we’ve had too-little of a thing, or when we’ve had too-much of a thing. This is where a New-hero redefines the concept of “right” and “wrong,” taking it out of the realm of human opinion and into the realm of natural dictation; where “right” becomes “healthy” and “wrong” becomes “unhealthy”.

A New-hero recognizes the immoderate surplus of opinions that arise from the human condition. To avoid human err, New-heroes use the Healthy/Unhealthy tactic as a guide toward holistic, synergistic balance with nature. They realize that it is their responsibility as a consciously aware beings to moderate, not only their own health, but the health of the ecosystem they call home. They do this by listening to nature, by recognizing when excess has poisoned them and their environment.

New-heroes understand that to err is human, but that being responsible for the consequences of that error is also human, and humane.

This tactic can also be referred to as the Nature-deprivation Cure. New-heroes understand that the main reason why modern man is incapable of listening to nature is because he has forgotten how to. Simply put, modern man’s nature deprivation has prevented him from “hearing” what it is nature is trying to tell him.

A “Pyramid” is any established hierarchical civilization that believes it is the “one right way” to live, forsaking all other ways. A New-hero uses the Escaping the Pyramid Tactic as a way of getting back into touch with nature; not just in a literal sense but in a psychosocial and conceptual sense. They do this in order to literally “think outside the box”; to rediscover the natural order of the universe; to live simply so that others may simply live.

Another aspect of the Escaping the Pyramid Tactic is to denounce unhealthy, unnatural worldviews that convince modern man that hierarchical civilizations are the “one right way” to live, and all other ways are doomed. This tactic is the natural first step that a New-hero takes after “rediscovering” the concept of right and wrong.

This is the Hammer of Revolution, the Verdant Force. The Green Knight is a sub-archetype of the New-hero. This is one of many “masks” that a New-hero dons to bring harmony and balance to an otherwise atonal world.

The Green Knight uses peaceful force to accentuate where modern-man has gone excessive in his pursuits. They are vigilante Earth-heroes, digging up old asphalt, destroying unused dams, and planting indigenous seeds (guerrilla gardening) wherever they have left their “mark”. They are like a mix between Tyler Durden and Johnny Appleseed, but their projects are non-violent and peaceful. Green Knights reintroduce order through the careful cultivation of chaos. They implement the twenty

Endgame Premises (Jensen) as an anthem for real-world change.

The Green Knight is a person of action, applying the Art of Horizons in force to bring sustainability to an otherwise unsustainable system.

Hero expiation s the practice of a modern-day potlatch by a New-hero. Hero-expiation is a multifaceted celebration of humanity as world and world as humanity. In this “event” New-heroes become a symbol for sustainability; for natural order. They become a function of the life/death cycle in action. They celebrates life through the redistribution of their energy (money), and they celebrate death through their open mockery of immoderate energy (excess money). They become the circle. They complete the cycle. They honor infinite growth through their mutual recognition and respect for the marriage of chaos and order. They all-at-once trump the power of money through their own power to use it as they sees fit. New-heroes claim, out-loud to the universe, that money is their tool and never the other way around; that money is only ever a side-effect of doing what they love. They play with the limits of their power, mocking unjust claims of immortality and seeking instead for eternal rebirth.

A New-hero is an animal at peace with its own hypocritical multifaceted nature. Hero-expiation is also healthy psychologically in the sense that it relieves a certain type of guilt associated with money: it frees the hero from the guilt of material excess.

Eco-moral Capitalism is a type of laissez-faire anarcho-capitalism with emphasis on spontaneous natural order, moderation, expiation, and emergence, while condemning economic intervention of the state. For the same reason that we separate church and state is the same reason we separate economy and state, celebrating what Murray Rothbard once wrote, “the difference between free-market capitalism and state capitalism is precisely the difference between, on the one hand, peaceful, voluntary exchange, and on the other, violent expropriation.”

Eco-moral capitalism recognizes that capitalism can work naturally, but that it fails when individuals begin to hoard and stockpile. When you have too many people over-consuming and overindulging it becomes a systems problem. But it is first and foremost a people problem; a mindset problem; a problem of too many people with the general worldview that it is okay, indeed the goal of life, to accumulate as much “stuff” (energy/money) as possible, despite personal health, and despite the damage it does to the environment.

Eco-moral capitalism seeks to bring balance to the strict “machine” of capitalism by introducing a system of moral checks and balances (Commitalism).

This is a type of Quinnian New tribalism (

Quinn) with an emphasis on moderation, flexibility, and open-ended harmonious balance with the ecosystem as a whole. Here, diversity, not uniformity, is what is known to work. It is directed toward getting more of what people need (social connection, meaningful “work”, more leisure, and a balance with nature), as apposed to more of what people have been conditioned and brainwashed to think they need (power, status, amenities, and luxuries).

In this “system” the economy is a local affair, working in small cells (localized banks), that benefits the tribe in a natural, fluid way, functioning harmoniously in between the two poles of altruism and selfishness; where money is only ever a side-effect of doing what one loves, and never about the money itself. This “tactic” is a way of life that has proven itself through three to four million years of evolution. Tribalism is far from perfect, but it is the only “way” that has been proven, over and over again, to work for human beings. For the same reason that a pride of lions works, or a flock of geese works, or a troop of baboons works, is the same reason that a tribe of humans works.

A new-hero understands that tribal people get more out of life. They don’t get more “things” out of life, they get more of life out of life. This tactic is not suggesting that we turn back to hunter-gatherer, or prehistoric cave life. Those days are gone. It suggests change and adaptation using a “way” that has been tested by time and natural selection; a “way” that actually works and is healthy for humans and their environment.