The Sorceress Circe in Greek Mythology

In Greek mythology, Circe is a figure who appears in many different stories; although today she is a character most closely associated with Homer’s Odyssey.

In general terms, Circe can be regarded as a sorceress and an enchantress, but her story is one which is more complex than that of a lover of Odysseus.

The Family of Circe

Circe was the daughter of Helios, the Greek god of the sun, and the Oceanid nymph, Perse. Perse would give birth to four children, making Circe sister to Pasiphae, the sorceress wife of King Minos of Crete; Aeetes, the king of Colchis; and Perses, the king of Persia. Via Aeetes, Circe would also be aunt to the sorceress Medea.

More so than any of her siblings, Circe would become famous for her magical abilities using potions and herbs. 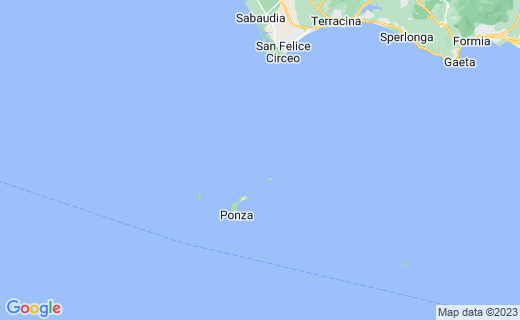 The Home of Circe

Circe made her home on the island of Aeaea (Aiaia), being transported there upon the golden chariot of her father, Helios; and on the island she had built a great mansion to live in.

Today, it is not possible to identify with any certainty where the island of Aeaea is or was. In ancient sources it was talked of as being as far west as was possible to go, upon the boundary of the sea, and the earth encircling river Oceanus. Certain ancient sources, including Apollonius of Rhodes, talk of the island being in view of the Tyrrhenian coastline, at a point south of Elba.

In Ancient Rome it would be common to associate Mount Circeo, which is a peninsula, or the island of Ponza, with Aeaea.

The Jealousy of Circe

In most of the stories of Circe, a common theme of jealousy emerges; and this jealousy would manifest itself, with Circe making use of her abilities with potions to transform those who had wronged her into animals and monsters.

In one version of the Scylla myth, it is Circe who transforms the beautiful Syclla into a sea monster with six heads. The reason for this transformation being that Circe had fallen in love with Glaucus, but Glaucus was in love with Scylla.

In a similar Roman tale, Circe transforms Picus into a woodpecker, when Picus spurns her advances.

Circe and her Menagerie

Odysseus and his crew were struggling to return to Ithaca from Troy, when they anchor off of Aeaea. Exploring the island, Odysseus’ crew see Circe weaving in front of her mansion.

Around the house is a whole menagerie of animals, creatures great and small, none of which appear to be dangerous; these animals are of course the transformed individuals who had previously angered Circe.

Circe welcomes the crew, and bids them to eat of a great feast. As the crew eat though, so they are transformed into pigs. Only one of the crew escapes this fate, Eurylochus, who has not partaken of the bewitched food. Eurylochus hurridly returns to Odysseus’ boat, and warns his commander.

At this stage Odysseus is aided by the god Hermes, who offers a magic herb to Odysseus, to protect him from Circe’s potions; Hermes also offers advice on how to avoid being seduced by the sorceress.

Unable to transform or seduce Odysseus, Circe eventually becomes a friend to the Greek hero, and willingly transforms his crew back into their original forms. Odysseus and his crew then spend a year on the island of Aeaea as honoured guests, with Circe taking Odysseus as a lover.

Eventually though, it is time for Odysseus to depart once more for Ithaca, and Circe then willingly offers the hero advice about how he and his crew can get home; this advice includes a plan on how the dangers of Scylla can be avoided.

The helpfulness, or at least the benevolence of Circe is also seen in one other famous story; that of Jason and the Argonauts.

Jason, the Argonauts, and Medea, had departed Colchis with the Golden Fleece; to ensure they escaped, Jason and Medea had lured Apsyrtus, the son of Aeetes, onboard the Argo. Apsyrtus had then been murdered and dismembered, with his body parts thrown overboard. The pursuing Aeetes, at the head of his navy, had then been delayed whilst picking up the body parts of his son.

To gain absolution for their crime, Jason and Medea, with the Argo, stopped on Aeaea, and sought the counsel of Circe, who gave them the absolution desired. Medea was of course Circe’s niece, but then again Apsyrtus had been her nephew.

Circe as a Mother

The story of Circe does get more complex; and it is important to remember that only a handful of stories from Greek mythology are famous today. Odysseus, for example, is not just a character from Homer’s Iliad and Odyssey, and the story of the Greek hero is taken up by other ancient writers.

When Telegonus is told of whom his father is, he sets out to find Odysseus, but by accident kills the man he was looking for. Telegonus then takes Penelope and Telemachus (Odysseus’ son by Penelope) to his mother, and Circe makes Penelope, Telemachus and Telegonus immortal. Circe would then wed Telemachus, whilst Telegonus would marry Penelope. The four would then live out eternity upon the Isle of the Blest.