The Spanish Conquest of Mexico

Interested in culture and history, Jose Juan has done research on those topics that pertain the indigenous people of the American continen

The Spanish Conquest of the Aztec Empire

Transformation of an Entire Civilization

The conquest of Mexico by the Spanish was an event that marked the gradual transformation of an entire civilization in the cultural, social, and religious aspects. Before the Spanish arrived to Mexico, they had already met coastal tribes in the Yucatan Peninsula. This would have allowed them to get an idea of what to encounter inside continental land. Many American civilizations based their unity in the voice of their emperor who was seen as a person, although a person with certain attributes through which they could establish and maintain communication with their deities.

The spreading of disease with which the Aztecs were immune played a key factor in the Aztec conquest. This victory over the Aztecs promoted eventual invasions by Spanish conquistadores throughout the new world, as they were seeking to expand their domains. Aztecs were a complex culture, with a different view of their world and complex religious practices. Even though they believed in a supreme being, they had deities, and objects to which they gave magical powers in critical moments of their existence.

Cortez’s fleet touched American land for the first time at Cozumel in the Yucatan Peninsula, where he heard that other white men were already living in the region. These men turned out to be Geronimo Aguilar and Gonzalo Guerrero, survivors of a Spanish shipwrecked occurred in 1511, which had lived among the Mayas since that event. Geronimo Aguilar was released to join Cortez. Gonzalo Guerrero chose to stay among the Mayans, since he had assimilated the culture and had a Mayan wife and had procreated mestizo children. Aguilar, who had learned the Mayan language, help Cortez communicate with the Mayan culture.

The problems of communication with indigenous people arouse as Cortez expedition continued farther north. Luckily for them, the booty of victory over a Tabascan community at Potonchán included a group of twenty native maidens, one of whom spoke fluent Nahuatl, the language of the Aztecs, and other Mayan languages. Malintzin, as this maiden was named, would serve as a mediator when encountering other indigenous people. She would translate from Nahuatl to Mayan for Aguilar, who then would translate from Mayan to Spanish for Doña Marina, as she was later called. Doña Marina became Cortez ’mistress and eventually bore him a son, who she named Martin, a mix-blood Mexican mestizo.

Cortez reached the city of Cempoala on June 3, 1519. There, Cortez persuaded the Totonacs to fight against the Aztecs. The Totonac chief agreed in hopes of freeing his tribe from rendering tribute to the Aztec Empire. Exploiting the divisions existent among contributing tribes to the Aztecs and gathering a large army of indigenous natives proved to be an effective tactic for conquering the Aztec Empire. The Totonacas helped Cortez established the settlement of La Villa Rica de la Vera Cruz, presently known as Veracruz, which became the point form where Cortez would attempt to conquer the Aztec Empire.

Moctezuma knew of Cortez’ intentions to reach Tenochtitlan. In an attempt to dissuade Cortez from continuing ahead, Moctezuma sent beautifully crafted gold and silver gifts, hoping to placate the Spaniards efforts of advancing or better still, dissuade them to return from where they came. This only aroused in the Spanish the lust for wealth. After sending letters back to Carlos V in Spain and one fifth of the Aztec treasure, and to avoid any threat of desertion or treachery, Cortez ordered that all ships, except one, were burned. This measure would prevent that those still loyal to the governor of Cuba conspire and scape, as well as to insure Cortez’s governorship over the Aztec Empire.

Scale Model of the City of Tenochtitlan

The Tlaxcalans had been in constant quarrel with the Aztecs for over a century. The Aztecs had already conquered most of the territory surrounding Tlaxcala, and eventually they would try to conquer The Tlaxcalans. On September 18, 1519, Cortez arrived in Tlaxcala where he was received cordially by the rulers who already considered the Spanish as their allies against the Aztecs. In Cholula, Cortez found a peaceful sacred city with a small army, since their confidence was placed on their gods. After been warned by Malintzin of a plot to murder the Spaniards, Cortez set the city on fire, and ordered the massacre of the Cholulans. This produced a fearful effect on other communities of the Aztec Empire who submitted themselves to Cortez demands.

On November 8, 1519, Cortez arrived to the city limits of Tenochtitlan. It is believed that Tenochtitlan was one of the largest cities then, with an estimated population of between 60,000-300,000 people, surpassed only by Constantinople in Europe. Cortez entered Tenochtitlan through the southern causeway and was given a cordial welcoming by Moctezuma. After exchanging gifts, the Spaniards were escorted to the ancient palace of Atzayacatl, Moctezuma’s father. After a few days from the day in which Cortez entered the city and to insure he had complete control of the city, he took Moctezuma as a prisioner.

Alvarado Attacks the Aztecs During a Religious Ceremony

Cortez received news that a float under the command of Panfilo de Narvaez had arrived at La Villa Rica de la Vera Cruz with orders from Governor Velasquez to arrest Cortez under the charges of mutiny, and treason. Cortez headed to the coast to meet Narvaez, leaving over a hundred men under Pedro de Alvarado in Tenochtitlan. With a much smaller army, Cortez surprised Narvaez during a night attack at the end of which Narvaez was made a prisoner. While in captivity, Narvaez soldiers were told about Tenochtitlan and all of its richness in gold, the captured men agreed to accompany Cortez to the city of gold in his search for conquest.

When Cortez returned to Tenochtitlan, he found out that Alvarado and his men had attacked and killed many Aztecs during a religious festival dedicated to Huitzilopochtli. Alvarado later told Cortez that they had acted upon the rumors that the Aztecs were planning to attack them once the festival was over. The Aztecs responded to this killing by driving the Spanish back into the palace and placing them under siege, at the same time, they elected Cuitlahuac as their new emperor. Cortez persuaded Moctezuma to calm his people by addressing them from the Atzayacatl’s balcony, but the outraged Aztecs responded by throwing stones at Moctezuma who died a few days later.

The Conquest of the City of Tenochtitlan

The Spanish and their allies, knowing that the people of Tenochtitlan had risen against them, prepared to leave the city, some of them carrying much of the wealth they have acquired while in Tenochtitlan. On July 1, 1520, the Spanish headed out to the mainland via the causeway of tlacopan; however, they were discovered and the Aztec warriors attacked them harshly on a narrow road flanked by the lake on both sides. Many Spanish soldiers drowned or were killed by the Aztecs. During the retreat, the Spanish lost more than 600 men, as well as several Tlaxcalan warriors. Upon reaching the mainland at Tlacopan, Cortez wept under an ahuehuete tree in what is historically known as “La noche triste.”

The surviving Spanish and their allies retreated back into Tlaxcalan territory however, soon after they had been forced out of Tenochtitlan, a contagious disease known as the smallpox spread across Tenochtitlan, killing thousands, including the emperor, Cuitlahuac. Once recuperated, the joint forces of Cortez and the Tlaxcalans took the majority of cities under Aztec control. At the end only Tenochtitlan and Tlatelolco remained unconquered. Cortez mounted a siege on Tenochtitlan that consisted on blocking the causeways from the mainland, while armed men advanced on brigantines built by the Spanish.

The attack over Tenochtitlan continued for eight months during which the supply of food was cut off and the aqueduct carrying water into the city was destroyed. Finally, on August 13, 1521 the last emperor, Cuauhtémoc surrendered to Cortez.

In 1532, Francisco Pizarro conquered the Inca Empire with an army of around two hundred men, following a similar pattern used by Cortez in the conquest of Tenochtitlan.

It is estimated that approximately 90% of the indigenous population perished from diseases brought from Europe. 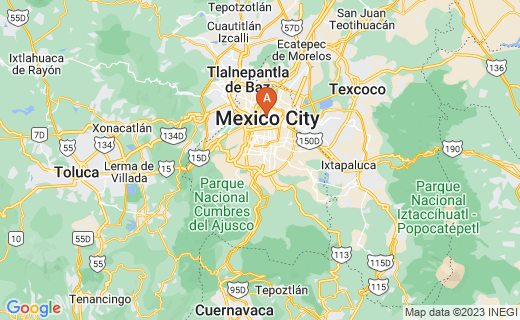