Ever since the prophet Muhammad first proclaimed his message in the 7th century AD, a series of Arab conquests had spread the word of Islam through much of the then known world. After crossing the Straits of Gibraltar, the Moors (the Muslim inhabitants of North Africa) had taken most of Spain. Their advance into the rest of Europe was only halted by the Franks at the battle of Tours, but still, virtually the entire Iberian Peninsula lay in Moorish hands. Only in a tiny pocket, in the mountains of Asturias in the far north, did Christian rulers still hold sway.

Almost all of what we think of today as Portugal and Spain was under the control of the caliphate of Cordoba, proclaimed in 929 AD by Adr ar-Rahman III. The Moors referred to their Spanish kingdom as al-Andalus; centred on the south, in the region known to us as Andalucía, it was a place of great wealth and rich culture. Toledo, the Visigothic capital of the country, became a major centre under the Moors as well. After quarrels among the rulers of the al-Andalus, this region went its separate way, becoming an independent kingdom under the control of the caliphate.

The Spanish city of Avila was protected by an encircling fortified wall, which contained no less than 88 towers.

Fighting For The Cause

'True believers, fight against the infidels who are near you, and be hard on them...'

An inscription of Hisham I in the Great Mosque of Cordoba made in the 8th century.

The Spanish Reconquista started as a fight for survival and evolved into a titanic power struggle, only gradually did it take on the character of a crusade. By the middle of the 8th century, the Moors were in almost complete control of Iberia. However, in 722 AD, amid the mountains of Asturias, the first signs of what was to come appeared as the Muslim advance was held by the local Visigothic ruler Pelayo, at the battle of Covadonga. Here, at least, the idea of a Christian Spain endured.

In the centuries that followed, the region of Asturias not only flourished but managed to extend its boundaries. In 910 AD, indeed, it was divided into two separate kingdoms. The new kingdom of Galicia was established which centred on Leon, while next to this was the kingdom of Castile; later on, in the 11th century these two kingdoms united. To the east, following exploratory Frankish incursions across the Pyrenees, the kingdoms of Navarra, Aragon and Catalonia emerged. Although this was a patchwork of little states that warred as much with one another as with the Moors, all of northern Spain had now fallen into Christian hands.

Within these little kingdoms too, conflict was very much the norm, with local lords locked in endless small scale turf wars. Combat was mostly between mounted knights: any local peasants who might have made up the infantry were usually needed on the land. At the same time, there were truces in fighting with the Muslims, some of which on occasion lasted decades. The Moors had their own divisions, with inequalities between the Arab elite and the North African Berber rank and file, which lead, at times to tension and, in some cases, open conflict.

The Reconquista was more messy and confusing than the later mythology would have us believe. The story of the renowned ‘El Cid’ is case in point. Rodrigo Diaz de Vivar (1054-1099) was a truly formidable figure; but he was also a profoundly ambivalent one, as his very nickname shows. ‘Cid’ is no Spanish word, but comes from the Arabic Sayyidi (‘chief’ or ‘boss’). He was a warlord, loyal mainly to himself. Amidst the complicated realities of a rapidly changing situation, he found himself fighting on the Muslim side on more than one occasion.

Though real, religious oppositions sometimes paled into insignificance beside other enmities. It was not unusual for Muslim and Christian leaders to form alliances against rivals in their own camps. Even so, by slow degrees Christian kings were extending their sphere of influence; in 1074 Ferdinand I of Leon took Coimbra, now part of modern Portugal from the Moors.

The Official Trailer For A Movie Made About El Cid

In 1077 Alfonso VI, King of Castile, announced that he was the ‘Emperor of all Spain.’ No longer content to tussle with his fellow kings, he saw himself, in aspiration at least as a ruler of the peninsula as a whole. He captured Toledo, until then the centre of a rich and prestigious Muslim state.

Thrown into panic, the rulers of al-Andalus called on the assistance of the Almoravids, who had recently taken power in North Africa. The Almoravids went on to beat Alfonso at the battle of Sagrajas in 1086. But their fight was only just beginning, as the elite of al-Andalus found out to their consternation. A Berber movement, dedicated to both moral and spiritual renewal within Islam, the Almoravids disapproved of the easy going attitudes they found in Moorish Spain, and now set about transforming it into their own kind of aggressive Islamic state.

The Almoravids started reversing the conquests of the Christians, but met their match in 1094 at Valencia. El Cid took the south-eastern city after a siege of 20 months; he set up as ruler there, ostensibly in Alfonso’s name. In many ways, El Cid was the last in a line whose attitude to the struggle with the Muslims remained opportunistic. But such pragmatism was becoming unacceptable. Even as the Almoravids were changing the tone of the conflict on the Muslim side, there was a clear shift on the Christian side too. The calling of the First Crusade in 1099 placed the conflict with the Moors in a new perspective, as a sacred struggle to reclaim Iberia for the creed of Christ.

More than 30,000 Christian combatants were killed at the Battle of Alarcos in 1195. According to chroniclers of the day, Muslim losses were fewer than 500.

More On The Spanish Reconquista 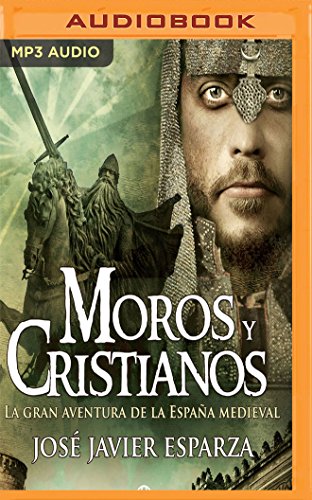 It was a struggle the Christians seemed to be winning; in 1118 King Alfonso I of Aragon and Navarra took the city of Zaragoza. El Batallador (‘The Battler’) soon made deep inroads into the south, where Christian Mozarabs, happy under Moorish rule for many generations, were finding life a lot less comfortable under the Almoravids. After one audacious raid, King Alfonso brought 10,000 of them back with him for resettlement along the Ebro in the far northwest.

In 1139 Alfonso claimed another victory, defeating the Almoravids at Ourique, in what is now the south of Portugal. Here, Alfonso Henriques, son of Henry of Burgundy, who also claimed the title of Count of Portugal, led his considerably outnumbered Christian army to victory. In the cold light of military history, this result, although unexpected, seems to have been the consequence of failing communication and disagreements on the Moorish side. Not unnaturally, the Christians were overjoyed at this most unexpected triumph and were quick to attribute it to divine agency.

It was in fact this triumph that brought the modern country into being. Alfonso declared, defying Castile and Leon that he intended to reign over his conquered territory as Alfonso I of Portugal. That country’s capital, Lisbon, was liberated following a six week siege by crusaders en route for the Holy Land; the local bishop promised them the right of rape and plunder in the city in return.

The Almoravids found themselves faced with another enemy in the 12th century. This time, they were Muslim. These were the Almohads, also Berbers, who sought Islamic renewal. Having already taken over the territories of the Almoravids in North Africa, establishing their capital at Marrakesh, they invaded al-Andalus in 1147. In doing so, they reversed what had been the gradual weakening in Moorish resistance to the Reconquista. Even so, the northern kingdoms scented victory and pressed hard to repel them. Begged by his officials in al-Andalus, Abu Yusuf Yaqub, the Almohad Caliph, came from Morocco and took personal command of the kingdom’s armies. He inflicted a shattering defeat on Alfonso VIII in the battle of Alarcos, earning himself the title, by which he is still remembered, al-Mansur (‘the Victor’).

The ‘Disaster of Alarcos’ was followed by other reversals for Alfonso. But at the battle of Las Navas de Tolosa, he gained revenge. Leading his army stealthily over the mountains of Andalucia, he sprang a surprise attack upon the Almohads. The vast Muslim army, by all accounts up to 300,000 strong (although this amount is dubious) was all but exterminated in the brutal fighting. The Reconquista had acquired unstoppable momentum. Even so, the struggle was to continue for the best part of three centuries; it would not be until 1492 that the Moors were finally expelled from Granada.

The Reconquista substantially moulded early modern Spain, very much for the worse, it could be argued. Religious and political conformity was rigidly enforced. The last few decades of the 15th century saw the accession of the ‘Catholic Monarchs,’ Ferdinand and Isabella. Their marriage brought the kingdoms of Navarra, Aragon and Castile together into a single Spain, so they were ‘Catholic’ in the sense of being universal. But they were also ‘Catholic’ in the religious sense; indeed, the royal couple were so fanatical in their faith that they insisted Catholicism should be practised throughout their territories. Under their authority, and that of their successors, the Inquisition sought to root out not only Christian heretics but anyone observing the rites of Islam (or, for that matter, of Judaism). The desire to purge society of every trace of its Islamic past led to an obsession with ideas of limpieza (racial and religious ‘cleanness’ or ‘purity’).

As previously mentioned the final expulsion of the Moors occurred in 1492, which of course means that it coincided with Columbus’ discovery of the Americas. The opening up of a ‘New Spain’ in the colonial Americas was to be justified as a continuation of the Christianising struggle of the Reconquista.