Habitat of the Spotted Reed Orchid

Approximately five years ago I heard of a situation of a green contractor that mowed a whole area where Spotted Reed Orchids were growing. Wild Orchids are heavily protected by Law. This green contractor was punished with three days in a police prison and paying a penalty of nearly € 50,000. Perhaps slightly exaggerated but it certainly motivated contractors to be more careful while mowing on public properties.

The Blooming Season of the 'Spotted Reed Orchid'

Spotted Reed Orchid is literally translated from Dutch, the official English name is: Southern Marsh-orchid, but this one is only without the 'spots'. I couldn't find an English equivalent for this 'Spotted Reed Orchid'.

The scientific name of the Spotted Reed Orchid is Dactylorhiza majalis subsp. praetermissa var. junialis. This flower is highly protected by Law, which means it is not allowed to pick them or even to mow in the surrounding of the habitat where the Orchid is growing. Some people already become nervous by only photographing this rare species.

This walk in the surrounding of Rotterdam near my home is very beautiful and contains all the typical sides of the Dutch nature, especially many of this wild Orchids. 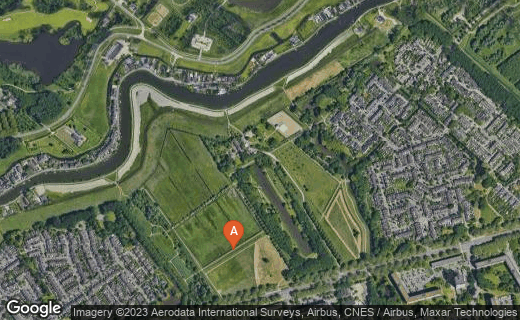 All the flowers I photographed are growing in the 'wild' Dutch nature.

The stems of the Reed Orchid are upwardly concave and almost fully grown already at the beginning of flowering, meaning that the stems don't grow any further after flowering. The light green leaves are tilted fairly upwards. At the top, the leaves are often a slightly cap-like. The reed orchid spreads itself through fine dust seeds.

The Spotted Reed Orchid is just like the regular Southern Marsh-orchid threatened by the disappearance of its preferred habitat through reclamation, commissioning by agriculture or forestry, and eutrophication of wetlands.

This picture shows the large difference in height between the river Rotte (A), the first ditch (B) and the second ditch (C) more inland. The Rotte is connected via sluices with the river Maas, which in turn, is directly connected with the sea and its varying level. Because of this the Maas is subjected to the ebb and flow movements, but the water level of the Rotte is approximately average between ebb and flow, therefore constant and approximately on 'Normaal Amsterdam Peil' (NAP). The water level of this whole area is regulated through very complicated and sophisticated pumping systems and overflow systems. The ground floor level of the buildings at the back of the picture are approximately 5 meters (15 feet) beneath sea level as well as the rest of the city of Rotterdam.

About which flower did you like reading the most?