The Squid: Facts and Pictures about this Colossal Creature

When I first pondered writing about squids, I thought it would be too boring to consider. I thought their colors were mostly boring and drab. But I was in for a nice surprise. They can be quite colorful and they can change their colors to match their environment! Plus they seem to have quite a personality too.

Squids are the things that stories and myths are made of. For hundreds of years, tales have been told of a many-armed sea monster with tentacles as tall as a ship’s mast. In Jules Verne's classic "20,000 Leagues under the Sea," a giant squid attacks a submarine. In this story he wrote about a monstrous creature with arms that “could entangle a ship of five hundred tons and hurry it into the abyss of the ocean.” Legends and tales such as these were likely based on sightings of the Giant Squid.

Answers.com defines squid as: “Any of various marine cephalopod mollusks of the genus Loligo and related genera, having a usually elongated body, ten arms surrounding the mouth, a vestigial internal shell, and a pair of triangular or rounded fins.” It’s this internal shell that makes the squid a mollusk, just like the snail, octopus, or nudibranch.

In addition to being a mollusk, the squid is also a cephalopod. Other cephalopods include: cuttlefish, octopuses, and nautiluses. There are more than 300 species of squid.

Squid can range in length from 1” (25.4 cm) to more than 43 feet (13 meters)! There have been some unconfirmed reports of caught giant squids measuring 65 feet (19.8 meters) long! That is quite a range. The larger squid can reach over 1000 pounds in weight. The majority of them are no more than 24” (60 cm) long. Most squid have a long, tube shaped body, a small head, and 10 arms. Two of these arms are much longer than the others and are used to grasp their prey. These arms, or tentacles, are lined with rows of suckers. Some squid also have claw-like hooks instead of, or in addition to, these suckers.

The squid's mouth is surrounded by these 10 tentacles. Its mouth is composed of a parrot-like beak (jaw) and a bony tongue. The squid’s eyes are located on the sides of its head and are very large. The larger squid have eyes measuring more than one foot in diameter. Like the octopus, the squid has three hearts.

The squid is arranged with its body on one side of its head, and its arms on the other. Between the head and the body, is a tube called the funnel. The funnel serves several purposes; the first of which is to eliminate wastes. The funnel is also used to dispense its defensive ink. They are also very powerful swimmers because they use this funnel as a propulsion system. See this short video of a squid caught by an underwater camera. The squid reminds me of a rocket zooming past, while at the same time releasing its ink. If you blink you just might miss it!

A squid is actually able to propel itself 25 body lengths per second! Squid are strong swimmers and certain species can 'fly' for short distances out of the water.

Squids are very intelligent; in fact, they are the most intelligent invertebrate on the earth. Their brain is very developed and is proportionately larger than its body, compared to other fish and reptiles.

Squids make their homes in a variety of marine environments, ranging from the deepest ocean to shallow coastal areas.

The squid relies on its speed, agility, and the ability to camouflage itself to escape its predators. The squid is able to camouflage itself using special pigmented cells that it expands and contracts, enabling it to change colors and patterns to match its surroundings. It is even able to change the texture of its skin to blend in with its surroundings. It is also able to release an ink cloud to confuse its attackers, giving it time to escape.

"Just about everything squids do is interesting, but the way they can change their pattern of pigmentation with respect to the substratum is particularly striking. When on a light background, a squid tends to contract its pigment-containing cells so that the pigment becomes concentrated in tiny, widely spaced flecks; the body as a whole thus becomes lighter. On a dark background, the pigment cells expand, diffusing the pigment over a larger area and making the body darker."

[ From Seashore Life of the Northern Pacific Coast, by Eugene N. Kozloff ] 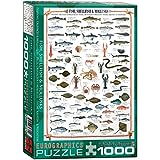 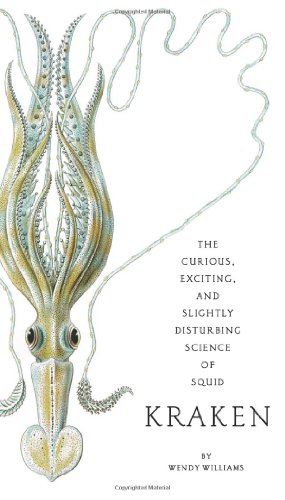 The deep-sea luminescent squid lives in really deep water -- up to 3,000 feet. This squid possesses special organs called photophores to create its own light in these deep, dark waters.

Squid are carnivores; their diet consisting of small fish, crabs, shrimp, and other squid. The squid lies in ambush of its prey waiting upon the opportune moment to shoot out its arms to grab its prey. Its beak is used to tear its meal into bite-sized pieces, after which its bony tongue is used to grind them up.

Their special pigmented cells that were mentioned earlier are also used to communicate with other squid and to attract a mate. After having attracted a mate, thousands of eggs are fertilized and deposited as a mass hidden under rocks or in holes. These eggs hatch in four to eight weeks. After mating, both male and female typically die, having lived approximately one year.

Because most squid’s digestive juices are more productive in warmer waters, global warming has allowed these squid to grow much larger and be a lot more plentiful. But, it could have a detrimental effect on the squid who live in deeper depths and colder waters. These squid may not be able to make the adjustment necessary to survive as water temperatures continue to rise.

Many species of squid are used as food that is often referred to as calamari, taken from the Greek-Italian word for these very unique creatures.

The Humboldt Squid, nicknamed the red devil, is ferocious, and is known to attack sharks. Although it is one of the most aggressive squid, it poses no threat to humans. It is also sometimes referred to as the jumbo squid. But don’t let the name mislead you. They only get to about 7 feet (2.13 meters) long, and weigh up to 100 pounds (45.36 kg). They are able to swim about 15 miles per hour.

The Humboldt Squid is able to change colors in shades ranging from red and purple, all the way to white. Although it was once thought this was for camouflage purposes, it is now believed to be a form of communication.

The Humboldt Squid is named for the Humboldt Current in the East Pacific Ocean which is their typical habitat. The Humboldt is a social creature, unlike most squid, living in groups (shoals) of up to 1,200.

They generally feed on the surface at night when their prey, krill and various small fishes, are readily available. During the day, they return to the deeper waters that they typically inhabit. If food is scarce, they will cannibalize members of their shoal.

The Vampire Squid was first identified in 1903. The Vampire Squid has red glowing eyes, a black body, and webbed arms resembling Dracula’s cape, hence its name. Although its eyes are often seen as red, they can also appear as blue depending on how much light strikes the eye. It is a small squid measuring approximately one foot in length.

The vampire squid does not disperse ink as other squids do. Instead, it shoots out a type of mucus that is sticky. The vampire squid is slower than most other squid. It disperses this mucus for 10 minutes creating longer periods of confusion in its predators providing itself more time to escape.

Because of their slow metabolism, vampire squid are able to live in colder waters, and only need to feed a few times a week. The Vampire Squid lives more than 3,000 feet below the surface of cold water areas!

Most squid eggs hatch within a few days to weeks of being deposited; however, the Vampire Squid eggs take about 13 months to hatch! Once deposited, the female Vampire Squid will stay in the vicinity until they hatch, at which time she dies.

Contrary to popular belief, this squid poses no threat to humans.

There are eight species of Giant Squid. The Giant Squid has tentacles with suckers that are lined with small teeth. The Giant Squid can reach lengths of up to 43 feet (13 meters), with tentacles accounting for half that length. The females tend to be approximately 10 feet longer than their male counterparts. The eyes of the giant squid are the size of basketballs!

Giant Squid are rarely seen. Their preferred habitat is the colder deeper waters. Their only predators are sperm whales and humans.

Although the giant squid is the thing that legends are made of, it is harmless to humans. The giant squid may have given rise to the Norwegian myth of a many-armed sea monster, the kraken.

The only known predators of the Colossal Squid are the Sperm Whale and humans.

Other Mollusk Articles by this Author:

Other Sealife Articles by this Author:

Comments: "The Squid: Facts and Pictures about this Colossal Creature"