The State of the Union Before The Civil War: North Versus South

The year 1861 was a divisive one for the United States. There were thirty-three states in the Union at the time. It would be the year for the start of the most significant and bloodiest battle ever fought on American soil, the American Civil War. The war would ultimately last for four years with a lost of about 600,000 lives. The years and decades preceding 1861 were full of events that will eventually forced the Confederate States to light the fuse on April 12, 1861, at 4:30 in the morning. This lit fuse started the bombardment of Fort Sumter in the Charleston Harbor in South Carolina. At the time there was a big divide in many aspects between the North and South just before war begin. Here is a look at the state of the Union at the time.

By 1861 the young country was perilously off balance for many reasons. The biggest reason being the North and South were just very different in everything from their respective economies to the issue of slavery. There was also the matter of who will become the next President after President Buchanan and a course we all know who won the next presidential election and his victory unfortunately will put the final stone on the heavier side of the balance.

The imbalance between the North and The South started many years before 1861. Cotton was becoming a very important and critical commodity in the southern states with the continuing expansion of slave labor while the northern states were becoming more industrialized in the same time span. However, most of the cotton form the South was shipped to the North.

By 1861 the North, with about 23 million people, owned about 90 percent of the country’s industrial capacity and controlled 80 percent of the industrial capital. The South with a smaller population of about 9 million was basically an agricultural region depending heavily on slave labor. By 1860 it was estimated that the value of all slaves in the South was worth 3 billion dollars and the gross national product for the entire country was 4 billion dollars. Slavery was 75 percent of the total gross product for the country. Obviously it was a very profitable and sensitive issue for the southerners.

To get a feel for how important slavery was to South, in 1810 there were only 1 million slaves in the country and that number increase to 4 million by 1860. Of the Southerners that own slaves, twenty-two of them own more than 500 slaves, 2,300 Southerners owned 100 or more and 10,000 owners own more than 50 slaves on their plantations. Considering all of this 75% of the Southerners did not own any slaves because many of them did not support slavery.

A Few Significant Images of 1861 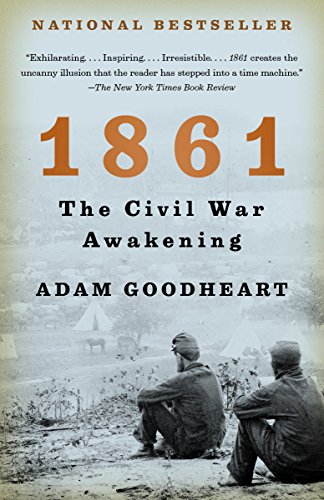 The North, being an industrialized region attracted more immigrants from Germany, Ireland and other European countries as skilled workers than the South. Between 1820 and 1860 only 400,000 immigrants settled in the South while 3.6 million of them settled in the North mainly in the New York area. As a result of this influx of immigrants, the North had 96% of the combined country’s railroad equipment, coal mines and canals.

This advantage of the North over the South ultimately helped the North win the war four years later. For instance, there were 22,000 miles of railroads in the North and West compared to 9,000 miles in the South. This made it a lot easier for the North than the South to transport soldiers and equipment from one place to another during the war.

North Was Financially Better than The South

Disagreement on the Choice of the Next President

But the biggest gap in the differences between the North And the South happened after the Presidential election of 1860. Lincoln won with less than half the Northerners voting for him to become the first Republican President but the South was not happy with the outcome of the election. The North still celebrated Lincoln’s victory despite the fact that he did not win the election by a large popular vote.

By the time Lincoln was elected, there were thirty-three states in the Union and Kansas was about to become the thirty-fourth state. The South was so displeased by Lincoln’s victory that eleven southern states would eventually secede from the Union and form a new government called the Confederate States and Jefferson Davis would be elected President of the newly form government in February of 1861. Ironically, the North and the South still celebrated Washington’s Birthday as a national holiday on February 22 of that year but by March only twenty-seven states remained in the Union. The four year civil war will begin the following month on April 12th with the first shots on Fort Sumter.

The Civil War, A Visual Encyclopedia by Angus Konstam