The Story of Oedipus in Greek Mythology

Today, people remember the Greek heroes for their successes, Jason and the Golden Fleece, Bellerophon and the Chimera, being just two examples. Heroes in Greek mythology though, normally lived a tragic life, and this is never more apparent than the case of Oedipus.

Oedipus is famed for ridding Thebes of the scourge of the Sphinx, but the rest of his life never reached those heroic heights again. 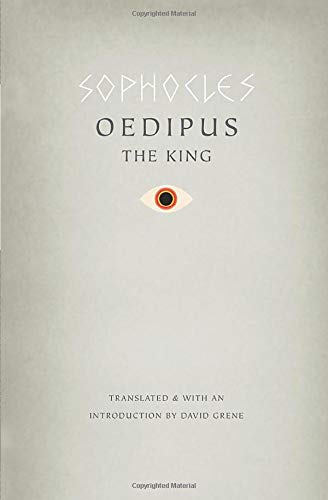 The mythological figure of Oedipus is one which appears in the works of many famous writers from antiquity, including Pindar, Homer, Hesiod and Euripides. Famously, Oedipus is also the focus on a series of plays by Sophocles, including Oedipus the King.

The Birth of Oedipus

The story of Oedipus begins when Laius was the king of Thebes. Laius was married to Jocasta, but for a long while he had no heir to pass his throne onto. In desperation, Laius went to the Oracle of Apollo at Delphi, but the news he received was not what he wanted to hear, for the Pythia proclaimed that Laius would be killed by his own son.

Eventually, Jocasta did indeed give birth to a son, but afraid of the prophecy, Laius pierced the newborn boy’s ankles with spikes, and then left the baby to die upon Mount Cithaeron.

The baby boy though did not die, for he was discovered by a shepherd of King Polybus of Corinth, and the shepherd brought the child to the king’s court. There, Periboea, wife of King Polybus, cared for the child, healing the wounds to the ankles.

Periboea would name the boy Oedipus, meaning swollen feet, and Oedipus was adopted as son to Polybus and Periboea.

Oedipus and the Oracle

So Oedipus grew up in the Corinth court believing that he was the son of King Polybus and Queen Periboea. When he was a young man though, a drunken Corinthian shouted out that Oedipus was not a son of Polybus, nor a true Corinthian. Oedipus went to the king and Periboea, but neither were willing to give Oedipus any information, thus, Oedipus instead travelled to Delphi to seek the truth.

As was the way with Oracles, the Pythia did not answer Oedipus’ question about his parents directly, and instead warned him not to return to the land of his birth, for he was fated to kill his father and marry his mother.

Now, Oedipus still believed that he was a Corinthian, and that Polybus was his father, and Periboea his mother; so, Oedipus decided not to return to Corinth but instead to travel to Thebes.

Oedipus therefore started out but soon he came to a narrow part of the road where two chariots could not pass side by side. Oedipus was therefore faced with another chariot which just happened to carry Laius and his charioteer Polyphontes; Laius himself was on his way to Delphi for another consultation with the Oracle.

Neither Oedipus nor Laius would let the other pass first, and so Polyphontes tried to drag Oedipus off his chariot, but in the resulting fight Oedipus killed Polyphontes, and then he also killed Laius.

So unknowingly, Oedpius had killed the king of Thebes and his own father.

Oedipus and the Sphinx

Oedipus and the Sphinx

Oedipus did eventually arrive in Thebes, but the news of Laius’ death at the hands of an unknown assailant at a similar time. The loss of their king was not the only misfortune faced by the Thebans though, for the Sphinx, the monstrous offspring of Echidna, was also laying waste the countryside.

The throne of Thebes, and hand in marriage of Queen Jocasta, were therefore offered as reward for anyone to rid Thebes of its menace.

Many Thebans tried for the prize, but they unable to solve the riddle of the Sphinx, and so they were killed by the monster.

The wording of the Riddle of the Sphinx varies slightly depending on the source being read, but a common version reads “What goes on four feet in the morning, two feet at noon, and three feet in the evening?”

No-one managed to answer the riddle of the Sphinx, but then Oedipus decided that the prize on offer was worth facing the danger. Of course, Oedipus correctly solved the riddle, for it is man as a baby, man in the prime of life, and man in old age with a walking stick.

The Sphinx killed itself after the riddle was solved, and so Oedipus had freed Thebes of the danger.

This though meant that the second part of the prophecy came true, for Oedipus’ mother, Jocasta, became his wife.

Oedipus and his Mother

Neither Jocasta nor Oedipus realised they were related, and so Oedipus became father to four children by his mother, the two sons, Polynices and Eteocles, and two daughters, Antigone and Ismene.

The rule of Oedipus did not go well though, for whilst the Sphinx was vanquished, Thebes fell victim to a famine.

Again the Oracle of Delphi was consulted, this time by Creon, brother to Jocasta, and the Oracle proclaimed that Thebes was being punished by the Erinyes for harbouring the killer of Laius.

Oedipus and the Plague of Thebes

The Downfall of Oedipus

When Creon relayed the news Oedipus vowed to find the killer, not realising that he was that person.

Very quickly the whole story came out. Firstly, Queen Jocasta told Oedipus about the abandonment of her son, and the wounds inflicted upon him, and then Queen Periboea sent news from Corinth about Oedipus’ adoption. Oedipus’ own scars proved that he was the son of Jocasta and Laius.

The seer Teiresias then also confirmed that it had been Oedipus who had killed Laius.

Jocasta realising that she had born children from her own son, and having also married the killer of her husband, hung herself. Oedipus discovered the body of his mother, and in a fit of extreme remorse, took pins from his mother’s dress and blinded himself.

The Curse of Oedipus

Oedipus’ own sons, Polynices and Eteocles, locked their father away in the Theban palace, hoping that by keeping Oedipus out of sight his sins might be forgotten, and the shame lifted from the family. Oedipus though cursed his two sons so that they might never rule Thebes in peace.

Fearing the curse, Polynices and Eteocles agreed to rule Thebes in alternate years, and the two sons of Oedipus expulsed their father from Thebes.

The blind Oedipus would be guided in his exile by his daughter Antigone, and eventually the pair found refuge in the grove at Colonus. There, in the realm of Theseus he found welcome, and so the former king of Thebes spent his days praying to the Erinyes.

Back in Thebes the curse of Oedipus was coming to fruition for at the end of his year reign, Eteocles refused to cede power to his brother. Polynices therefore started to gather an army together to take the throne by force; this would ultimately lead to the story of the Seven against Thebes, a major story from Greek mythology.

Both brothers were though led to believe that whichever had Oedipus upon their side would be successful in the war.

Rather than assist his son though, Oedipus further cursed Eteocles and Polynices, proclaiming that the pair would end up killing each other; something which did occur in the war at Thebes.

As war raged in Thebes, Oedipus remained in the sacred grove at Colonus, but he was to die shortly afterwards, either at his own hand, or from natural causes.