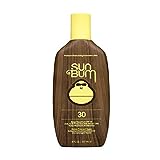 Please take this article seriously... More infomation on solar activity can be found on my hub at:

Astronomers around the world are in debate about this solar cycle – cycle 24. Why is there a debate about cycle 24? Because this solar cycle has been very weak in the sense that it hasn’t produced much solar activity in the form of sunspots and solar prominences. The sun is constantly being watched by astronomers in solar observatories on the earth’s surface and by man-made spacecraft in orbit around the sun, the reason being that the sun is dangerous to us down here on Earth. Why is it dangerous well I talk about that on another hub of mine, click here to learn why.

Cycle 24 has been a disappointment for solar astronomers. The sun has had no real solar activity in the last few years. There have been some sunspots but the surface will be almost blank for months until a smaller sunspot comes into view. Scientists are questioning why this is happening. There are events from the past called minimum cycles where solar activity almost ceased or did cease for many years. The greatest one of the minimums is called the Maunder Minimum which occurred from 1645 to 1715; that is seventy years worth of no solar activity, almost a life time. During this period a thirty year observation only counted up to fifty sunspots compared to forty to fifty thousand that happen during regular solar activity in the same amount of time. So what was happening? Scientists are not sure what causes the minimums in solar activity. Since solar observations have only really been carried out for a little over three hundred years we are at a loss to explain why they happen. But we do know that global cooling and that perhaps even ice ages are associated with lows in solar activity.

So scientists are asking… are we entering into a new solar minimum with cycle 24? Well this debate has wrung the astronomical world. It seems that there is a dense electromagnetic barrier or a torsion field of magnetic energy that runs beneath the sun’s surface; this area is called a torsion zone that can cause a lull in solar activity by causing a blockage from the electromagnetic energies ability to reach the surface of the sun. Imagine now you have thick spaghetti sauce cooking. The surface is so dense that the bubbles are not escaping they are just pushing up on the surface. At the outer edge the gas finally bursts out. We saw this happen in September of 2009. A massive solar ejecta burst out of the sun at the northern latitude and was observed by two spacecraft separated at 120 degrees from different angles.

Observations using sound waves in the sun an observational program called GONG is able to use sound within the sun to take images beneath the suns surface almost like taking an ultrasound image of the sun’s sub-layers. This study has found that the sun’s surface has now reached a critical latitude point where activity will soon be reaching the surface. The dense electromagnetic regions of the sun had slowed down the progression of activity in the solar active bands. So we return to the boiling pot of spaghetti scenario… so let us say that the dense upper layers of the pot are now beginning to break apart or subside because the heating has come to a apex point. What happens next? Well the surface begins to bulge with massive bubbles from under the surface. Yup a super bubble releases all the built up energy at once. We have yet to see a major increase in solar activity as of yet but I’m willing to bet that we will soon.

The Sun is a massive ball of hydrogen gas under tremendous amounts of pressure from it’s own size and heat, The sun’s gravitational energy and size creates fusion reactions in the sun where hydrogen atoms are forced together to create bonds into heavier elements, this process releases incredible amounts of energy in the form of fusion, they create things like H2, H3, and H4. This is the engine that drives the sun. Electrons are forced out of the reaction mass and are bounced around inside the sun for millions of years, once they are near the surface of the sun these electrons form into electromagnetic fields that run under the suns surface like rivers in loops of energy carrying with them rivers of charged solar plasma. When these energy flows near the surface of the sun they create sun spots where the heat is cooled down by the electron flow. Once the surface is broke solar prominences form into flares of super heated electrified plasma following the energy loop, think of these electromagnetic loops like you would think of a bubble rising to the surface of a boiling pot of spaghetti sauce, the released steam is like a solar wind. These loops can twist up to form flux ropes in the form of a spring where massive amounts of electrical energy is stored. Once the stress of this becomes to much the process breaks or snaps and the energy is released into space in the form of a solar flare creating solar wind and clouds of electrically charged particles traveling at high speeds. These are solar storms. Solar convection flows drive these processes to create solar activity.

Solar cycles are eleven year periods where the solar activity from solar convection increases and decreases. These cycles intensify near the end of the cycle called the peak or solar maximum. Cycle 24 will reach solar maximum in 2012.

So I can imagine an X Class or very large flare from the sun coming sooner than later because of the dense properties in the electromagnetic regions that slowed down the energy under the sun's surface, those areas are now weakening and all that stored energy within the sun is ready to blow. Only time will tell if this hypothesis is correct or incorrect. Observations of the sun will continue to go on and soon we see if cycle 24 is a let down or if it is actually just the calm before the storm.

UPDATE: It seems that I was correct in my assumptions that the Sun will have a strong Solar Maximum. We are now entering the rise of solar activity. By 2012 we will be at Solar Maximum and the show should be pretty amazing this time around. Let us hope we are ready for it.

It is now 2010 and the Sun has woke up from it's slumber... Goodbye days of a blank faced Sun and hello Solar Maximum!