James Ranka, more widely known online as Copywriter31, earned two BA's - one in Mass Communications and the other in Music Performance.

For The Record, This Is Not Yours Truly, But He Makes A Lot Of Sense!

I was born and raised in SE Texas where the southern drawl was, needless to say, prevalent. I thought my ingrained accent was simply a part of the way people communicated. Little did I realize people living in California and New York spoke differently: I just assumed that everyone walked and talked Texan.

In fact, I had no idea that I owned a heavy accent until my first year in college. I was a class AAAA pitcher in high school and was heavily recruited for a full ride baseball scholarship. I chose St. John's in Kansas.

Imagine, speaking a certain 'Southern' way for 19 years and all of a sudden you are left to fend for yourself in the "Northern" state of Kansas.

Evidently, my accent was not terrible... at least I slipped through the loud-mouthed censors until the 3rd. week of college.

Not necessarily in that order.

One Friday night, the entire male population in our dorm decided to play a game of flag football. All well - all good... until - someone on the other team dropped a pass and I blurted out something like "y'all suck!"

Little did I know there were about 6 co-eds watching "the boys" play football. One of the girls picked up on my southern-drawled-y'all-statement and about 5 seconds later the razz began... "say y'all for us", "is that how y'all talk in Texas?"

On and on this diatribe continued until I smoothly slithered away - crawling to my dorm room for the night.

Right then; right there I knew my accent was MUCH more than just a different way of talking. My accent represented a slanted view of Texans. Within the blink of an eye, I realized my accent made me seem stupid and uneducated. I wanted to go back to Texas - back home - where I would be accepted; where no one would look at me as being ignorant for using the term, "y'all".

I may as well have been talking to a wall during long distance phone calls charged to my parent's phone. I called every night, begging them to let me come home. They would hear nothing of that possibility.

When I finally realized they were not going to give in to my crying jags, I quit calling, but I made a life-changing decision. I decided to LOSE the southern drawl - completely; totally!

This activity took place in the early 1970s... long before digital recording, now so prevalent, was nothing more than a pipe dream. The cassette recorder was the DAW (Digital Audio Workstation) of the day and I will never forget the first time I heard my voice on tape. I remember thinking, "my god, I hope no one heard THAT!"

After hearing my voice for the first time, I could see why and how the 6 girls were so rightly judgemental. I sounded like a country bumpkin; no ifs, ands or buts. My voice made Larry the Cable Guy sound metropolitan!

I didn't want to talk for the remainder of the current semester.

Knowing that was impossible, I continued to work on changing a drawl to a non-descript accent. Unfortunately one of my classes that semester was Speech! O My God, how I dreaded Tuesdays and Thursdays, the 2 days of the week when I was required to stand up and talk in front of students from LA, New York, and other places north of Amarillo, Texas.

I remember shaking like a leaf caught in a hurricane before my speeches. I survived Speech class, and as each day passed, I lost a little more of my now unwanted drawl.

Texas is a beautiful state. Discover the attractions, places and FREE things to see and do while visiting The Lone Star State. Written for family vacations.

Free Texas: Free Things to See and Do in the "Lone Star" State
Buy Now

I'm not going to lie and say I lost all of my southern drawl that year. The reality is, 10 years passed before I unlearned the accent I so wanted to lose.

No doubt, I have come a long way in a quest to lose what I perceived to be a handicap - the Texas drawl.

I now feel comfortable speaking in front of groups , speaking on-camera and especially speaking as a narrator.

Southern California is the perfect vacation destination. This beautifully written travel guide navigates your journey in a picture-filled book. 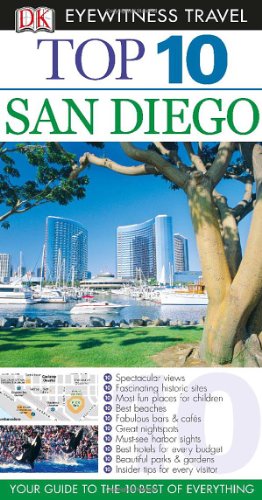 Moving ahead many years to 2000, I remember dating a girl who lived in San Marcos, California (I was working and living in Escondido, CA).

One night, these old memories came back to me in a flood. For whatever reason, I wanted to know what people in California thought of the Texas drawl. By then, I fit right in to the California scene, meaning I had lost ALL traces of a southern accent and my personality naturally melded with the Southern Cali attitudes and laid back lifestyle.

So, I asked her this question... "Do you think people with a pronounced southern accent sound stupid?" She stammered and delayed but she finally said, "Well, I must admit, they do sound a bit slow on the uptake."

Losing my accent may not be right for ALL southerners, but it was right for me. Why? My new 'voice' produced:

So, what do you think?

Almost 40 years have passed since the infamous flag football game. In that time, I have sometimes wondered if I over-reacted to the accent mocking incident. Although I don't regret losing my southern drawl, I wonder if working so hard to lose it was that big a deal.

Answer the poll question (below) because I would really like to document your thoughts on the southern drawl, AKA a Texas accent. Your answers will help answer that question ruminating inside this noggin' for many years:

"Was I over-reacting to the teasing or is the southern accent detrimental to one's image?"

Do you think a pronounced southern accent makes a person seem ignorant or stupid?