The Unconscious and Archetypes by Carl Jung

An Introduction to Psychoanalysis

In 1899, Sigmund Freud explored the unconscious and was one of the first psychologists to ever study the subject. He even write a book about his findings known as The Interpretation of Dreams to explain the unconscious to the public.

In 1903, Pierre Janet suggested that traumatic incidents generate emotionally charged beliefs. This can includence an individual's emotions and behaviors for many years. This is common for someone who suffered a traumatic event.

Jung based his theories off of Freud, mainly because he admired Freud and studied under him for a few years. Jung took Freuds idea of being motivated by the unconscious and evolved the idea further. He enjoyed studying societies around the world and was astounded that they had similarities, even though they were culturally very different. He believed the similarities must be due to something larger than one man's individual experience. He decided the symbols must exist part of the human psyche. To Jung, it seemed these shared myths contained a "collective memory" of history. In some of his writings, he says the commonly found myths and symbols are part of the collective unconscious. He believed the symbols are pieces to the puzzle. They are hereditary memories passed down from generation to generation that change very slightly across history. These inherited memories show in the psyche as a language of symbols, these are called archetypes.

There are many archetypes that exist and though they blend and mold into each other in very different cultures, each individual contains the model of each archetype. They can be thought of as inherited emotional and/or behavioral patterns. They allows us to recognize sets of behaviors or emotional expressions that have unified meaning. It seems that we do this instinctively. However, Jung says what seems to be instinct is really the unconscious use of archetypes. Since we use these symbols to make sense of the world and our experiences, they appear in all human forms of expression, including art, drama, literature, etc.

The Persona is one of the most important archetypes that he describes. Early in his life, he had a tendency to share only a part of his personality with the outside world. He also recognized this trait in other people and noted that human being divide their personalities into areas. They share only certain areas of themselves according to the environment and situation. The area that we present to the world, known as the public image, is the archetype "Persona".

Also in his writings, Jung believed that the self had both a masculine and feminine part. When we become wholly male or female, we turn our backs on half of our full potential. There exist the Animus, masculine area, of the female personality and the Anima, the feminine attributes of the male personality. The archetypes help us understand the nature of the opposite sex and reflect the traditional ideas of masculine and feminine. The Animus is described in culture as the "real man". He has muscles, a commander, romantic seducer, and thinks logically. The Anima is known as a wood nymph, a virgin, a seductress, close to nature, intuitive, and spontaneous. Often the Anima is viewed in artwork as Eve or Helen of Troy or Marilyn Monroe. These archetypes can effect our moods, reactions, and can show themselves in prophetic statements or unbending rationality.

There is another archetype that is the area we do not want the world to see, the Shadow. It holds all of our secrets and shameful aspects of our character. In the Bible, it is known as the Devil. In literature, it is Mr. Hyde. The Shadow is the bad side of ourselves that we project onto others yet is not entirely negative.

However, the most important archetype consists of the True Self. This archetype is the central aarea that harmonizes all other aspects into a unified self. In Jungs writings, the goal of human existence is to reach an advanced and enlightened state of "self-realization". This archetype has wisdom, truth, and connects to the spiritual. Jung taught that "self-realization" needed to be consciously sought and what pushed all of us in life.

Archetypes are significant in the interpretation of dreams. He believed dreams were a dialogue between the conscious self and the ego combined with the collective unconscious. Archetypes are symbols within the dream that create dialogue or a hidden message in an attempt for the unconscious to make the conscious aware of something in the person's life. Each archetype has a specific meaning. For example, the Wise Old Man or Woman may be in a dream representing a spiritual leader, parent, teacher or doctor to provide guidance, direction, and wisdom.

These archetypes exist in our minds before conscious thought. What we consciously think is happening is advised by these hidden archetypes within the unconscious. Because of this, the collective unconscious affect the conscious state. What we generally attribute to deliberate and reasoned thinking is actually being guided by unconscious activity. 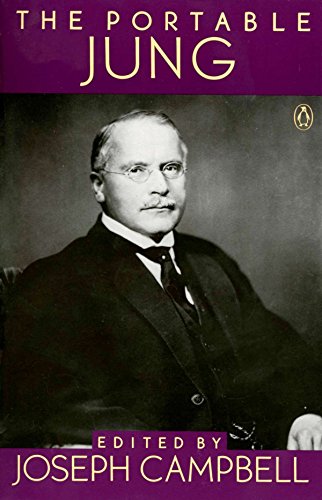