The Wetlands: A Bird Watcher's Paradise

John is passionate about human and animal rights, social justice, equality, and the environment, and likes to convey that in his writing.

Wooroolin is a small town in the South Burnett region of Queensland, Australia situated on the Bunya Highway, 243 kilometres (151 miles) north-west of the state capital Brisbane and about 30 minutes drive from my home. Wooroolin has a population of about 164.

Just to the east of the town is the Wetlands. Although classified as a palustrine wetland, a non-tidal, inland, non-arid, seasonally flooded, vegetated swamp the Wooroolin Wetlands had been basically dry since the mid-1970s. Many bird and aquatic animal species had migrated to more suitable habitats.

However, after successive floods in 2011 and 2013, the wetland burst its banks and flooded Wooroolin for the first time in recorded history. As of 2014, the wetland is still completely full and resembles a large, shallow lake. Native bird and animals such as turtles have returned to the area which seems to have a permanent water supply once again, despite most of the state being declared drought affected.

Some of the abundant birdlife you can now see in the area are parrots including crimson wings, galahs, black cockatoos, as well as kookaburras, blue wrens, willy wagtails, and of course native waterbirds like egrets, Australian wood ducks, water hens, and occasionally swans.

Sitting at the wetlands

Laid back, my eyes are closed.

There's traffic in the distance

But I easily block it out,

For this piece of tranquility

An oasis in the drought.

A habitat for many birds,

I know but just a few.

Of dead and dying trees,

But a haven for God's creatures,

As nature's meant to be.

I pray that man preserves this scene

For a hundred years or more,

So generations yet to come

Can see what my eyes saw.

"Wetlands are everywhere in Australia, from the
man-made ponds of your suburb, and the rivers
in central Australia that only see water every
few years. We often pass them unnoticed and
without a thought to the important jobs they
perform each day.

Wetlands are an important part of the Australian
breeding sites for hundreds of Australian animals
and recreational centres for many communities.
They protect our shores from wave action,
and improve water quality. They provide habitat
for animals and plants and many contain a wide
diversity of life, supporting plants and animals
that are found nowhere else in the world." 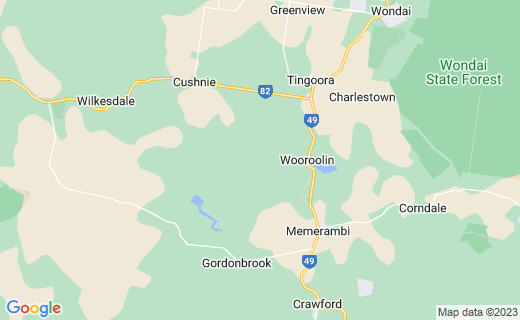 A road runs all around the entire wetlands area. It begins at the carpark of the Wooroolin Hotel and continues past the Showground/sports field, then around in a circle before rejoining the main highway just south of the town.

I walked this road recently and it is very quiet. It took me about an hour to complete the walk and I never encountered even one vehicle. More accessible walking tracks need to be added by the local council because until you reach the showgrounds, about two kilometres along the road, you can't get close enough to the water to fully appreciate the bird life. Cutting across the sports field you can access a plaque providing information about the wetlands and an overgrown, but accessible track leading to the water.

From here you can see a "bird hide" which is a small wooden structure that you can actually hid in to view and photograph the birds and wildlife. The only problem here is that the water level is now much higher than it was when the bird hide was constructed and so now about 20 metres of water separate it from the bank. Keen bird watchers can wade across I'm sure but I didn't attempt this as I wasn't dressed for the occasion and I doubt skinny dipping would be welcome (though I never encountered another soul).

I did spend some relaxing time here observing a variety of birds (mostly ducks and other water fowl) and listening to the wonderful sounds of nature, before resuming my walk along the rest of the road. Before leaving I noted how this area could be so easily improved if more of the underbrush was cleared away from the pathways and a seat or two built to create a wonderful rest area.

The remainder of the road began to run closer to the wetland area and provided better views with a few cleared areas that a car could pull over and park close to the water. It was a pleasant and peaceful walk and I am sure that in the coming years the local council will devote more time and money to beautify the surroundings and improve access. If this is done it will become one of the major tourists attractions in the area. I guess this could have both positives and negatives, especially for the wildlife.