The megalodon is the world's largest shark ever, but you can relax because it is extinct.

It would have made the biggest great white shark ever look like a tadpole!

At up to a massive 98 feet long (30m), this big cousin of the great white shark was a fearsome creature that even movie-makers haven't dared to conjure up.

Scientists have put together fossils found the world over of this incredibly enormous shark, and through experimentation have worked out that the bite of the average-sized megalodon would have been 10 times more powerful than the biggest great white sharks we have in our oceans today.

Megalodon pups were 13 feet long when they were born!

The largest sharks that exist in the world today are whale sharks that can reach 42 feet (13m) in length, but which are harmless plankton eaters.

The megalodon, full name Carcharodon or Carcharocles megalodon, is referred to as simply C. megalodon, because scientists cannot agree on its true taxonomy.

When did the megalodon live?

To put this into perspective, the dinosaurs died out 65.5 million years go, and human beings like ourselves only appeared 200,000 years ago.

So the megalodon shark lived in the period after the dinosaurs became extinct and before homo sapiens (us) appeared.

Is the megalodon still alive today?

This is something that seems to trouble a lot of people, perhaps the nightmare scenario of coming face to face with one of these monsters while swimming in the sea.

While it is true that 70% of the world's oceans are as yet unexplored, it is extremely unlikely that the megalodon still exists in any of them.

The simple reason for that is because the parts of the oceans and seas which remain unexplored are the deep waters where man cannot yet go because of the intense water pressure.

The water temperature deep underwater is very cold, because sunlight cannot penetrate and, as we all know, heat rises, not sinks. 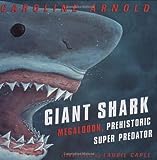 Where were megalodon sharks found?

C. megalodon were to be found in all the warmer waters of the world, not forgetting that sea temperatures then were higher than they are today.

Fossilised remains of its teeth have been found in:

It is called a cosmopolitan species because they existed in such a widespread area, as shown by where their fossilised remains have been discovered.

[All sharks' bodies are made of cartilage, not bone, and this substance does not fossilize. We have cartilage in our joints, our noses and our earlobes, and while it is very strong and flexible, it generally does not calcify and turn into fossils.]

Why did the megalodon become extinct?

The world underwent terrific changes during the 15 million years that C. megalodon lived.

There were devastating earthquakes and volcanoes as the tectonic plates on the Earth's surface shifted and rammed into each other.

It was during this turbulent period that our continents moved into the positions they are in today.

The Rockies and the Andes mountain ranges were born during this era, and the isthmus at Panama appeared, separating the warm Pacific waters from the cooler Atlantic ocean.

Gradually, the megalodon found itself pushed into cooler waters without the necessary adaptations to survive that many other sharks have, including the great white, or they found themselves trapped in shallow waters as the levels receded.

Sharks have nursery grounds where they go to breed, and those sites are chosen because of their lack of predators.

The megalodon found itself without any safe place to go, and orcas (killer whales) fed off their pups.

No-one knows for sure why the megalodon sharks died out, but it is thought to be a combination of those calamitous events that wiped out their ideal environment, and ultimately led to the demise of the species.

The fossil teeth of the megadolon are an average of 7" in length, and overall are the size of a man's hand.

Megalodons had rows of teeth, just like modern day sharks, which move up to replace any that are lost, so that the shark always has a mouthful of teeth at the ready.

Should you find any megalodon teeth in rocky formations, the greatest care should be taken not to damage it when removing it from surrounding rock.

There is a healthy collector's market in megalodon teeth, and you should be able to sell it on at a profit.

The bigger the tooth, the more valuable it becomes.

Damaged or repaired teeth do not appreciate in value, so take the greatest care with your megalodon tooth.