The biggest tsunami in present times struck at Lituya Bay, Alaska on July 9, 1958. This was so big that it is known scientifically as a megatsunami.

The wave was brought on by an enormous 8.3 magnitude earthquake that hit the Fairweather Fault and caused a massive earth landslide.

The region had suffered earthquakes previously as it lies on a fault line, however, this was the most dramatic in 50 years. The tremors were even felt by people in Seattle, Washington.

Scroll down for videos

Please visit our other tsunami and natural disaster pages

Forty million cubic yards (30.6 million cubic meters) of rock towering above the northeastern shore of Lituya Bay were loosened and plunged into the sea from 3000ft (914 meters) high down into the waters of Gilbert Inlet.

The effect of the rock crashing into the water created a localised tidal wave that crashed in opposite direction to the southwest shoreline of Gilbert Inlet.

Such was the force of the water that the wave cleared the piece of land that disconnects Gilbert Inlet from Lituya Bay. The wave then contiuned down the whole length of Lituya Bay, over La Chaussee Spit and into the Gulf of Alaska.

Several boats were sank and two anglers were killed as the wave progressed through the bay. Trees and vegetatation were completely wiped out. Luckily, there had been little cicivilastion in the area. If there had been, many more people would have lost their lives.

The enormous wave reached a staggering 1720 feet (524 meters) above ocean level. Incredibily, the wave was bigger than the Empire State Building in New York which stands 1,470 ft (448 m) tall. If the wave had been in New York, it would have completely submerged the building and probably have sweapt it away.

Eyewitnesses who were prsent at the lake described seeing an enormous glacier carried over the mountains by the wave of the water. A fisherman said that he was woken up by a jolt and the mountains were shaking 'something awaful'. He added that 'big chunks of ice were falling off the face of it and down into the water'.

This is the biggest wave ever known to man. The cause of the tsunami is different to the normal way of an earthquake under the sea, nevertheless, the resulting tidal wave is still classed as a tsunami as it was created by an initial earthquake. In fact, experts had to reasses the causes of tsunamis to inlcude landslides.

Lituya bay is around nine miles) long and two miles wide, although it becomes narrower at both ends. There are also a number of glaciers that run into the lake. The lake is 722ft (220m) deep at some points.

A spring of gushing lava initiated a torrential landslide in Sicily 8,000 years ago. This collided with the ocean at more than 200 mph, triggering a decimating wave that spread across the Mediterranean Sea. There are no academic records of the occasion, however, verbal accounts have been passed down through the generations. Written and illustrated records also exist and researchers believe the powerful wave was taller than a 10-story building.

The tremor started at 9:30am on November 1st, 1755, and was focused in the Atlantic Ocean, around 200 km from Cape St. Vincent in Portugal's capital, Lisbon. The shaking lasted from ten minutes and was involved several notable shocks. Impacts from the seismic tremor were extensive.

When a monster seismic tremor annihilated Lisbon, Portugal and shook much of Europe, folks took shelter by pontoon. A tidal wave followed, as did stupendous blazes. Out and out, the occasion murdered something greater than 60,000 individuals. Granted that not the strongest or most lethal quake in human history, the 1755 Lisbon tremor's sway, not just on Portugal but on the sum total of Europe, was deep and continuing on. Delineations of the quake in delineation and written works might be found in numerous European nations, and the aforementioned were processed and repeated for a considerable length of time taking after the occasion, which approached be reputed to be "The Great Lisbon Earthquake."

The blast and collapse of Krakatoa volcano produced tidal waves that were reached120ft (37 metres) in height. The volcano's emissions continued to propel the a tidal wave and it drowned 36,000 folks in the Indonesian Islands of western Java and southern Sumatra.

The solidness of the waves pushed coral squares as vast as 600 tons onto the shore. The gigantic wave obliterated every last trace of the beachfront towns and villages on the Sunda Strait, within a few hours of the eruption and spilling of the well of lava . The waves were so destructive that coral squares weighing the same amount as 600 tons were tossed shorewards. A warship in the region was even conveyed 3 km inland by the waves and was kept at a 10 meter height above ocean level.

On the night of June 15, 1896, the northeast bank of Hondo, a Japanese island, was struck by a stupendous earthquake. The following wave was more destructive than any seismic activity in the history of the small region. Waves that reached as far skyward as 100 ft (30 meters), spawned by a quake, cleared the east coast of Japan. Some 27,000 local residents were killed. A few survivors, who saw the wave coming towards them through the night, said that it was around 80 to 100ft tall.

The April Fools tsunami, triggered by a seismic tremor in Alaska, killed 159 residents who were mainly from Hawaii. The actual quake itself happened in the Aleutian Islands of Alaska. A Pacific-broad wave was triggered by the quake, which had a surface-wave extent of 7.8, an epicenter of 52.8° N, 163.5° W, and a focal expanse of 25 km. After the wave dispersed it took the lives of 165 individuals and left a trail of destruction costing around26 million.

The largest tremor ever recorded in Chile measured 8.6 on the Richter scale. The quake created a tidal wave that hit the Chilean coast within 15 minutes. The surge, up to 75 feet (25 meters) tall, is estimated to have claimed the lives of some 1,500 individuals in Chile and Hawaii.

The Alaskan Good Friday quake, which measured 8.4 in magnitude, spawned a 201ft (67 meters) tidal wave in the nearby Valdez Inlet. The killer wave raced across the waters at more than 400 mph, and along the way wiping out something greater than 120 residents. The effects were felt as far away as Crescent City, in northern California, which saw waves towering 20 ft (6.3 meters) tall.

On August 16, 1976, an immense earth quake on the Cotabato Trench wreaked havoc annihilation on the island of Mindanao. Mindanao is the southernmost and most impressive of the Phillipine Islands, with breathtaking natural scenery.

The tidal wave that was created in the Gulf of Moro and in the Celebes Sea caused 8,000 deaths in the hamlets and villages that run along the coast in North and South Zamboanga, North and South Lanao, North Cotabato, Maguindanao and Sultan Kudarat (Mindanao), and in the neighboring Sulu Islands.

This was the most devastating seismic activity and tidal wave in the history of the Philippines. It was so powerful that the Indonesian Hydrographic Office reported that unexpected wave action actually moved the islands of Sulawesi (Celebes Island) and Borneo.

A size 7.1 quake created a tidal wave in Papua New Guinea that took the lives of 2,200 people. The tremor began off the northern seashore of Papua New Guinea and created one of the most exceptionally damaging tidal waves to strike this nation in the living memory of many of the inhabitants. There was no warning before the wave struck. This caused the avalanche of water to engulf countless individuals and leave more than 6,000s homeless. A considerable number more people were never found.

An enormous seismic tremor - one of the greatest ever known - with a magnitude in the region of 9.1 and 9.3 shook Indonesia and killed some 230,000 people. A large number of the deaths were caused by the lack of water, medication, and rife diseases in the days, weeks and months after the initial tidal wave left a trail of destruction.

The shudder was named the Sumatra-Andaman tremor, and the wave has become known as the 2004 Indian Ocean torrent. The tidal waves were so powerful that they travelled around the world and reached destinations including Nova Scotia and Peru.

The massive sheet of water built up over the Indian Ocean at high velocity and hammered into beachfront regions with very little or no warning at all. Had there been better warning systems in place, more people may have survive.

Indonesia is thought to have been the worst-hit country in the region, with 4,185 confirmed dead. In Sri Lanka, over 3,500 people have died and one million more have been made homeless. President Chandrika Kumaratunga has declared a national emergency.

A monstrous 8.9-size quake struck the north east coast of Japan and caused waves that raced inland. This was one of the largest earthquakes ever recorded to have struck off the coast of north Japan, but the real damage came from the resulting tidal wave. This engulfed buildings, picked up ships and tossed them over, washed away cars and even wiped out entire villages and towns.

The death toll from the natural disaster reached as high as 40,000 people. Many more were forced to live in temporary shelters after their homes were destroyed.

One of the worst aspects of the earthquake and tsunami was the damage that was done to the Fukushima nuclear reactor plant. This was damaged in the chaos and spilled nuclear radiation into the atmosphere. This caused worldwide fears of a nuclear fallout, and all of the Japanese people living near the reactor had to be evacuated from their homes. 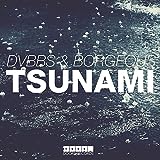