The hero Philoctetes in Greek mythology

Today, the Trojan War is one of the most famous events from Greek mythology, and the name of many of those who fought in and around Troy are well known. The likes of Achilles, Odysseus, Hector and Aeneas are famous characters even today; in the stories of the Trojan War though, there were dozen more heroes whose fame is overshadowed by the aforementioned men.

Arguably one of the more important of these lesser known heroes was Philoctetes, but Philoctetes is a hero whose name has all but been forgotten. 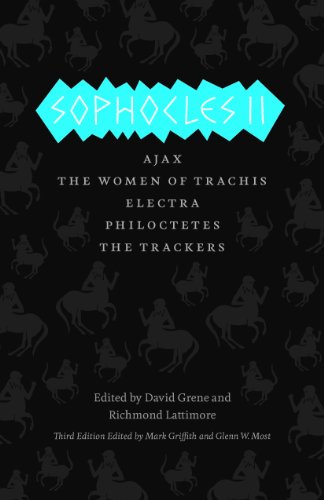 Philoctetes in the Ancient Sources

Philoctetes is a character who appears in many ancient works, but many of these ancient sources have not survived intact into modernity, limiting the fame of the hero.

The most important intact primary sources are Philoctetes by Sophocles and the Iliad by Homer. In the former Philoctetes is the central character, and in the later he is but a bit part figure. Sophocles’ play tells of events after the story in the Iliad has ended.

In antiquity, Philoctetes was also a character in the Little Iliad, a lost epic, and the central figures of Philoctetes by Aeschylus, Philoctetes by Euripides, and another play by Sophocles, Philoctetes at Troy. The outline of the plays is known for other sources, although the original texts are all but lost.

From these ancient sources, a storyline for Philoctetes can be deciphered.

The Story of Philoctetes before Troy

Philoctetes was the son of King Poeas and Queen Demonassa, rulers of Meliboea in Thessaly. Poeas had been one of the crew of the Argo, and a companion of the demi-god Heracles on other adventures, and was noted as one of the finest archers in Ancient Greece.

The son of Poeas comes into prominence when the end of Heracles was near. Heracles had put on the poisoned robe, and was wracked with pain. His death was near and so he had built his own funeral pyre, but no one was willing to light the pyre itself. Then along came Philoctetes, who agreed to assist the friend of his father; and for his willingness to act, Heracles bequeathed him his bow and arrows.

In some versions of the story it was Poeas who lighted the pyre, and Philoctetes inherited the bow and arrows from him.

Philoctetes, like his father before him, gained a reputation as being a fine archer. At this time word was sent from Sparta to all corners of Ancient Greece that the beautiful daughter of King Tyndareus, Helen, had come of age, and was available to be wed. Philoctetes, considering himself to be an eligible suitor for Helen, travelled to Sparta.

In Sparta, Philoctetes found himself to be just one of many suitors, and eventually Menelaus was chosen to marry Helen, but as a Suitor of Helen, Philoctetes had taken the Oath of Tyndareus, to protect the future husband of Helen.

This oath meant that when Paris abducted Helen, Philoctetes was honour bound to help in the retrieval attempt.

Philoctetes on the Island of Lemnos

Philoctetes on the way to Troy

When the Achaean forces gathered at Aulis, Philoctetes was in charge of seven ships of 50 oarsmen archers; these men having been assembled from Meliboea, Olizon, Thaumacia and Methone.

By the time the fleet arrived at Troy though, the seven ships were under the leadership of Medon, the half-brother of Ajax the Lesser. The reason for this change of leadership being the fact that Philoctetes had been left behind on the island of Lemnos.

With the wound not healing, and presuming it to be fatal, the decision was made to leave Philoctetes behind. This decision would have fallen to Agamemnon, although it is Odysseus who is normally blamed for forcing the abandonment of Philoctetes.

It was only after ten years of fighting that the real importance of Philoctetes was discovered.

Various prophecies had to be fulfilled in order for the Achaean forces to be successful at Troy; these included the sacrifice of Iphigenia, the need for Achilles to fight, and then the need for Achilles’ son to be present at Troy. Then in the tenth year, Helenus, the captured Trojan seer, added another prophecy; the bow and arrows of Heracles would have to be used for the Achaeans to win.

A small expedition force was dispatched to Lemnos to retrieve the weapons; the Achaeans believing that by that time Philoctetes would be dead. The expedition was lead by Odysseus and either Diomedes or Neoptolemus, the second leader depends upon the source being read.

On Lemnos, the Achaeans of course find Phioctetes alive, although still suffering from the unhealed snake bite. Odysseus seeks to trick Philoctetes into giving up the weapons of Heracles, and is intent on leaving the wounded hero behind once again. It is left to Diomedes or Neoptolemus to convince Philoctetes to travel to Troy with his weapons. In one version of the tale it is only the sight of the deified Heracles who convinces Philoctetes to go; Heracles assuring the wounded hero that he can be cured at Troy.

The Sacking of Troy

On arrival at Troy, Philoctetes was indeed cured of the snake bite, for amonsgtthe Achaean forces were Machaon and Podalirius, the sons of Asclepius; and so Philoctetes was soon in a fit state to take up his weapons and fight alongside the other Greek heroes.

During the fighting Philoctetes was said to have killed three named Trojan heroes, the most notable of which was Paris. Even the weapons of Heracles though were having little impact upon the defences of Troy, and whilst Philoctetes was willing to continue fighting, the other war-weary heroes sought a clandestine method of victory.

This method was of course the construction of the Wooden Horse, a horse which led to the downfall of Troy.

The sacrilege of other Greek heroes during the Sacking of Troy resulted in the return journeys for the Achaean forces to be both long and hazardous.

Philoctetes would eventually reach Meliboea, but during his absence an uprising had occurred, and he was no longer welcome in his own city. Philoctetes therefore travelled on, making his way to Italy, and the Calabria region, and here the Greek hero was said to have established the towns of Crimissa, Petilia and Macalla.

In antiquity there is no mention of Philoctetes death, although in the 12th Century AD, John Tzetzes, a Byzantine poet, would embellish the story of Philoctetes, with the tale of the hero dying as he fought alongside soldiers of Rhodes who had landed in Italy.