The Differences Between Werewolves & Vampires

If you're a die-hard Twilight fan, then you probably think that the only real differences between vampires and werewolves are that one of them sparkles and the other needs a flea-dip. Or, if you're a classic horror movie fan, werewolves are obviously directly related to Lon Chaney and all the vampires in the world were bitten by Bela Lugosi.

The truth is a little less Hollywood and a whole lot more complicated. The truth may not even be the truth at all, but legends and folk tales born of medieval fear and uncertainty. The truth, as we know it, indicates that the only real similarities between vampires and werewolves is that they're both steeped in European tradition and caused those folks to do some seriously odd things to their recently deceased relatives.

To find the true differences in creatures known as werewolves and vampires, we have to first throw out everything we know. Forget the Halloween costumes and the Warren Zevon songs (and the badly written Count Sparkula novels). Forget Lestat, Gary Oldman and Count Chocula (though we are keeping the Count from Sesame Street, ah, ah, ahhh.) Teen Wolf was fun, but... just, no.

To figure it out, we have to start at the beginning.

Bone Up On Vampire History

The History of the Vampire

The beginnings of the tale of the vampire are a little murky. Stories of undead beings that return to terrorize the living are as old as time. To find the origin of these blood sucking baddies, we've got to sort through documents, stories, handed-down tales and about a million pieces of other literature. What we're looking for are specific tales of creatures returning from the grave to feast upon or otherwise do harm to living humans.

In Medieval Europe, many things were simply misunderstood. In order to explain away what would later become known as the natural process of decomposition, exhumed bodies that did not appear to have properly rotted away were often considered vampires. This was especially prevalent in towns and villages where several unexpected deaths occurred relatively quickly. It couldn't have been tuberculosis, or anemia or any other disease that would be identified over the next several centuries. It must have been the mark of the vampire.

In these terrorized villages, the recently dead would have been dug up and, if the body appeared to have not decomposed, if the nails or hair had grown (which does occur after death) or if there was still blood located in the heart (don't ask how they determined this, seriously) then the poor sap would be proclaimed a vampire. The townspeople would then have someone, usually a member of the clergy, completely destroy the corpse. It would have been decapitated and, in some cases, the heart would be removed. Often pieces of the body or the entire body itself would have been burned to ashes.

Of course, some folks on the fringes of society would have us believe that vampires are, indeed, real. They point to Bram Stoker's legendary novel Dracula, which borrowed heavily from Eastern European folklore and the real legend of Vlad Tepes the Impaler of Wallachia (now Romania), The Son of the Dragon, also known as Vlad Dracul, who delighted in running his homeland red with the blood of those that he impaled on huge stakes. They also argue that Countess Elizabeth Báthory de Ecsed, a Hungarian royal who lived in the 1500's and liked to bathe in the blood of virgins, was an example of a real vampire. The problem is that Tepes was just a really nasty guy who liked to brutally torture his enemies (and, in some cases, his own subjects) and Bathory really was just a nutjob.

Most legends have similar themes when it comes to killing a vampire. Nearly all involve removing the heart, or at least staking it with a wooden spear. Decapitation was another popular way to destroy a vampire. Often burning would be included as well, either for the heart or the entire body. Vampires could be injured by holy water and garlic, and could often not cross running water. There isn't much evidence for vampires having to be invited to enter your home.

This isn't even taking into account what popular culture has done to the myth of the vampire. They're no longer creatures of the night to be feared. They're strikingly handsome with perfect hair, tons of money and all the girls are chasing off after them screaming "BITE ME, PLEASE!" There's also role-playing games, television shows, movies, books and people in the realm of the internet arguing that, not only are vampires real, but they, themselves are blood drinkers. 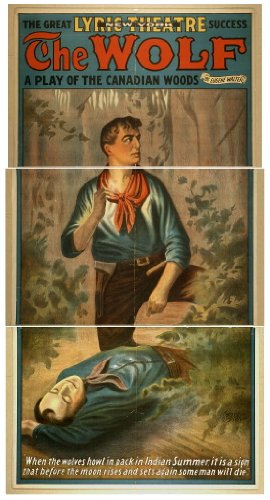 The Werewolf in America: The True History
Buy Now

The History of the Werewolf

Werewolves also have their beginnings in multiple cultures spread all across the globe and time itself. The myths and legends apparently started in Greek mythology, where these shape shifting wolf-human hybrids were called lycanthropes.

Though the legends do appear in literature first in Greek culture, the Native Americans also had shape-shifting legends. The French have their own term for werewolves, they're called the loup-garou. Russian folklore called them oboroten.

Essentially, a werewolf is a man or woman who, either by birth, bite or curse, can transform into a wolf-like creature. In some legends, the catalyst for the change is the appearance of the full moon. In other legends, these shape-shifters can take the form of other animals or even other humans.

Throughout European history, the werewolf has been revered and feared as a kind of boogeyman. Europe's werewolves were usually very evil men who changed form to hurt, torture and kill their enemies. Interestingly, werewolves were also considered to be "of the devil."

There are a few records or remarks about werewolves in European history. Vseslav of Polotsk, a one-time prince of Kiev, was believed to have been a shapeshifter. He was into sorcery and alchemy, and his detractors began a rumor that he turned into a form resembling a wolf whenever he felt the need to prowl the city. The Beast of Gévaudan terrorized the French countryside in the 1760's. Though the creature or creatures were described as giant wolves, the legends that attributed these mass killings of livestock, and later humans, to werewolves have pretty much been debunked.

The Navajo, a Native American tribe, also has legends of shapeshifters. The skinwalkers were evil witches who had the ability to change into different forms. The Navajo were so scared of these shapeshifters that they would only wear the skins of domestic animals for clothing, afraid they would either incur the wrath of the skinwalkers, or become one themselves.

As with vampires, the legend of the werewolves has been completely transformed by Hollywood. Though they are still creatures of the night, scripts and stories have werewolves only changing form at the full moon. There are varying reasons why someone would become a werewolf as well. A potential werewolf would either have to be bitten, born a lycanthrope, or cursed by a gypsy or some other crazy blue-haired old lady. The methods of killing a werewolf almost always involve death by some sort of silver object, usually a bullet.

The odd thing is that there is a clinical use of the term lycanthropy. Patients who suffer from this disorder actually do believe that they are werewolves, or other shape-shifters.

For the most part, vampires return from the grave to wreak havoc on humans and werewolves usually use the full moon to transform into creatures that strike fear in the hearts of mortals.

Vampires and werewolves should be relegated to folklore and those poor, frightened, unenlightened people in Medieval times. Most of these legends are made up stories that explain away things that these folks just weren't qualified to understand in their time.

Though they are seeing a popularity in fiction and films that they've never had before, they are just that... fiction. As pop culture would have it, yes, one of them sparkles and the other needs a flea-dip.