I recently read an article from a website I stumbled upon by accident. The website was loaded with facts about a chemical called “Dihydrogen Monoxide” . The facts were basically stating how dangerous this chemical is to us and how prevalent it is in our environment. It turn out that this dangerous sounding name is water. This is the IUPAC or International Union of Pure and Applied Chemistry name for water. This name for water is based on rules setup by the IUPAC organization for naming chemicals. The idea of dihydrogen monoxide being a dangerous substance was first perpetrated as an internet hoax by students at the University of California in the 1990s and to this day many people still do not know that dihydrogen monoxide is just water unless they were chemistry majors in college. Hoaxes of this nature often scare the general public because they do not know the IUPAC name of common everyday chemicals. I do not want to illustrate here how scientifically illiterate some people are but to bring to your attention that just because some chemicals have a long and dangerous sounding IUPAC name to them are basically harmless to us in most cases. Here are a few familiar substances to illustrate this point.

For instance, deoxyribonucleic acid, sounds dangerous does it? It is DNA spelled out. It also has a IUPAC name like other chemicals out there, but it would be too long to print in its entirety here. This chemical makes virtually all life possible on this planet and possibly elsewhere in the universe. Without it life would be impossible as we understand it because this is the chemical responsible for the transfer of genetic information from parents to offsprings. A typical nonscientific person would assume that this is a corrosive chemical because it has the word "acid" in its name. It is an acid but it is a weak acid so that makes it the non-corrosive kind.

Almost everyday in the world someone consumes vitamin C either as pills or eats oranges at some point during the day. Vitamin C is one form of ascorbic acid, a naturally occurring organic compound that is a very important part of our diet. If you saw the IUPAC name of this common chemical you probably will have second thoughts about eating another orange which is (5R)-[(1S)-1,2-dihydroxyethyl]-3,4-dihydroxyfuran-2(5H)-one. The name basically tells a chemist the locations of the chemical groups and how many of the chemical groups are on the parent molecule. For example, the 3,4-dihydroxyfuran tells the chemist that there are two hydroxy or -OH groups at positions 3 and 4 on the five-sided ring called furan. The ring is the parent molecule where you can make other chemicals simply by changing the position of the groups attached to the ring or by substituting different chemical groups in place of those already attached to the ring. However, if you removed all the groups attached to the ring, the ring alone is an extremely flammable liquid. It boils almost at room temperature.

You heard about this one a lot on the internet lately. Cinnamon is a naturally occurring organic chemical found in the bark of cinnamon trees used as a flavorant. The chemical name is trans-cinnamaldehyde. Its IUPAC name is (2E)-3-phenylprop-2-enal. This chemical is in a class of compounds that exhibits antimicrobial properties. Another familiar compound formaldehyde is also in this class of compounds. It is used as a preservative for animal tissue and as a component in embalming solution for the same reason. Cinnamon’s antimicrobial properties make it one of the most popular ingredient in mouthwash and it was first used in toothpaste as early as the 1780s.

The main ingredient in cocoa used to produce chocolate is theobromine. Despite the name, bromine is not in this chemical. However, bromine is a poisonous gas up there with chlorine in the halogen family of the periodic table. Nonetheless, the IUPAC name for theobromine is 3,7-dimethyl-1H-purine-2,6-dione; which sounds even worst. Occasional consumption of chocolate is considered to be healthy for us, but consuming large amounts of it can cause theobromine poisoning, especially in the elderly. Fortunately, this does not happens that often because there is a small amount of theobromine in processed chocolate. Domestic animals like dogs should not consume too much chocolate since their digestive system metabolizes it much slower than humans. Beware dog owners! They are the most common victim of theobromine poisoning and it can be fatal if the condition is not treated in time by a vet.

Vanillin is a natural occurring organic chemical used as a flavorant in many food products and is the principle component in vanilla extract. This one really has a terrible sounding name using the IUPAC nomenclature rules. The IUPAC name for vanilla is 4-Hydroxy-3-methoxybenzaldehyde. It falls in the same class of compounds (aldehyde) as the previously mentioned cinnamon. Unfortunately, for some migraine suffers vanillin can trigger migraine and some people are allergic to it.

Everyone is familiar with this one. Caffeine can be found in many common everyday products such as coffee, tea, soda, chocolate, pain-relievers, and even in energy drinks such as Fruit 2O. Basically, manufacturers have added caffeine to almost any edible or drinkable product with the word “energy” printed on its label. It is the most used psychoactive drug in the world since it is consume by a very large population. The IUPAC name for caffeine is 3,7-Dihydro-1,3,7-trimethyl-1H-purine-2,6-dione. This is what people are drinking everyday, a long named chemical. Furthermore, this chemical is in the same class of compounds as theobromine, previously mentioned, found in chocolate. Theobromine is also a psychoactive chemical and its IUPAC name is very similar to caffeine. Unfortunately, caffeine has the same effect on animals just as chocolate does. Caffeine is toxic to many animals, especially dogs since their system metabolizes or breaks down the chemical a lot slower than humans. Again, be carefully with coffee and sodas around them. 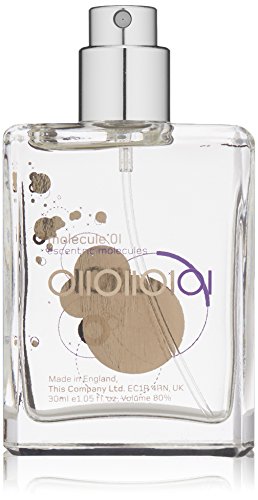 As you can see, everyday products we take for granted have long, dangerous, sounding name to them. But in most cases they are harmless to us if consumed in moderation. So, the next time you see something in the media with a long and dangerous sounding name to it do not fret it may only be another name like; 2,5-Dimethyl-4-methoxy-2H-furan-3-one, which is one of the ingredients responsible for the flavor of strawberry.