A basic easy learning and revision guide to Thermodynamics. I’ve tried to make this article easy to follow by using my own learning techniques i.e. very simple and without repetition.

● Thermodynamics in its simplest definition is; the study of HEAT (thermo) and MOVEMENT (dynamics).

● Thermodynamics is a branch of physics associated with the flow of HEAT and ENERGY into or out of a SYSTEM as it undergoes physical or chemical change.

● Any “SYSTEM” can be classed as a SOLID, a LIQUID or a GAS.

● These physical quantities are; ENERGY, ENTROPY and TEMPERATURE.

● The Laws of Thermodynamics govern the DIRECTION of a spontaneous process.

● If enough separate interactions are involved then the DIRECTION will ALWAYS be towards increased ENTROPY.

● If you increase the HEAT in any system what you are actually doing is increasing the ENERGY in the system. i.e. HEAT = ENERGY.

The Four Laws of Thermodynamics

● It is called the ZEROTH law because it was developed after the first and second laws had already been established and named.

● It was considered more important so it was given a lower number.

● The First Law is also known as the LAW OF CONSERVATION OF ENERGY.

● This specifies that energy CANNOT be created or destroyed in an isolated system.

● It states that energy can only be transferred or changed from one form to another.

● There are two types of processes: HEAT and MOVEMENT (WORK) that can lead to an alteration in the internal energy of a system.

● The Second Law represents the amount of energy in a system’s thermal energy per unit of temperature that is no longer available to convert into useful work.

● Usually defined as the degree of DISORDER or RANDOMNESS in the system.

● The more disordered a substance is then the GREATER the Entropy.

● This specifies that the Entropy of any isolated system ALWAYS increases with time OR remains constant.

● The Entropy of a system increases when there are more available MICROSTATES.

● The Entropy of a substance at 1 atmospheric (atm) pressure determines if a reaction will take place spontaneously.

● It is also a measure of the here and now RANDOM activity in a system. How long it took and how many changes were involved to get to the present is not important.

● The Third Law states that the ENTROPY of a system will approach a constant value as the temperature nears ABSOLUTE ZERO.

● The Entropy of a perfect crystal at ABSOLUTE ZERO is exactly EQUAL to ZERO.

● A SPONTANEOUS process is capable of moving in a given direction WITHOUT needing to be influenced by an outside source of energy.

● Spontaneous processes are also called NATURAL processes and depending on the process can happen very quickly or take millions of years.

● A NON-SPONTANEOUS (Endergonic) reaction is a chemical reaction in which the normal change in free energy is positive and energy is absorbed.

● A thermodynamic system is one that INTERACTS and EXCHANGES energy with the area around it.

● ADIABATIC: describes a system that changes with no transfer of heat in or out.

● ISOBARIC: describes a system that changes but the pressure stays constant.

● ISOTHERMAL: describes a system that changes in every way but the temperature stays constant.

● ISOVOLUMIC: describes a system that changes but the volume stays constant.

● The definition of ABSOLUTE ZERO is: The COLDEST temperature that is theoretically possible.

● The definition of ENDERGONIC is: A reaction that absorbs energy FROM its surroundings.

● The definition of EXERGONIC is: A reaction that releases energy INTO its surroundings.

● The definition of a MICROSTATE is: The description of a system that depends on the states of each element of that system.

● Energy can be shared between MICROSTATES of a system.

● All parts of the Universe that are NOT within the THERMODYNAMIC SYSTEM of interest are known as SURROUNDINGS.

● The term REVERSIBILITY is used to describe systems that are in equilibrium (i.e. balance) with themselves and the environment around them. A change in one direction will be balanced by an equal change in the opposite direction.

● ENTHALPY is a measure of the heat content of a CHEMICAL or PHYSICAL system. Therefore a change in heat will be an ENTHALPY CHANGE.

Trying to put even the basics of Thermodynamics and its Laws into easy to understand (by me) bite-sizes tested my rudimentary writing skills to the limit.

If you are studying and learning all about the Thermodynamics then good on you and I wish you well.

If there are any mistakes please let me know. 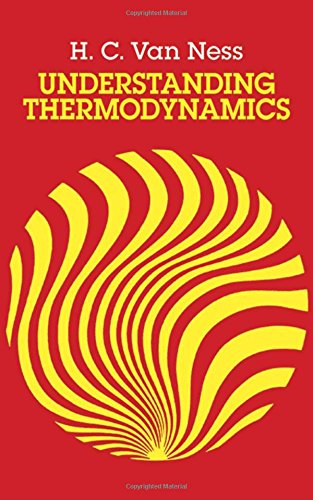