From India. An unlearner, freelancer and amateur cook. I often used 'Awesomeness'!

“Alibaba and Chalis Chor” was the most intriguing childhood fable of our childhood, wasn’t it? Treasure hunt sounds like a great adventure. What if I tell you, the real treasure exists (really!) waiting for you to discover it! With the looks of India, it may not seem that it would be holding many treasures but it does. We are not talking about just the spiritual, cultural and intellectual riches; but pure material riches that are beyond the reach of even Mukesh Ambani, richest person in India.

The Britishers and other foreign invaders looted India, but they couldn’t take away the massive treasures of smart kings hidden in secret vaults! Guess what? We know five such secret treasure places. Here’s the list of ancient Indian architecture structures that are home to some unimaginable hidden treasures. (We have saved the best for the last.)

The last Nizam of Hyderabad, Mir Osman Ali, ruled a kingdom the size of England. Forbes magazine listed him as the ‘fifth all-time wealthiest’ in 2008 with a net worth of $210.8 billion. In 1937, TIME magazine called him ‘The richest man in the world’. He spent most of his years in King Kothi Palace, where the underground chambers are said to be full of his treasure.

Located in the foothills of Kollur, the Western Ghats in Karnataka, the temple's annual income is whopping 17 crores! The priests believe that the symbol of serpent inside the temple indicates hidden fortune beneath the temple. Excluding the treasure, the value of the jewels in the temples itself is worth more than Rs. 100 crores!

Local folklore says that during his exile, Mughal Emperor Jehangir took refuge in the Bala Quila, Alwar, Rajasthan, and hid his treasure in the Jungle of the fort while on run. The treasure was not recovered in full, a large part of it is still buried there. One of the priciest things in this treasure is said to be a drinking cup cut out of a single emerald! 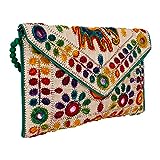 Former ruler of Jaipur, Man Singh I was one of the Navaratan of Akbar's royal courts and also his army commander. The legend says that he never shared his loot with Akbar after returning from Afghan conquest in the 1580s and hid the treasure in Jaigarh fort courtyard. A search was ordered by PM Indira Gandhi, and the reports stated it was futile. The opposition in the Parliament alleged that Delhi-Jaipur road was closed to the general public after six months of search, and the treasure was transported to PM’s residence, but there’s no proof whatsoever. So either the treasure still lies hidden or it was salvaged by Government.

Known as the richest temple on earth, it has infused fear and mystery among the people like no other. This temple enjoyed an international fame after opening underground vault A (one of the six vaults) in June of 2011. The treasure is estimated to be worth $22 Billion, i.e., alarming 14,16,69,00,00,000 rupees! There’s another mysterious vault B in the temple protected by giant serpents. No one knows what’s behind the door. The priests at the temple say vaults A and B were cursed and hence, shouldn't be opened. The legend goes that anyone who opens it will invite massive disaster.

Who says India has lost its name “Sone ki Chidiya” (the Golden Sparrow)? When you reach India you would not see any sign of this richness, in fact exact opposite! That's why India is called the unity in diversity. If these riches ever come to the surface, no wonder India can be a super power. It has already given the world a gift of spirituality and material wealth is no big deal for it.