The Japanese or even the Chinese writing system is not as difficult as people imagine, it's just that there are a lot of characters to learn if you want to be able to read daily text. If you can read around 750-1,000 Japanese characters then you may be fine with many daily situations such as basic signs, directions, instructions etc. although the average Japanese will know around 2,000 to 2,500, however basically it is memory work. I will start of by explaining some of the very simple Japanese characters (Kanji). Which is normally made up of smaller characters (radicals) put together to form a meaning.

Japanese Kanji as you can guess derived from traditional Chinese characters which are used in Taiwan at present. The characters used in main land China are easier simplified versions of the traditional characters, they all have their differences and similarities. A Japanese person may be able to make out certain Chinese characters but will probably not know how to read a whole sentence since the language syntax and grammar is completely different.

If you were to translate Japanese to English, it may be difficult unless you are a fluent speaker of both languages. Japanese characters do not always directly translate into equivalent English words. Translation involves reading a whole sentence or a phase and thinking about how it would be put in English, ignoring most typical grammar comparisons you would see in European languages.

This is an easy Japanese character because the character does atualy resemble like a mountain. Notice how "SAN" is in brackets. This is because the pronunciation is "SAN" as a compound i.e. when grouped with other characters, however on it's own it is pronounced Yama. e.g. Fujiyama is Mount. Fuji. See below for some combinations.

Another easy Japanese Character to remember since it does look like fire, the pronunciation is Hi from Hi(t) and not Hi as in "Height". And if you join the mountain with this you get - 火山 - KAZAN - which means volcano or fire mountain. Since KA is the compound sound, and SAN is the compound sound for mountain, the "S" simply becomes voiced to "Z" for ease of pronunciation.

If you think of it like this, it becomes a very easy concept to understand.

This one is not so easy to visualize but at the same time it is not too complex. Water can be joined with many other kanji as a compound to make various words e.g. The character for down is "下" - Ge, then join it with water it becomes "下水” Gesui - meaning Down water or sewage. Water is also the symbol for Wednesday 水曜日。 Sui - is the compound pronunciation.

Tree (sometimes pronounces as Gi) is often used for place names e.g. Roppongi 六本木 which is a popular entertainment district in Tokyo. When used as a day of the week it is prounced as MOKU and represents Thursday. This character is very easy to remember since it actually looks like a tree. There is also a character with two trees squashed together 林 - Hayashi (RIN) - this means "Woods" so very easy to remember.

Another very easy one to remember because this one is simply two legs representing a person. JIN is used again for a compound (2 or more characters together) e.g. 黒人 - Kokujin - Black man, 白人- Hakujin - White man.

休 - Is actually a man leaning against a tree, meaning to take a rest. It's like two characters squished into one.

This character represents the soil rather than the earth as a whole. The DO sound is for Saturday. In this case the Saturday would be 土曜日 - Doyoubi. The planet Saturn is 土星 - Dosei.

This is an interesting one since its made up from two components (radicals). The one at the top is "Grass" and the bottom part is "Change" so it is saying Grass change = flower.

Hana is often used as a name. Older names could be Hanako, however modern names will simply be Hana - sounding like a western name.

This usually used in the noun form 大きい - Ookii, the last two characters are phonetics character - Hiragana which make up the noun ending. The character can have thousands of combinations using the DAI sound - which translates to - lot's of.

This character is easy to remember if you think about person stand there with their legs and arms open indicating big.

This is easily remembered since it has a line through a box indicating middle. This is used extensively. Sometimes as Naka and sometimes as CHU. For an area name it is difficult even for Japanese to know which pronunciation to use if you are not familiar with the area.

As a compound it is normally pronounced CHU. When seen single in a sentence it will be pronounced as Naka.

You may have seen this one around a lot, it is the same character as Kara from Karate 空手 Meaning empty hand. So not only Sky, but empty can also be represented.

If you combine this with the above 中 then you get 空中 - Sorachu - "Mid Air".

You can also simply say Kara for an empty glass e.g. Kara desu - It's empty

There used to be a Japanese TV program called Soramimi 空耳 Meaning to misinterpret what you heard into something completely different. For example, a certain section of lyrics of a western track may coincidentally sound like something rude or funny in Japanese.

Japanese is not difficult is many people think, for conversation level. The business level is another story though.

The average foreigner should be able to grasp basic conversational Japanese in around 6-9 months if they live and Japan and with frequent study. Koreans are know to be fluent in around 6 months however that is because the Japanese grammar and syntax is very similar to Korean. It's just the pronunciation which is different.

Many Japanese language books are written in Romaji (the western alphabet) so you can learn the basics without having to know any of the characters. In any case, what makes Japanese accessible for foreigners is the fact that they have phonetics characters, 50 x hiragana for grammar and 50 x Katakana for foreign or borrowed words. In general we call them Kana. They can be learned and memorized within a few months and then you will be able to step up to the more advanced books with further conversation techniques.

What also makes Japanese easier then western languages is the fact that one simple verb can represent a whole sentence in English.

Just say Taberu? with rising intonation means "Do you want to eat (it)?"

See how no prepositions are needed e.g. Me or You. For Japanese it's quite obvious who is talking to who so we don't need them unless there is a 3rd person involved.

Tabenai - "No thanks, I'm not eating"

Tabetakunai - "I don't want to eat"

All verb endings are the same for all verbs. Very few patterns to remember.

Unlike some western languages where you have to learn all the patterns are all the different tenses. Japanese doesn't have a past perfect tense "Have", which makes it difficult for Japanese when they are learning English. Even very fluent native sounding Japanese tend to make mistakes on the English present perfect tense.

Kyoto a place of Japanese tradition and beauty 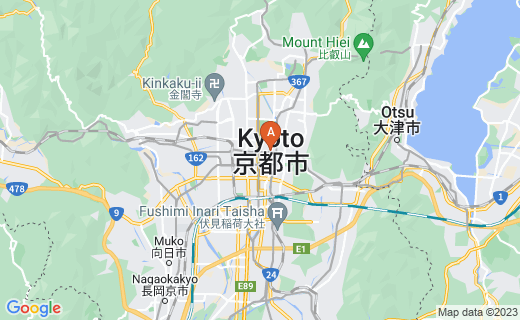