I think King Richard III is probably one of the most controversial figures in English history. What did he really suffer from physically, did he kill the boys in the tower, was he even a good king. Much has come out in recent years about whether the Tudors besmirched his reputation in the name of expediency or to support their own royal legitimacy. Richard's reign has also been re-examined and today we have a picture of a much more wholesome man who died quite young at 30 and was little more than a boy himself.

While I will try to remain unbiased, some of my own beliefs will filter naturally into this article. In as much as possible, I ask the readers forbearance and that they make up their own minds based on the evidence and further reading. I only hope to encourage more active discussion on the subject of a fascinating page of history.

How did Richard III die

We know that Henry VII did not personally kill King Richard III. Richard was at the top of a hill in a great position and could see Henry and his army on the field below surrounded by his bodyguards and Welsh archers. Many have said that given Richard's larger force and better organised troops there is no reason why he should not have won the battle of Bosworth Field.

But Richard was a proud soldier of proven skills so mounted on his white charger and in his frustration he charged down the hill right at Henry with the intent to kill him and demoralise the troops. The plan worked well for a while and Richard got very close. There is also a report that fear was on Henry's face but that could be hearsay. No matter, in the last minutes Richard was cut down by a welsh soldier and fell from his horse where he was killed, his crown apparently flying into a bush.

How did Richard III claim the English crown

When his father died before becoming king, Richard supported his older brother Edward IV and was intensely loyal through the whole reign. There was never any indication he would usurp his brother or his brother's children and this gives credence to the modern theory that Richard did not kill the boys in the tower. When Edward died it only took three months for Richard to remove the boys and place himself on the throne. At the time, England was tired of boy kings and it would not have taken a lot of convincing for the people to support a thirty year old warrior rather than two little boys. The people against Richard at the time, rallied to Henry's cause but it took another two years before they were ready for the final battle of the Wars of the Roses.

Short answer, nobody knows for sure. The recent discovery of his body has disproven the hunchback but proven that he did have an S shape spine. But specialists have said that this would not have been obvious in life and Richard would have looked normal with maybe only a slight difference in the height of his two shoulders. As for facial features most said he had a pleasant face though not handsome like his brother, certainly not the criminal looks conjured up by Shakespeare. The recent moulding that has been paraded around the country confirms this although a little too influenced by the famous painting in the National gallery for my liking. The outstanding fact is that at thirty Richard was still a youth and the bust has captured that.

This is probably the most contentious question that remains unanswered in over six hundred years of history. Certainly the Tudors and Shakespeare painted Richard in the blackest light. The only answer we can give is that he may have or he may not have. What you have to remember is this was a time of great bloodshed on both sides of the War of the Roses. Life was cheap, even noble women feared for their lives, sanctuary in churches was ignored. Feelings ran strong such that each side could commit offense without remorse. It would not have taken much for some man with murder on his mind to decide that the country would be better off with a 30 year old warrior as a king rather than a ten year old boy.

So, do I see Richard running up the tower steps to murder his nephews, no. Do I see a hotheaded friend doing it thinking he was doing his master a service, possibly. Did the princes escape and live a happily ever after, unlikely. So all we really know for sure is that both sides, Richard and Henry would have seen the boys deaths as political expediency and when they entered the tower, their fate was sealed. Out of sight, out of mind and the world went on.

Who was Richard III's wife

Richard's wife was Anne Neville, daughter of Richard Neville and Anne de Beauchamp. Richard Neville was known as Warwick the Kingmaker. The Nevilles were a well connected family with power and wealth coming from the north. Anne first married Edward son of Henry VI but he died in or just after the Battle of Tewkesbury. Anne was then 'rescued' by Richard after being taken hostage by his brother, Clarence. Anne was quite the prize through her inheritance from her father and it is no wonder she was used as a pawn bouncing from the House of Lancaster and then being juggled between the brothers. She died in March 1485 about three months before her husband and about six months after their only son Edward. What a sad little family that had been so happy in the previous summer.

Who were Richard III's enemies

The question is more easily answered if asked who were his friends. In times like those, who could you trust. Without doubt the main protagonists would have been anyone on the Lancastrian side of the war. This would include any remaining family of Margaret of Anjou, wife of Henry VI and also the thin line to the Tudors and the future Henry VII himself. Many of his enemies were dead by the time he became king, including Warwick the Kingmaker. Many of the royal bloodlines were decimated. But Richard also had enemies on the Yorkist side since all the Woodville family would have favoured the boy king Edward V. Indeed it was the Woodvilles and supporters of the dead Edward IV who first rebelled in 1483. At the battle of Bosworth there were actually three armies, Richard, Henry and Richard's old friend the Earl of Stafford. On the day, the Earl held his forces back and engaged only when he had decided Henry would win. So much for good friends.

Memorial to Richard of York

Who were Richard III's parents

Richard was the fourth son of Richard, 3rd Duke of York and Cecily Neville. Richard 3rd Duke of York was the great great grandson of Edward III's second son Lionel on his mother's side. He was also the grandson of Edward III's fourth son Edmund on his father's side. In all he had a very strong claim to the Throne of England. During many moments in Henry VI's reign there may have been opportunities to lay claim. But although he came close, he never actually did it and was only ever declared a protector. Richard died at the battle of Wakefield in 1460. Cecily survived all her sons and her husband but her daughters Elizabeth and Margaret outlived her. Cecily died in 1495.

When did Richard marry Anne Neville

Richard and Anne Neville married in 1472. Anne was previously married to Edward of Lancaster who died at Tewkesbury and she was initially taken into the care of George the Duke of Clarence, Richard's older brother. There are tales that Clarence hid and disguised her so that Richard could not marry her but Richard eventually 'rescued' her. The dispute of course was over the inheritance of the vast property of Anne's dead father and Richard had to give up claim to much of this in order to make peace with his brother. (Clarence was married to Anne's older sister)

How many siblings did Richard III have

Three brothers and three sisters is the short answer. The oldest brother was Edward VI followed by Edmund of Rutland and George of Clarence. There was an oldest sister Anne followed by Elizabeth and Margaret. Richard was the youngest of all.

What did Richard III achieve during his reign

This is a hard question to answer given six hundred years of bad propaganda has completely obscured any good that Richard did. By all accounts he was a just king and wanted to rule by the law of the land. However many things he may have planned just could not be achieved in two short years. He was constantly under threat of rebellion from within and invasion from France. This would limit the time for niceties. At least he managed to form a sort of peace with the Woodvilles whereby they were allowed their freedom in exchange for them accepting his kingship. His main legal achievement was a series of acts to amend the judiciary system.

Examples are: a) Make it illegal for land sellers to try to sell land that they know has already been sold. b) Property transfers to pay for fees were made transparent c) Stop the practice of demanding arbitrary taxes made without foundation d) Several laws to protect the individual from abuse by the system in particular the introduction of the idea of bail and that people's property could not be confiscated until AFTER conviction. Finally some attempt to stop corruption of the jury by bribery etc. All these may be small matters at a time of such upheaval but it showed a king with a forward thinking mind.

Overall what is your impression of King Richard III

A final word. I have followed and studied Richard for at least ten years and have always been keenly aware of the manifest change that took place in 1485 when the plantagenets were replaced by a fantastic Tudor propaganda machine. At the same time I am no supporter of men who kill and butcher small children. But if you read the history books leading up to and following these dates, you get a sense of just how cheap life was. The butchery and murder in daily life would have shocked us in today's enlightened society. We are left with a just man who was loyal and did a good job yet probably had no qualms committing murder if he felt the common good was served. Rightly or wrongly Richard had the makings of a good king but was swept up in the nature of the times in which he lived. 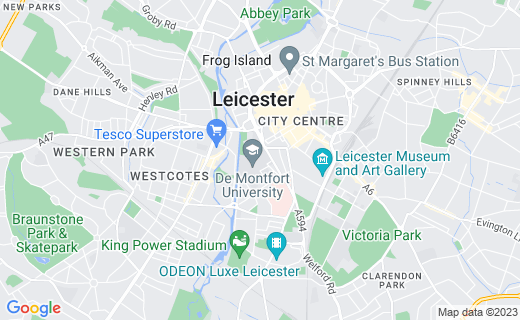