Troopship Mendi: death at sea on a cold, foggy morning

The last voyage of the SS Mendi

A cold, foggy morning, around 05:00 on 21 February 1917, in the English Channel, near zero visibility, with the strong possibility of enemy submarines in the area, and two British ships on dissecting courses, was the recipe for a shipping disaster which caused barely a blip amid the chaos and carnage of the First World War, but has had consequences which have reverberated down the years in South Africa.

The two ships involved were the SS Mendi, 4230 gross tons, out of Cape Town and Plymouth, and the SS Darro, of more 11000 gross tons, out of Le Havre and bound for an English Channel port. The Darro carried a complement of 143 hands, and was travelling at around 14 knots. The Mendi, on the other hand, was carrying 823 members of the South African Native Labour Contingent (SANLC) and a crew of 89 under the command of Captain Henry Arthur Yardley. There was, in addition, a small number military passengers aboard the Mendi.

The Mendi, steaming rather slowly through the murky seas, was displaying the normal lights, and was, in addition, blowing her whistle at regular intervals, as required by the rules of the Board of Trade for ships at sea in foggy weather. The Darro, in contrast, was at full speed, displaying the normal lights but not making any audible warning signal. She was under the command of Captain Henry Winchester Stump, who had ordered a zig-zag course in order to make the ship is less easy target for the u-boats presumed to be in the area.

In the poor visibility the lookouts on the Mendi only spotted the Darro when the latter was some 200 feet away, bearing straight down on the starboard side of the Mendi. Collision was inevitable. An attempt to avoid it was made by the men on the bridge of the Mendi. Fourth Officer Hubert Frank Trapnell heard the sound of the Darro ploughing through the water and shouted to Second Officer H. Raine: “Raine, I think there is a vessel near us.” Trapnell immediately sounded the Mendi's whistle and Raine rang “full astern” the engine room telegraph and ordered the helmsman to trun the ship's wheel “hard a-starboard.” It was too little and too late.

The bows of the much bigger Darro tore through the hull of the Mendi to a depth of about 20 feet, and from deck to keel, close to the watertight bulkhead separating numbers 1 and 2 holds, in which many of the SANLC recruits were sleeping.. Water rushed in. The exists from the holds had been damaged by the collision and so an estimated 140 men were trapped in the dark and rapidly-filling spaces, where they died, either from the effects of the original collision, or from drowning and hypothermia. The water was freezing, this being late winter.

To understand the terror that must have gripped these men in their final moments, remember that most of them had never been on a ship before boarding this one, most of them had never even seen the sea. All of the aspects of travelling by sea would have been totally foreign to them, they were thousands of miles from kin and home, from anything they would have been familiar with.

In spite of this the men seemed, by all accounts, to have behaved with remarkable fortitude and sanguinity. There was no evidence of panic.

According to oral history handed down about the event one person's act of leadership helped to keep the men calm and prevented what could have become a fatal stampede. This was a cleric among the men, one Reverence Isaac Wauchope Dyobha, a Xhosa, who, at the last, held up his hands in supplication and loudly addressed the doomed men on the ship in these words:

“Be quiet and calm, my countrymen, for what is taking place now is exactly what you came to do. You are going to die, but that is what you came to do. Brothers, we are drilling the drill of death. I, a Xhosa, say you are all my brothers, Zulus, Swazis, Pondos, Basutos, we die like brothers. We are the sons of Africa. Raise your cries, brothers, for though they made us leave our weapons at our home, our voices are left with our bodies.”

The reference to weapons was to the fact that the South Afican Government had agreed to send black men to assist the Allied forces as labourers, but insisted they could not be given weapons or any training in fighting. This was to allay fears, expressed in many quarters of South Africa, that if they had been so armed and trained, they would have returned to South Africa and used the arms and training against the white government.

After this stirring speech the men left on the Mendi, according to the legend which has grown up around these events, took off their boots, and did a “death dance” on the tilting deck of the sinking ship.

There were many more individual acts of bravery and selflessness in those terrifying early morning hours in the freezing water. Unfortunately the behaviour of the captain of the Darro left a peculiarly bitter taste in the mouths of many. After the collision Captain Stump appears to have done little to look for and rescue possible survivors. The reason for his inaction is most kindly regarded as a loss of nerve, and most unkindly ascribed to racism on his part. Which interpretation is correct is difficult to determine with any certainty, but the fact was he did little to assist the stricken vessel or the people who had been travelling aboard her. As a result, after the enquiry into the incident held later in 1917, his certificate was suspended for a period of a year.

The legacy in South Africa

The men of the SANLC sailing in the Mendi had been recruited some months before by the South African government under Prime Minister General Louis Botha who felt that South Africa owed allegiance to the British Empire and therefore had a duty to support Britain in the war against Germany. This was against fairly stiff opposition from many whites in the newly-formed Union of South Africa.

On receiving the news of the sinking of the Mendi the Prime Minister addressed the South African House of Assembly in Cape Town on 9 March 1917, with these words:

“Ever since the war broke out the natives (whites at that time commonly used this term for the Blacks in South Africa) have done everything possible to help where such was possible in the struggle without ever doing anything which was in conflict with their loyalty to the Flag and the King. It has never happened in the history of South Africa … that in one moment, by one fell swoop, such a lot of people have perished, and, … I think that where people have died in the way they have done, it is our duty to remember that where people have come forward of their own accord, of their own free will, … and what they have done will redound to their everlasting credit.”

At the announcement of the loss of the Mendi all the members of the House stood as a mark of respect – quite unusual since the members were all white and those who died almost all Black, in the circumstances of the day.

Unfortunately the dead of the Mendi became something of an embarrassment to the South Africa which developed in later years – and the sacrifice made by the men of the Mendi was shoved aside, out of the consciousness of most of white South Africa.

After the coming of democracy - new recognition

After the coming of democracy to South Africa the story of the Mendi has come to the fore quite strongly and one of the new National Orders which can be bestowed by the President is called The Mendi Decoration for Bravery and is “awarded to South African citizens who have performed an extraordinary act of bravery that placed their lives in great danger, or who lost their own lives including in trying to save the life of another person, or by saving property, in or outside the Republic of South Africa.”

The wreck of the Mendi has been located some 11.3 nautical miles from the Saint Catherine's Light on the Isle of Wight, and is regarded as a war grave. In 2008 ships of the South African and Royal Navies met at the site and a wreath was laid in memory of the men who died. The casualties of the disaster were 616 South Africans (607 of them black troops) and 30 British crew members.

The SANLC numbered just under 21000 by the end of the war and contributed to many operations in support roles. One of the sad anomalies was that, although their contribution was recognised in many quarters, the South African government refused to allow them to receive the campaign medal awarded to all other servicemen in the war.

The families of the victims of the Mendi also did not receive any compensation beyond the pay due to their loved ones who lost their lives.

Two ships of the South African Navy are named in memory of the Mendi. One is a strike craft named after the Rev. Dyobha and the other the SAS Mendi, a frigate. The SAS Isaac Dyobha might be the only warship named after a clergyman.

The symbolism of the Mendi Decoration for Bravery

The shield
1. The SS Mendi - represents the courage of many black South African soldiers and their fellow white officers who drowned aboard the SS Mendi. The ship sank after being struck and almost cut in half by the SS Darro in the cold waters of the English Channel near the Isle of Wight on 21 February 1917. They were on their way to France to assist the British during the First World War.
2. The blue crane - the flight of the blue crane in the ocean skies above the SS Mendi symbolises the souls of the drowned brave soldiers. The blue crane's feathers were traditionally conferred to adorn brave warriors during colonial wars.
3. The green emerald - the core from which the three pointers emerge represents the way ahead in rendering assistance to those in need during natural disasters and other extreme difficulties that take place from time to time around the globe.
The holding shape
4. Lion - as a symbol of beauty, power and bravery, it is represented by its spoors around the edges of the holding shape. This indicates border patrols, within and beyond our country, by dedicated and brave South Africans. The three geographical pointers are represented by the integration of the flowers of the bitter aloe, an indigenous South African plant symbolic of resilience, survival and medicinal value.
5. Knobkierie and spear - complement the shield as symbols of defence and hono 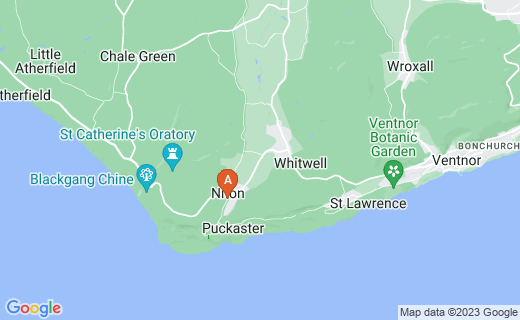