Types of Weathering and Causes of Soil Erosion

There are abrupt changes that are happening in our earth due to some human activities leading to environmental destruction. Likewise, there are some instances that many interactions of some elements and substances create substances to surroundings that is due to some phenomenal happenings. The earth is composed of elements and forces that give shape on it. In this lesson, you will know what and how weathering, erosion, and soil are linked together.

It is an interaction in the atmosphere or a process in which rocks are broken by the action of the atmosphere. This is relatively determinants of climate. There are two kinds of weathering, these are:

It is the physical break-up of rock or mineral grains by surface processes. Break the rock into smaller pieces, but its pieces retains the characteristics of the origin. Its products are merely a smaller fragment of the original rock.

Moreover, some animals and plants play minor roles in mechanical weathering. For instance, those burrowing animals like rodents they mechanically mix the soil and loose rock particles. Also the pressure from the growing roots, contributes in widening cracks and rock breakdown. Lichens can also extract nutrients from the minerals found in rocks.

This is the breakdown of minerals by chemical reaction with water, with other chemicals dissolved in water or with gasses in the air. Its most important agent is the water because it activates the weathering with the small amount of dissolved material. Its products are different substances from the original rock.

What is the major cause of soil erosion in your place?

It is a big force that breaks of transport rock particles from one place to another. 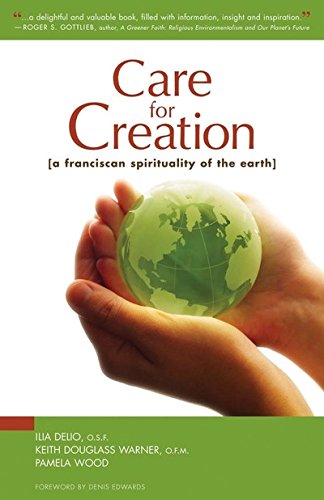 Care for Creation: A Franciscan Spirituality of the Earth
Buy Now

Commonly knows that the main cause of soil erosion is the water due to heavy rain brought by typhoons and monsoon wind. By with that, floods suddenly made up an amount of sediments in a land are scraped by run-off and carried into rivers and seas.

Much worst the man himself creates soil erosion because of such practices like shifting cultivation, timber harvesting or logging, mining, construction projects and overgrazing and burning of grassland. As the results, forests now are unclear tress are burned and even agricultural crops are planted which is a good proof of the presence of shifting agriculture.

Thus, it loses the fertility of the soil because of not replanting the usable land with forest trees. Also, continuous cutting of trees removes the vegetation that protects the soil. Another, mining operations also contributed a lot to soil erosion because millions of tons of rocks are being cleansed. Lastly, the uncontrolled grazing of too many animals removes the grass cover, especially grassland fires most often makes the soil bare.

How to Control Soil Erosion

This involved the fire prevention, proper land use, correct range and forest management, proper road construction and education of the people.

This involves the vegetative method in which it covers cropping, strip-cutting, contour tillage and terracing.

It is a combination of mineral and organic matter (45%), water (25%), and air(25%). It contains bicarbonates, chlorides, nitrates, phosphates, and sulfate.

As time passes, the soil is divided into zones or layers known as horizons. There are four basic horizons from top to bottom designated as O, A, B and C.

O- horizon- consist largely the organic material. This is where we can find plant litter like loose leaves and other organic debris.

A-horizon- this is the darkest layer. It consist most of the organic matter or humus. This where we can find all living in microcosm clay and insoluble materials are mostly present here.

C-horizon- this is the lowest layer of the soil. It consist a slightly altered bedrock with broken or decayed materials with clay. This is where we can find the solid bedrock.

Do you find this hub substantial and helpful?