Australia is a highly urbanised country where over 85% of the population live in cities and large towns. These urban centres are subject to urban growth and decline, which are largely due to a number of socioeconomic factors. One of these centres, the Pyrmont-Ultimo area in Sydney, had experienced such changes over the last century.

Location of Pyrmont in Sydney, Australia 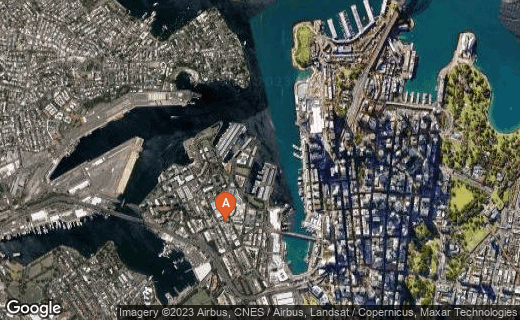 Situated on a peninsula to the west of Sydney’s CBD and Darling Harbour, the inner suburb is a manmade environment used for service and residential use. In the 19th and early 20th century, Pyrmont was an important port and industrial area, and sometimes called ‘Sydney’s backyard’. This area had a population of around 30,000 people at the time, and was one of the most grown suburbs in Sydney. Such urban growth had brought increased employment opportunities and more community services in the area, however had caused problems to rise such as inadequate infrastructure, traffic congestion, accumulation of waste and high price of properties as well.

The growth and flourish of Pyrmont stopped during the 1950’s, as Sydney began to decentralise. The decentralising policies in the 1970’s, which aimed to relieve pressure on the larger inner suburbs, had further contributed to the deterioration of Pyrmont, and led to dramatic decline in the population as the livability of the suburb decreased. This had resulted from the relocation of closedown of large factories and goods yards, which had moved to outer suburbs for greater expansion space.

What is your take on Urban Consolidation?

Such trend is also seen in the population as urban sprawl and suburbanisation began, where many moved out for a more spacious home, as traditionally postulated. This however can result in waste of land, overuse of scarce water resources, insufficiency of infrastructure, and therefore a greater cost to expand and upgrade infrastructure in the outer suburbs. Urban consolidation is therefore brought about to combat such problems, as it makes greater use of areas with existing infrastructure and increasing population density by such means as building medium- and high-density housing, therefore lessens the need of building new infrastructure in the expanding suburbs. Some in the society had objected to urban consolidation however, in fear of issues such as traffic congestion and overcrowding, mostly those who do not want the policy to take place in their suburbs and are sometimes referred to as having the NIMBY (Not In My Back Yard) syndrome. Nonetheless, because of the benefits urban consolidation promises, the policy, also by the means of urban renewal, has taken place in many suburbs, just like in Pyrmont in Sydney.

In 1991, the federal government launched a ‘Better Cities Program’, which aimed to improve economic efficiency, social equity, and environmental sustainability of Australian cities, and included an urban renewal program of Pyrmont. The City West Development Corporation, and later the Sydney Harbour Foreshore Authority, was established to coordinate this program. The redevelopment aimed to combat Sydney’s urban sprawl and achieve a mixed use, high density, medium-rise residential area by means such as increasing housing densities and providing affordable housing, upgrading public transport system, and providing quality community sites (for example parks and urban squares).

Affordable housing was provided to intervene the high price of dwellings in the area which results from the attraction of living close to the CBD, so that the property prices would not be beyond the reach of low- and middle-income earners, which would result in the loss of social equity. However, provision of affordable housing face a number of difficulties, which result from dramatic increase in property prices as a result of the urban renewal and gentrification policies in the area. Some object to affordable housing based on concerns of issues such as theft, vandalism, loss of value, or class distinction and snobbery. Some also claim that many properties are rented by young or overseas-born people who tend to stay for the short term, and therefore have no real commitment to the area.

Provision of parkland and open space is an integral part of the redevelopment program, but often a source of conflict between developers, residents, and planning authorities as well. An example of such conflict evolves around the use of former Water Police site at Elizabeth Macarthur Bay at Pyrmont, where the organisation Friends of Pyrmont protested against the decision of the SHFA to hand over the site to developers. They argued that the site is a piece of public land and therefore should not be handed over to developers for short-term gain, especially when the site is of cultural and heritage significance; the development was also feared to bring traffic congestion as a result of new residents, as well as high buildings which would cast large shadows over Harris Street. The development is also believed to reduce the amount of open space per resident in Pyrmont, which is already about half of City of Sydney Council’s own planning figure. On the other hand, arguments supportive of the development included that the site had been planned for development since the first Cox/Lend Lease plan of 1991, and there is a need to limit urban sprawl by urban consolidation programs like this. Some are also concerned that a large sum of money would be needed if the land is to be purchased for a park, which would ultimately be paid for out of taxes. This conflict ended through the process of community consultation and at last, in June 2004, the newly elected City of Sydney Council agreed to use the site for the creation of a park. Such agreement demonstrated the importance of corporation between state and local governments, as well as residents, in working towards public benefit.

Metropolitan Plan for Sydney in 2036

Thoughts on Urban Growth and Decline?