You may also find these articles interesting:

There are always subway ghosts

Subways are just passing places, people is moving to a final destination to actually live their lives. Sometimes they don't make it and it feels somehow wrong. No matter if they died in an accident, a crime or just natural death, our feelings tell us the subway is not where people should leave their lives (even if the odds of dying in the subway are as good as any).

Also, there is something about subways that make lot of people uneasy even if they don't know why: the city has opened a hole in the ground, disrupting the past and unraveling unknown secrets and now the living are traveling across the place where the spirits of the dead dwell

Does it sound crazy?: look at any mythology, it is archetypical: We fear the dark by instinct, how not to have ghosts roaming in the tunnels!

Here are five ghost urban legends from Mexico City's subway. I hope you enjoy them! 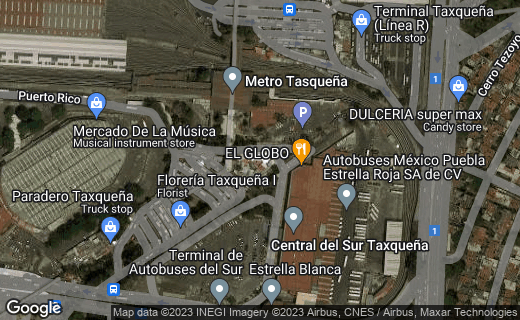 1. A Helpful Spectre in Tasqueña station

Tasqueña is a very busy subway terminal. Also the light rail, city buses and "peseros" (small van-like passenger cars) begin and end their routes there. It is a place where lots and lots of commuters make connections that take them to their final destinations.

Tasqueña is also the nearest station to the city's bus terminal (if you are coming or leaving from or to the south, chances are you will use this terminal). The subway station is not connected to the bus terminal as it is common in the USA and Europe, you have to go out and walk a good distance.

In between all these terminals, there are long rows of small informal booth shops and food vendors catering to the commuters. To make this place even more complex, the subway also have a large hangar there to perform train repairs.

You can easily get lost.

When this story began to be heard in the 80s and 90s this area was very dangerous at night. It was dark, lone and full of criminals. If you were alone and robbers spot you (and always did) you would be beaten, robbed and/or worse. You better reach the subway station fast and never be alone.

People say that when it is very late and you are alone, an old man suggest walking together to the subway and you agree right away (who wouldn't). However, when you reach the subway stairs, the man, who always moved in the shadows, says he's going to some place ahead and continue walking.

You see, this doesn't make sense. Nobody in his right mind would go there at night; it is a parking lot.

People say that this man is really the ghost of someone who was going to the subway but got lost and was murdered in that parking lot and now he helps people reach the subway safely.

This seems to be the best known subway ghost story. However I tried to find more information about this ghost and there isn't much; just a fake LinkIn profile and the same reteling of this story. I thought that if there were many stories from living subway inspectors, some news media would had covered the story by now.

I believe this is just the Mexican version of an urban legend we love worldwide. The worker that keeps performing his duty even dead.

When subway inspectors check the tunnels after closing hours they find a man who shouldn't be there. When they question this man he answers in a way that suggests he is also a subway worker and gives his name and company id.

However, Victor Castilla Platonoff has been death since 1989 as the real inspectors find out when they report the incident to their boss. The boss even shows an old picture and the inspectors immediately identify the man.

It is said that he was a very experienced worker who always followed rules, but just not the day he was hit by a train in the Pino Suarez - Zócalo Stations Segment. Protocols say they should walk in opposite direction to the trains, but he was walking in the same direction and didn't see the train coming.

It seems he hasn't realized he's dead. He shows to work after 3.00 am every day.

3. Suicide Victims among the Living

There are plenty of suicides in the underground. This is not just in Mexico, it is a common problem to all subway systems. It is said that suicide victims remain in this place, they suddenly appear for a moment and a minute later they are gone.

These ghosts are difficult to spot because there is always too much people moving around and they do not bother the living commuters; but sometimes they speak with living people, who look away one moment and find them gone when they look back.

It is also said that after closing time, these ghosts appear in the tracks, platforms or trains where they lost their life.

There are also the stories of the inspectors that are going to remove the corpes, moving through a crowd of onlookers. Someone in the platform catches their attention, she says something kind that makes them look at her face before going down. In the tracks the inspectors discover that the suicide victim is the person they just saw a few moments before.

4. Knocking on the Walls and Shadows in the Panteones - Tacuba Tunnels

"Panteones" is the Spanish word for "Graveyards". The Panteones Station was named this way because it is close to two old graveyards, the Spanish and the British graveyards.

It is said that in the tunnel connecting Station Panteones to Station Tacuba, you can hear knocks on the tunnel walls and shadow "lumps" a few feet ahead that dissapear as you get close.

It is also said that after closing time you can hear screams in several tunnels. It is a constant among subway workers; they all agree there is something very eerie down there. 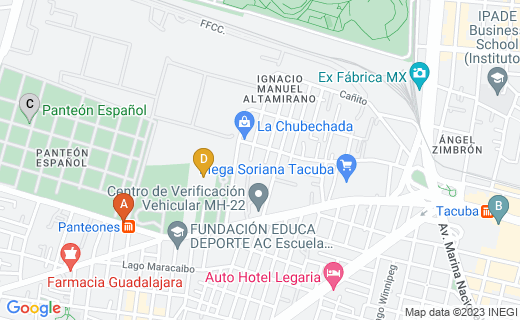 It is believed the accident was really sabotage by the subway administration to force the implementation of auto pilots, although they didn't intend to kill anyone.

This may be an urban legend, but there may be more to it because files are incomplete or conveniently lost. The driver was sentenced to 12 years because he didn't slow down when ordered but his statements of the system's malfunctioning were disregarded. People think he was a scapegoat.

It is said that at 3:00 am an empty train is seen moving from Zocalo to Allende Station. It doesn't stop at any of these stations it just passes by and then dissapear until the next day.

Some say that this may be related to an accident that happened in 1975, where at least 31 people died. The accident happened in Viaducto Station, but it is the same line that takes you there. It was the worst accident in Mexico City's subway history and is very shady.

It is also said that if you are sleeping and don't get down in the terminal on the last train, you will end in a ghost terminal from where you cannot go out or you will keep traveling and see amazing things, such as an underground lake, several strange creatures and in recent times some zombie like vampires.

There are more ghost stories but including all of them would make a very long article. Below there is a table with the other ghosts and the stations where they are seen.

You can also see the location of these ghost stories and other Mexico City urban legends in Google Maps here. If you are planning to do a supernatural tour, you will find it very helpful.