Linda is passionate about learning and speaking a new language like Arabic, English, Tagalog(my own language) and many more.

Here are a few spoken Kuwaiti Arabic words or phrases used in a sentence around the home which I learnt whilst working in the country of Kuwait.

The communication was hard with the kids and their grandparents who did not speak English. But it had given me some wisdom which I still use now and hope to share and help those who need it like I did before.

You will find that there are differences in spelling an Arabic word or words when you refer to a male or a female. I put (m) for male and (f) for female on certain words that it describes.

Here are a few spoken Kuwaiti Arabic sentences, phrases or words with their English translations:

Around the home: Arabic — English

Sallam allaykom. – Peace be upon you all.

Wah-allaykom sallam – And peace be upon you all.

Shelon kom? – How are you all?

Ismi Linda – My name is Linda.

Ana Linda – I am Linda

La, shuwaya bes – No, a little only

Shuwaya bes – A little only

La, mako shay – no, nothing

Ma'abi shay – I don't want anything.

Yabi kallam – want a word or want to talk

Shino sawi – What to do

Shit tal-eh? – What are you looking at?

Fee/ako shay? – Is there anything?

Fee/ako shay mu habbik(m)/habbich(?)– Is there something/anything you don't like?

Enta(m) maisma'at kallam – You don't listen to what is said.

Enti amee? – Are you blind?

Enti asmakh? – Are you deaf?

Enti rohay bet kom. – You go to your house.

Enta mako mokan henna. – You got no place here.

Enti shino sawi? – What are you doing?(female)

Enta shino sawi? – What are you doing?(male)

Ento shino sawi? – What are you all doing?

Masawi eshtakel – did not do work

La shokran, ahna kallas. – No thanks, we finished.

Wayn betrohin? – Where are you going?

Ana bi roh jameya – I am going to the shop.

Ana bi roh eshtakel – I want to go to work.

Ana bi roh madresa – I want to go to school

Ana kasli haddha – I will wash this.

Wayn ekhtich?(f) – Where is your sister?

Wayn okokh?(m) – Where is your brother?

Ana atchan, anabi may. – I am thirsty, I want water.

Ana kasli sayara bukra/batcher. – I will wash the car tomorrow.

Andikom sayara? – Do you have a car?

Ana mako floose. – I have no money.

Ehya fakira, ehya mako floose. – She is poor, she got no money.

Ana mu faahim shino gaid tigool. – I don't understand what you are saying.

Mumkin enti gol marathanya. – Maybe you could say it twice.

Ana matisma. – I did not hear.

Mayasir enti gool chidee. – You should not say like that or you must not say it like that.

Mumkin enti saadni, ana mareedh. – Maybe you can help me, I am sick.

Here are some examples of Kuwaiti Arabic sentences that are used in conversations in the shops with English translations:

Ma esmoho bel Arabiya? – What is that called in Arabic?

Bel medina – in the city

Cham haddha? – How much is this?

Abi kafar hag tilfonee. – I want cover for my phone.

Ana bi estery kullo haddha. – I want to buy all of this.

Enti tabi estery haddha? – Do you want to buy this?(female)

Enti tabi estery bortakhal? – Do you want to buy orange?(female)

La, ana abi estery tofah/tofaha. – No, I want to buy an apple.

Haddha helwa, min wen sharita? – This is beautiful, where did you buy it?

Enti mako floose? – Have you got no money?

Min wayn sharitah? – Where did you buy it from?

Kullo rahat jameya/souk – They all went to the shop/store.

Enta(m) mako mokan henna. – You got no place here.

Haddha arkhees, ana bi estery killa.– This is cheap, I am going to buy both.

Here are some in Spoken Kuwaiti Arabic at the airport which might be helpful to know in case you go on holiday to Kuwait or the Middle East. It is useful to know a little bit of Arabic language to get you through at the airport in Arab countries.

These are some sentences in spoken Kuwaiti Arabic asking for directions or asking about places that I have learnt with English translations.

Wayn al bet kom? – Where is your house?

Wayn al mokan haddha? – Which place is this?

Haddha Kanesa. – This is a church.

Ana bi roh yam al Kanesa. – I want to go near the church.

Wayn al Madressa? – Where is the school?

Wayn al hammam? – Where is the toilet?

Wayn al Medina? – Where is the city?

Ahna min wara. – We are behind.

Wayn al hadikha? – Where is the park?

Wayn al hammam bel mata'ar? – Where is the toilet in the airport?

Wayn al madresa? – Where is the school?

Ento tabon roh ma'ay? – Would you all want to go with me?

Enti tabi roh ma'ay? – Would you like to go with me?

Wayn al hammam bel jameya? – Where is the toilet in the shop?

Wayn al funduq? – Where is the hotel?

Wayn al sayarat kom? – Where is your car?

Wayn al mustashfa? – Where is the hospital?

How I learnt the Spoken Kuwaiti Arabic language

I have written this sentences as how the words are pronounced so it is not perfect but if you just want to learn how to speak Arabic, it is quite helpful. It has helped me in the past, learning this spoken Arabic Language. I hope that it will help those who want to learn Kuwaiti Arabic language.

All I ask is, for you to leave your comments down below in the comment box if you have any suggestions or any questions please.

Would you like to learn the Kuwaiti Arabic language? 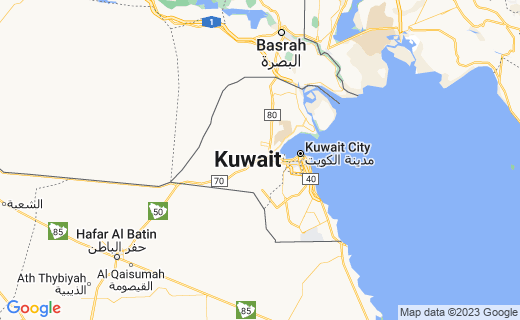