Vanilla: The Last of The Aztec Treasures

Vanilla….who doesn’t like vanilla ice cream? Although widely popular today and by far one of the most expensive plant products, the popularity and use of vanilla worldwide is relatively recent. The introduction of vanilla to the world is attributed to the Spanish conquistador Hernán Cortés when he brought vanilla and chocolate to Europe in 1520s. In fact, the history of these two products is associated as they were initially used, quite often together, by the Pre-Columbian Mesoamerican people in Central America. It is believed that vanilla was first cultivated and extracted by the Totonacs inhabiting the warm coastal regions of the Gulf of Mexico, near the current cities of Veracruz and Papantla, known as the “city the perfumed the world”. According to Totonac mythology vanilla originated from the blood of a princess that was killed together with her lover running away from her choleric father who obviously strongly opposed to such union. Where did I see this before ….In the fifteen century, Aztecs coming from the central highland invaded the east coast of Mexico and not surprisingly soon developed a taste for vanilla to which they called tlilxochitl, meaning black flower, referring to the fact that the mature fruit, a pod, once ripen and cut out of the plant readily shrivels and turns black. Aztecs used vanilla to sweeten a naturally bitter cocoa-based thick drink, usually meant for the nobles, warriors and special guests on special occasions. That drink was called xocoatl by the Aztecs and is the origin of today’s chocolate. Mainly based in their native Central Mexico highlands, with unsuitable climate for warm tropical cultures, the Aztecs did not grow vanilla or cocoa, rather acquired them from trade with neighboring vassal regions.

Spaniards discovered the vanilla in the early sixteenth century during their conquest of Central America. There is nothing to suggest that vanilla had been known in several initial expeditions to Central America, such as those of Ojeda and Nicuesa in 1509 or Núñez de Balboa to Panama in 1513. The current believe is that the decisive knowledge of vanilla by the Spaniards is effectively connected with the arrival of the Spaniards to Tenochtitlan, the Aztec capital city. There Hernán Cortés was introduced to that strange Aztec drink in a meeting with the Aztec emperor Moctezuma II. Although, not particularly impressed of such distasteful drink which in Cortes’ opinion was more suited to pigs than to humans, Cortés was impressed and intrigued by the strange sweetener that the Aztecs used - vanilla. On looking at the plant and observing how the native people collected and handled the fruit, the Spaniards called it vainilla, meaning little sheat, as the tubular flower flowers resembles a woman’s vagina, from which the word vanilla originates. Once first brought to Spain, its discovery and special flavor was readily noticed throughout Europe. Elizabeth I of England got to know this exotic flavor by her pharmacist Hugh Morgan and found it so irresistible that subsequently she demanded vanilla to be used in many of her meals. The first written references to vanilla as well as the first illustration appear in the Libellus de Medicinalibus Indorum Herbis, an Aztec herbal, written by the Aztecs Martín de la Cruz and Juan Badiano in 1552. Later vanilla was also referenced and illustrated in the Florentine Codex written by the Franciscan friar Bernardino de Sahagún in the late sixteen century. These same references also provide the first descriptions of orchids from the New World. 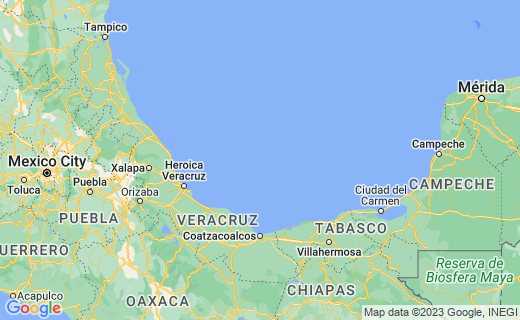 The Revelation of a 300 years Secret

The trade and demand for vanilla begin to gain amplitude from the seventeenth century onwards. In 1605, the French doctor and botanist Charles de l'Ecluse published the first scientific description the vanilla pod to which he named Lobus oblongus aromaticus, meaning aromatic elongated pod. For more than two centuries, XVII and XVIII, Mexico, and in particular the region of Veracruz, retains the monopoly as vanilla was only produced and extracted there. For this reason vanilla was, and still is, often dubbed the black gold. Vanilla raised a genuine passion in Europe, being increasingly appreciated in the court of France. Louis XIV of France tried to introduce it in Reunion, but all attempts failed during his reign as well as all attempts to produce this orchid out of its natural origin. It was Charles Morren, a Belgian botanist working at the Botanical Garden from the University of Liege, who found in 1836 that vanilla flowers were pollinated by the sociable and stingless Melipone bee, which occurs only in Mexico, thus obviating natural pollination in other regions. In one of his visits to Mexico, Morren was drinking coffee on a patio in Papantla and noticed black bees flying around the vanilla flowers next to his table. He observed the bees closely as they landed and worked their way under a flap inside the flower, transferring pollen in the process. Within hours, the flowers closed and several days later, Morren noticed vanilla pods beginning to form. Native Mexican hummingbird species also pollinate vanilla. Morren immediately began experimenting with hand pollination and was the first to develop an artificial method of pollination of vanilla in 1836, more than 300 hundred years after its discovery by Europeans. Later, in 1837, the French botanist Henri François Joseph Neumann also developed an artificial method to pollinate vanilla. However, both these methods were slow and required too much effort to make cultivating vanilla a moneymaking proposition. It was only in 1841 that a twelve year old slave Edmond Albius created the practical and rapid process for pollinating vanilla artificially still used today, as nearly all vanilla is pollinated by hand. This method made the island of Réunion the first global center of vanilla production only after a few decades after the introduction of the orchid in 1819. This marked the begging of the end on the Mexican monopoly and vanilla was definitely out of it native range. Vanilla the last Aztec treasure was finally taken. Edmond who was named Albius, after the vanilla white (alba) flower in 1848 after the abolition of slavery, died in misery in 1880. Unfortunately, and not surprisingly, due to its condition, Edmond Albius did not take any profit from his discovery, unlike the many growers who become rich. The acknowledgement and recognition of Edmond’s method of pollination, whose paternity the noted French botanist Jean Michel Claude Richard tried to take ownership, was only resolved and cleared in the twentieth century!

In 1880 producers of Réunion introduced vanilla in Madagascar successfully. Due to its favorable humid climate, the Malagasy production of vanilla exceeded 1,000 tonnes in 1929, more than ten times the production in Réunion. However, by that time the market lacked regulation and vanilla suffered cyclical crisis of overproduction. It did not take long for vanilla to spread to other tropical where it was successfully introduced. Today, vanilla is grown in many places throughout the world with similar tropical climate of its native Mexican coast. No longer needing the help of its natural Mexican pollinators, vanilla is mainly produced in Madagascar and Indonesia, both accounting for two thirds of the world production, and in far distant places such as China, Turkey, Kenya, Guadeloupe, Tonga or the French Polynesia.

Vanilla: The Most Valuable Orchid

Vanilla is a genus, belonging to family Orchidaceae, consisting of about one hundred and ten species of perennial climbing vines spread over all tropical areas of the planet, except Australia, inhabiting warm, moist tropical forests mainly. Rarely, they can be found in cooler mountainous areas. There are about sixty species native from Central and South America, and the rest is found in Africa, Southeast Asia and some islands of the Pacific and Indian Oceans. The main component of its extracts that is responsible for its sweetness and smell is vanillin and is found in all species of the genus. However, regarding vanilla production, species of the genus Vanilla can be grouped in two major categories: one with thick stems and fleshy leaves, which is a good producer of vanilla; and the other with thinner stems and larger leaves with fruits not as rich in vanillin as the first group. Vanilla planifolia, native from Mexico to Paraguay, is the most popular vanilla species of which several subspecies exist and are cultivated for their rich vanilla content. Basically, Vanilla species present themselves as climbing vines, of monopodial growth habit, i.e. growth is dictated by the stem’s apical region, with aerial roots. Vanilla plant stems are more or less long and fleshy and can grow up to 20 m long by adhering to tree trunks with the aid of adventitious roots produced at each node of the stem. These adventitious roots are usually flat, smooth when free, but become thick and villous when buried or in contact with a surface to which they can attach to. White or pale yellow flowers, although ephemeral, are very fragrant and produced in succession in axillary inflorescences. As with all orchids, vanilla flowers are complex and specialized in what is called pollination syndrome. Pollinators, in this case bees and hummingbirds, depending on the Vanilla species, have to work they way around the flower structure in order to gain access to its nectar and pollinate the flower. Blooming only occurs when the flowers are fully mature. Flowers open up in the morning and close late in the afternoon on the same day to never open again. Vanilla flowers are self-fertile but need pollinators to achieve this. If pollinated the flower will shed and a fleshy fruit develops. Pods can reach up 25 cm long and 3cm thick with crusty, black or brownish seeds inside and take 6 to 7 months to mature. The smell and taste of vanilla comes with the oxidation that occurs in the fruit once is ripened and cut out of the plant. Like many orchids, Vanilla seeds need certain the presence of mycorrhizal fungi in the soil in order to propagate. Hence, stems cuttings are the main method of propagation, especially useful when it comes to best preserve successful varieties or cultivars.

A little bit of history...