Are Extraterrestrial Life Really Visiting Us?

I do not know how many times that I’ve come across articles or newspaper clippings with statements that our planet have been visited by aliens or extraterrestrial beings since mankind been in existence. Even stories of government cover-up, the secret place called Area 51 where information about it was recently declassified, secret files of UFO landings and people proclaiming they were abducted by these beings and later released. Even the Nazca lines on the plains in South American have been determine to be made by the indigenous people their hundreds of years ago. They are not landing strips for UFOs as some people believe them to be. Are they landing a jet or airplane? The idea sounds so man-made. There is a long list of these stories on this subject that I considered to be so absurd. I do not know whether these are true or not but what I am going to do here is to look at all this from a rational and scientific perspective to explain why I believe all this heresy that extraterrestrials visited this planet as anthropomorphous beings just doesn’t make sense to me. I will present some supporting facts to backup my opinion and thoughts about this subject.

It All Started with the Roswell Incident

I believe this whole “aliens from another world” thing started from the incident that occurred in Roswell, New Mexico in 1947. Witnesses claimed they saw pieces of a spacecraft shaped like a disk, hence the start of the familiar word “flying saucer”. This word is still used to describe the majority of any unidentified flying object (UFO) many witnesses claimed they have seen. Most of them appear to be a flattened, disk-shaped flying object. Also a rumor started by some witnesses at the time that aliens or extraterrestrial corpses were recovered from the crash with tinfoil and rubber. This rumor was quickly dismissed by the military at the time. The government’s explanation was that a high-altitude surveillance balloon crashed there and as far the bodies of aliens were concern that was a completely fabricated story. Frankly, I believe the government story here. This incident was quickly forgotten and resurfaced almost 30 years later in 1978 by ufologist (is this a word) Stanton T. Friedman during an interview with Major Jesse Marcel. 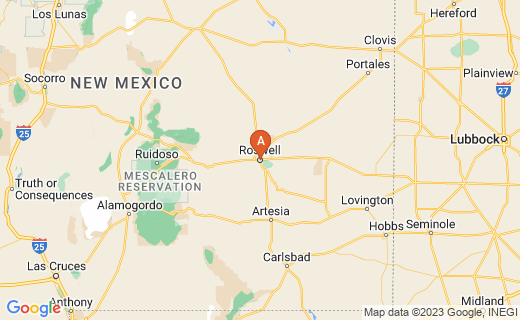 Roswell, Mexico where aliens and UFO first started in 1947.

A Closer Look a the Story

When you examine this story closely from a rational and scientific perspective this story just doesn’t make sense. It raises a few questions. For starters, why were there no reports of other aliens (their rescuers) in the area later? With all their advance technology other ships should have come right away to retrieve the bodies if these aliens have the same emotions as humans for their fellow comrades. Next, why didn’t anyone in the immediate area get sick due to exposure to unknown bacteria or viruses from another world? That is what happened to us hundreds of years ago when someone from other parts of world set foot here. I think there is a chance this could have happened but was never mentioned. Now, here is one that really puzzled me, why were the aliens using tinfoil and rubber in their spacecraft? That sounds so man-made and primitive for something supposedly made using advance alien technology. Finally, why did the story die and resurface almost thirty years later, and do you really believe this military guy story was true? He probably just wanted some publicity. In addition there should have been more of these guys coming forward with this information.

Friedman probably dug this story up after watching all those sci-fi movies of the 50s and 60s with flying saucers and aliens for monetary motives. After all this incident is what got Hollywood started in the “aliens from another world” movie making business. They were simply preying on the fears of the general population at the time and people had developed a habit of looking up a lot for enemy aircraft after World War II ended in 1945. So if they saw anything in the sky moving and they couldn’t identify it the word “UFO” came out of their mouths. Eventually, the two words “UFOs” and “aliens” became synonymous.

Aliens and UFOs, Some Can Be Explained

Today, in the twenty-first century, I find it difficult that there are people who still believe in UFO sightings even after the government officially announced that most these sightings and very blurry photos were determine to be hoaxes. With current technology we should be able to take relatively clear pictures of something flying over our heads by now. This explains why there are not too many photos of UFOs today; you would think the opposite should happen. It should be thousands of authentic UFOs photos now especially on the Internet and in the news media or unless the aliens stopped visiting us. Also the technology to determine the authenticity of photos are much improved now. I took a look at some of the UFO images on the internet and you can clearly see that most of them are artist renderings, doctored photos, computer generated images, and there are some blurry, grainy ones especially from the 50s and 60s era.

Yes there are some we cannot explain but then why aren’t these guy landing? Are they afraid of us or why are they not communicating with us? We been trying to pick up communications signals from space for years without any luck through SETI so far. Again it doesn’t make sense. Especially if they are so advance technologically they should be communicating without any problem with us. Furthermore, if they don't want to we should be picking up some form of signal with patterns, instead random noise.

Looking at these photos it look like in most cases our Air Force could had very easily shot the thing out of sky especially when they are visually spotted and they do not seems to be moving that fast. I believe these sightings are still hoaxes and some of them are simply extraterrestrial objects flying by at the edge of the earth’s atmosphere. Earth is bombarded by thousands of space debris daily and there is the possibility of a few large bodies occasionally just barely touching the earth’s upper atmosphere when they are flying by and giving off reflected light from the sun like the moon does. This also explains why the bright lights some people see, especially at night, are always moving parallel to each other and only last a few seconds.

The Presidents and UFOs: A Secret History from FDR to Obama
Buy Now

The Vastness of Space Is The Main Reason

To me the vastness of universe is the most critical and rational reason why we probably have not been visited by extraterrestrial beings. Sure, the universe is large but keep this thought in mind, most of the cosmological events that happened in our part of the universe are probably happening elsewhere in the universe so they are governed by the same laws of nature as we are. The same elements in our periodic table are in the other stars, asteroids, and planets in the universe. They all started from the same simplest element hydrogen, which is in everything in the universe. Therefore, extraterrestrial life forms on other earth-like worlds capable of sustaining life obviously are experiencing stages of development in their civilization with the assumption that intelligence also had developed in the process. Some of these civilizations may be ahead of ours and others may be behind ours, but the advance civilizations may or may not have the capability to transverse large distances in the universe.

Here is the simple, logical reason why they cannot or will not be able to visit us. The closest earth-like planet to us, if it does support intelligent life, is 10 light years away and other earth-like planets recently discovered are much further away. That mean traveling near the speed of light will take any intelligent life form more than 10 years just to get here. Any slower will take thousands of years or more. There are probably thousands maybe millions of planets with life in just our galaxy, the Milky Way, but most of those life forms are probably microbes like bacteria or viruses that can survive in extreme conditions.They may not necessarily be humanoid in appearance and any other earth-like planet would simply be even further away making space travel thousands of years or more to get here and only if they can travel near the speed of light. Furthermore, don’t even think about other parts of the universe beyond our galaxy, the nearest galaxy Andromeda is 2.5 million light years from here. The distant alone tells us it will take an alien life-form more than 2.5 million years just to get here if they are traveling near the speed of light. Any slower would be billions of years of travel time. In light of that if you think about it why would someone or something want to travel that far and so long to see another life-form. It is just impractical

In conclusion, when you apply rational thinking and facts to the idea of aliens from another world visiting us I cannot understand why people for one reason or another refused to let go of this thought. If aliens ever visit us anytime soon I am pretty sure we all will know about it when and if it happen because the reason is quite simple.

Why? I am hoping that most of the world population would not be wiped out by microbes innocently exposed to us by aliens or the aliens might die from our microbes (Remember the ending in "War of the Worlds"). We will not be able to hide that news from billions of peoples if these scenarios were to happen. A case in point, look at what happened when the European explorers first set foot on the soils of the New World now called North America and South America back in the 1400s. They almost wiped out the whole indigenous population on some of the islands because the people there were inadvertently exposed to an entirely new microbe (smallpox). Let us just hope we are not visited by aliens anytime soon because the same thing might happen to us on a global scale. Mankind could be wiped out entirely if this were to happen. We do not know what the consequences will be if we came in contact with them. The fact is UFOs are just that unidentified flying objects such as space debris or manmade pranks.

In a final note, the U.S. government have just released to the public de-classified files of UFO sightings reported by people from all over the the country. Now you will have a chance to look at these documents and decide for yourself whether or not these sightings are genuine unexplained UFOs or just hoaxes perpetrated by pranksters on a gullible public. In conclusion, even though numerous sightings of UFOs have been documented there is still no conclusive evidence that these UFOs are of extraterrestrial origin or if there is intelligent life out there capable of interstellar travel.