An old relative, known to me as Uncle Wilf (surname English) died and I found some old photos and other papers from World War 2. I decided to publish the photos on this lens showing how parts of London looked after being bombed during World War 2 (WW2).

I'm doing this because, like most people, I am opposed to war and violence. I think we sometimes see the damage to buildings in conflicts like Gaza or Iraq but often it doesn't really strike home what all of this means. It's only when things are on our own doorstep that we fully understand the awfulness of war.

In the USA I'm sure that the dreadful 9/11 emphasised this to the people of New York and all of America. Perhaps the following photos might do the same for us British people, especially Londoners.

Okay, these WW2 pictures are obviously very old but when you see London landmarks, like St. Paul's Cathedral, surrounded by bomb sites it must surely make us feel that such scenes must never happen again. More importantly it's a reminder of all of the innocent lives lost.

The photo shows Uncle Wilf as a young man, he's the one on the right.

The photo shows how there was World War 2 damage all around St.Paul's Cathederal, London but somehow this wonderful building stayed in tact. The view is from Distaff Lane, London.

You can see Distaff Lane in relation to St.Pauls Cathederal today on Google Satellite Map here.

This drawing was amongst Uncle Wilf's old papers. I'm not sure who drew the soldier but it is remembering the 1914-18 World War 1.

'Lest We Forget' is the caption at the bottom but I guess we didn't learn our lessons properly from the First World War.

The phrase Lest We Forget was often used following World War 1 and is from a poem by Rudyard Kipling called Recessional.

I find the following letter to be one of the saddest amongst Uncle Wilf's papers. It is addressed to his sister Ella from the War Organisation in 1943. It informs her that her fianace is 'now presumed to have been killed in action.'

Leslie Moat was the love of Ella's life and she remained single for the rest of her life.

I don't think that it's necessary to say anything else.

Click on the letter for a larger, more readable size.

It Wasn't Just London That Got Damaged In WW2

Though most of the photos on this page are of London during WW2 there was, of course, damage throughout Europe and other countries including Germany.

My wife was born in Germany and one of her close relatives, a farmer, was killed towards the end of the war. He was drafted into the army, along with many others, as a last thrust by Hitler and was sent straight to the front line where he died within days.

My best friend in England also had a close relative who was killed in the same war, again a gentle man from the countryside.

These two were, therefore, enemies. But if there hadn't have been a war they would have got on well and had lots in common to discuss. There is no way they would have ever have hated each other.

During World War 2 all British residents were issued with Identity Cards which could be checked on demand,

The Home Guard or Local Defence Volunteers would set up road blocks, especially when German airmen had been shot down, and would check peoples' Identity Cards.

The Home Guard were laughed at in the television classic series Dad's Army but they did lots of important duties including the guarding of buildings which had been bombed to prevent looting.

Their weapons were in short supply and they often made their own out of old pipes or knives.

The general public were asked to donate any shotguns or other weapons for the Home Guard to use.

If only Mr. Hitler had known!

Uncle Wilf was doing important work with machinery during WW2 and this is a letter from his employer showing his 'deferment from military service.'

The Daily Sketch newspaper from Tuesday May 5, 1945 with the headline THIS IS VE-DAY and saying that the 'Premier is to broadcast at 3p.m.: Two days holiday.'

WW2 Rationing For Clothes and Food

Even when World War 2 was finally over rationing continued. Below is Uncle Wilf's Clothing Coupon Book.

And below is a Ration Book for sugar, bacon, cheese, fats, eggs and meat. This continued in Britain until the early 1950's.

To help support World War 2 the War Office in Britain set up a War Savings Campaign. Local collections were made to help raise cash for planes, tanks and other items needed for the war. The advert above was a typical newspaper appeal for funds.

Though World War 2 ended in 1945 the British Victory Celebrations were held on the 8th of June 1946 in London. Amongst Uncle Wilf's papers was the Official Programme for the event. The cover of the programme is below. Click on either of the images for a larger version.

The programme has 20 pages and I thought it would probably be a bit too much to copy them all. I have therefore just copied the 'Marching Column' showing the route this took in London and some of the bands involved from different parts of the world.

The actual Victory Celebrations started with a March Past commencing at 9.18 a.m. This featured the 'Mechanised Column' and the 'Marching Column'.

The celebrations went on throughout the day with afternoon events and music in the Main London Parks including Hyde Park, Green Park, St.James Park and Regent's Park.

In the evening there was dancing, an apparance by the King and Queen, fireworks, searchlight displays and finally at 11.45 p.m.everything ended with 'the firing of 50 magnesium shells and the playing of the National Anthem.'

I guess it's hard to imagine how all of this must have felt after six years of war, bombing and destruction. The relief must have been immense. No more air raid sirens, no more rushing to air raid shelters at all hours of the day and night and no more blackout curtains at the windows. And, of course, most importantly no more loss of lives.

Let us pray that this never, ever happens again.

To jaw-jaw is always better than to war-war. 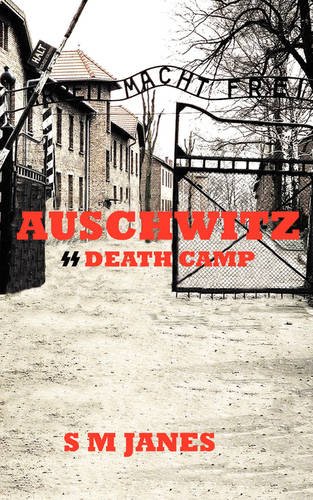 AUSCHWITZ - SS DEATH CAMP: In a race against time Nazi Germany must, at any cost, be prevented from accomplishing its goal: European domination through the might of the atom bomb.
Buy Now

WW2 Victory in Europe Experience: From D-Day to the Destruction of the Third Reich
Buy Now

Lenses Of The Month

Any WW2 Stories Or Comments Welcome