Researching World War II history has been an eye opening experience as I've discovered groups upon groups of servicemen and women, non-military staff and general volunteers that have eventually received the Congressional Medal of Honor in their senior years or later yet - posthumously.

The courageous exploits of one such group was recognized in October 2011 after 70 years of being hidden under a bushel.

Might we not look around today and find groups and individuals that should be paid thanks and appreciation nearer to the dates of their contributions? I am reminded of the South Korean culture in which heroes of a war, the arts, or the Olympics and such are named Living National Treasures and supported by the government in order to pursue their fields of endeavor unhindered by a "day job" and to teach others. How wonderful to do that in the USA. Perhaps some day we will reach that accomplishment, because we are a young country compared to Korea and others, America is not looking toward that goal.

More In the Pacific Theatre of WWII

Watching Baa Baa Black Sheep reruns on Saturday afternoon TV over a few years, I became interested in this squadron's history in light of so many groups' presentation with the Congressional Medal of Honor in the 2000s and 2010s. How many members of the officers and crew of this United States Marines Fighting Squadron were decorated for their actions with the VMF-214 Black Sheep Squadron? Had their been decorated already or was this yet forthcoming?

Having seen Robert Conrad in the role of Pappy Boyington for years, I never thought about Colonel Boyington (a Major while in the Solomon Islands) as fitting into a designated minority class. This is because I had never seen the Colonel. Finding a set of WWII photos of Boyington surprised me, because they showed features of a Native American.

The television series had left out Colonel Boyington's ethnic heritage as well as most of his controversies.

Ellison decried the political administrations of the 1970s for censoring TV programs to sanitize them of drug and alcohol abuse. However, what Black Sheep Squadron did was to sanitize Boyington, make him Caucasian, and make his crew somewhat of a bunch of drunken misfits - more like F-Troop with alcohol.

The Actor and the Real Boyington 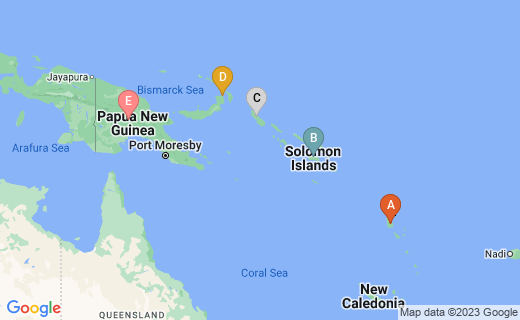 A station for Black Sheep Squadron

Captured by the Japanese and interrogated here.

Boyington became the Commander of the US Marine's squadron VMF-214, assigned to defend the USA and Allies in action in the air over the Solomon Islands from 1943-1944.

He was only 31 years old when he asked for and accepted command of a group of pilots almost all 10 years younger than himself. This was a group of young men exposed to tough air battles in which they were often outnumbered, but succeeded nonetheless.

Boyington was shot down in January 1944 and captured by Japanese forces. The rest of the Black Sheep Squadron were then ordered to the American aircraft carrier USS Franklin. However, the ship was attacked by a Japanese dive bomber that nearly sank the vessel in March of 1945, killing 39 Black Sheep and many others.

After the Solomons - The Ship That Wouldn't Die

A Clutch of Controversies

Colonel Boyington is credited with shooting down 28 enemy planes in the Pacific while working in China and the Solomon Islands. However, different references state that he earned 26, 27, or 28 "kills." Some writers say that #28 was undocumented, even in Japanese records, while others say that #26 and #27 were not documented well enough.

However, the real discrepancy seems to be in #4, #5, and #6, which were done in China, where the pilots were paid bonuses for each air kill. The Colonel always stuck to his statement that he had shot down 6 Japanese planes himself out of 15 total downed (ref. Bruce Gamble, Back Sheep One). Given Boyington's early and consistent long-term proficiency above other pilots, I believe him. FDR accepted 26 kills in his citation of Boyington for the Congressional Medal of Honor. A combat report of September 1945 stated 28 air kills (ref: Bruce Gamble, ibid.).

In 1960, Colonel Boyington wrote Tonya, a spy novel about actual events during the time he served with The Flying Tigers. Names of characters were disguised with syllable shifting. Warnings accompanying collectors' copies today indicate that the novel is "not for children."

The Colonel had a long standing struggle with alcohol use and with male-female relationships. Many have called him a womanizer. Others state that he was suffering what would become Post Traumatic Stress Disorder and acting out. I think it was a little of both, some bad behavior and the effects of PTSD. The idea that "all Indians are drunks" also had some play among people that did not want Boyington honored in any way.

Before becoming a recipient of the Congressional Medal of Honor and the Navy Cross, Gregory Boyington was born in Coeur d'alene, Idaho in 1912 (died 1988) and attended the University of Washington in 1930-1934 to earn a degree is aeronautical engineering.

He had served honorably in the ROTC at UW as well. He worked successfully for Boeing for a year and then joined the United States Marine Corps, where he distinguished himself in flight training. He quit to become a WWII volunteer in China (with the Flying Tigers fighting group) as instructor and pilot, then returned to the USMC and the Solomon Islands (Black Sheep Squadron).

Apparently, he flew a desk for a while after China, assigning replacement pilots that he eventually banded together as the Black Sheep. Boyington shot down at least 25 enemy planes before he was captured by the Japanese and held prisoner for almost two years. Released in late August 1945, Colonel Boyington received his medals and resigned his commission to work in aviation.

Boyington died in January 1988 and was buried in Arlington National Cemetery as a military honor.

In 2006 a scholarship fund was offered to UW in his name. However, a representative of the student government stated that the offer should be rejected, because "ALL US Marines are not the type of people that the school should honor."

A general public outcry arose against this statement. A second student claimed that UW had enough momuments already to "rich white men" (Boyington was part Native American). A third suggested remembering him for his service and not his combat kills.

Heated discussions took place among members of student government and university administration. During these periods of sharing, it was determined by first-hand witnesses that Boyington had not been rich and was at least 1/4 Sioux, and therefore not a rich white man. Was the student government going to discriminate against Native Americans and the good guys of WWII?

Unfortunately, Boyington apparently knew little of his heritage, except that he was Sioux-Irish.

The student government accepted Boyington for induction into the UW memorial recognition project with several other veterans and unveiled a monument of plaques in their honor on Memorial Day, 2009. A scholarship fund was also opened to honor Colonel Gregory "Pappy" Boyington (see links below).

In the 2000s, the Coeur d'alene, Idaho Airport was asked to change their name to include 'Gregory "Pappy" Boyington Airfield.' Excuses given for rejection of the honor were that the airport would be less safe with his name on it (in the 2000s?) and "anyway, he was not a good role model." After much argument over extended time, in September 2007 the name finally was changed to Coeur d'Alene Airport - Pappy Boyington Field at http://www.pappyboyingtonfield.com.

At the end of all the discussions, Colonel Boyington kept the Medal of Honor and the Navy Cross, was buried in Arlington National Cemetery, was inducted into the Medal of Honor Memorial project at the University of Washington, established a scholarship fund, and had his hometown airfield renamed after him. A statute of him has been displayed in photos across the Internet in its clay sculpture full-sized model stage, but I have not seen a completed statue. A bust of the flying ace has been donated, along with other memorabilia, to the current VMF-214 squadron that is still active in the USMC. Despite problems with alcohol and relationships, I think he accomplished in his military service what few others have done.

Colonel Gregory Boyington, Sr. is one of only 28 Native Americans to receive the Congressional Medial of Honor since its inception during the American Civil War. The first was US Army Sergeant Co-Rux-Te-Chod-Ish in 1869 and the last was US Army PFC Charles George in 1954. From 1955 to 2011 - 57 years - there have been none. 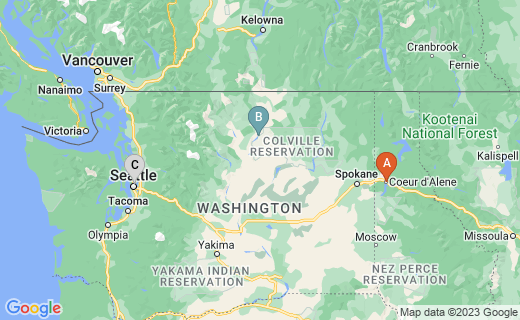 The Boyington family moved here to an apple farm in the 1920s.

Boyington earned a BS in Aeronautical Engineering in 1934. Inducted into UW Medal of Honor Memorial in 2009. 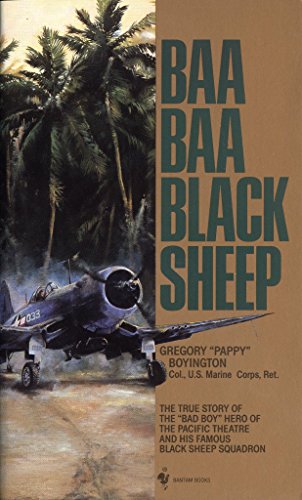 Materials used in the above article.