Where To Watch a Space Shuttle Launch

Your decision about where to view a space shuttle will depend on a few things. How much work do you want to do to get the tickets? How much money do you want to spend? (Some places are free.) Would you rather watch a launch from a strip of land with no bathrooms (causeway) or from a relaxing beach location near restaurants and hotels? Do you have access to a boat? Finally, do you have access to Congressional VIP passes, press passes, or passes for friends and family members of astronauts?

Since space shuttle launches are often delayed, so a wise thing to do is to combine your space shuttle launch vacation with other Florida vacation activities. You can spend some time on the beaches while waiting to view a shuttle launch. Orlando, Florida, is about an hour away, and is a great place for a vacation. Walt Disney World, Sea World Orlando, and Universal Studios are just some of the popular Orlando vacation ideas.

Where in Titusville? Almost anywhere in Titusville along the Indian River, which runs along US Highway 1 from State Route 406 (Garden Street) at the Max Brewer bridge down to US 50, offers a is view across the water to the space shuttle launch pads.

Titusville is also great for night launches, because there is a large body of water which reflects the light given off by the shuttle’s solid rocket boosters. A night space shuttle launch lights up the sky for miles around, and is a truly memorable experience.

There are 6 parks in Titusville along the Indian River as well as nearby Jetty Park at Port Canaveral, south of the Cape Canaveral Air Force Station.

Wherever you decide to go, the best advice is to arrive early to get a good viewing and parking spot. Some people living along the river also offer parking on their land for a fee.

Jetty Park at Port Canaveral, south of the Cape Canaveral Air Force Station, is another good place to view a space shuttle launch. Jetty Park has a beach, campground, and fun activities.

Read My Other Space Shuttle Articles 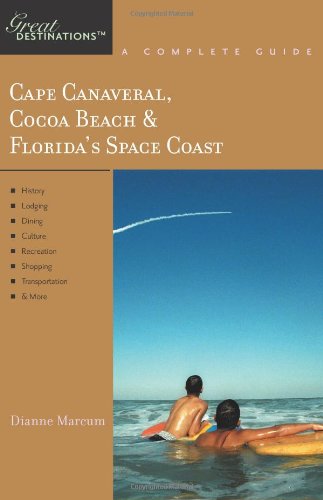 The NASA causeway, also called the Indian River Causeway West, is the closest place for the public to see a Space Shuttle launch. The causeway is a strip of road that runs across the Indian River. It is located on the Kennedy Space Center property, south of Launch Pads 39A 39B. NASA used to give out free passes for private cars to drive to the causeway, but for security reasons this was stopped in 2002.

If you want to get tickets on the NASA causeway, you have to get on an email list from the Kennedy Space Center months in advance. Some time before the launch, they will send you an e-mail saying when the causeway launch tickets will go on sale. If you want to see a space shuttle launch on the causeway, you have to be ready to get the tickets as soon as they go on sale, as they may sell out within minutes. No visitors may take private cars on the NASA causeway.

A "NASA Causeway Launch Viewing Transportation Admission Package" is $56 for adults and $46 per children 3-11. The package includes admission to the Kennedy Space Center (KSC) Visitor Complex as well as a Launch Transportation Ticket (LTT) to view the shuttle launch from the NASA causeway.

There are also Dine With an Astronaut packages that include the Launch Transportation Ticket (LTT) and everything in the NASA Causeway Launch Viewing Transportation Admission Package, plus a buffet meal with an astronaut.

However, you may have to purchase a new ticket if the launch is scrubbed after you have taken a bus to the NASA Causeway, so this can be doubly expensive.

The Kennedy Space Center Visitor Complex is the closest place to view a shuttle launch after the NASA causeway. However, it has no clear view of the launch pads because of obstructions. You will not be able to see the shuttle until a few seconds after launch.

The Kennedy Space Center sells tickets for people to view a space shuttle launch from the Visitors Complex. You can view the exhibits in the Visitor Complex and surrounding grounds, but you can’t board the buses going to the NASA causeway. For people with small children who need to be entertained, watching a launch from the Kennedy Space Center Visitor Complex is a good choice because you can look at all the space exhibits and rocket garden while you wait for the countdown.

The Banana River Viewing Site is where the friends and families of astronauts and Congressional visitors get to view a space shuttle launch.

Write to your local Congress member or write some fan mail to a few astronauts and see if you can get an invitation.

This area has a building with a cafeteria, gift shop, restrooms, and a small museum. Many of the press photos of shuttle launches are from the Banana River viewing site.

You will get an amazing view, but keep in mind that the photos you see are often by professionals are using professional cameras and lenses. The shuttle may look smaller when you are actually there.

5.) View a Space Shuttle Launch from a Boat

Some people view the space shuttle launch from boats. While boaters may not set foot on any land that belonging to Cape Canaveral or the Kennedy Space Center, parts of the intracoastal waterway are open to boaters.

Some waterways around the launch pad, and parts of the Atlantic Ocean where the solid rocket boosters drop, are restricted to boaters. Boaters also may not enter the southern part of Mosquito Lagoon. On the Banana River, viewers in boats will not be permitted north of marker 15. Boaters who want to view a space shuttle launch can tune into Channel 16 VHF-FM where the Coast Guard will broadcast instructions about restricted areas.

Watch a Shuttle Landing in California

The Kennedy Space Center in Florida is the prime landing site for all of the remaining shuttle flights. But sometimes, due to bad weather at KSC, the space shuttles don't land there.

Early shuttle flights had planned landings at the Dryden Flight Research Center at Edwards Air Force Base in California. The space shuttle was the first spacecraft in history to plan to land in a controlled way on earth. Just in case there were slight problems, these early flights landed on a dry lake bed instead of on a commercial runway.

Thousands of spectators gathered on the parking lot and public viewing area of the Rogers Dry Lakebed to watch the space shuttle landings.

Since no more shuttle missions plan on landing in California, there are no parking areas planned. However, if you hear that a shuttle will land at Edwards AFB, you may be able to drive close enough to the base and get a view of the landing.

Please Rate This Article Thumbs Up and Leave a Comment!