On How They Made A Living Selling Dog Poo!

Poverty in the 19th century was so rife it made the poorest people turn to the most bizarre and sometimes rather whiffy occupations. Some jobs were rather unpleasant but not too bad, such as catching and selling live birds for the high society to show off to their friends as curiosities.

Then of course there were what was called the Mudlarks who scoured the banks of the river Thames to find anything that had been washed up on the shore so they could sell it for a pretty penny, such as bottles and and nails.

But the strangest of all was the 'pure finder'. This was a job that was only ever found in London England, and in fact had never been heard of anywhere else.

A pure finder spent his days searching for dog poo!

Strange? Yes. Bizarre? Maybe. But there was a method in this madness. The pure finder was a person who scoops up the dog poo and sold it to leather tanners.

Tanners used all sorts of poo and urine to 'cure' the leather and make it soft. But the pure finder had a more specialized market. He would sell the poo to bookmakers who's job it was to bind the books with leather.

It was quite a lucrative business. In fact they earned around ten old penny's for each bucket they took to the tanner. From the tanner's point of view it was perfect for 'puring' the leather in a way that it has astringent properties as well as alkaline.

This will cause the leather to dry out sufficiently so as not to leave the leather too soft or soggy to use. When the leather dried out, the poo would fall off and leave a not unpleasant smell!

Sadly many of these collectors were orphaned children.

How The First Escalator Worked.

The One Legged Escalator Tester.

London has the oldest underground railway network in the world. In fact most of it hasn't changed much over the years as the original builders made such a good solid job of it.

But back then the builders had to come up with a way for the ladies and gentlemen to reach the trains in a way that would leave them refreshed and ready for a day out.

They didn't like the idea of everyone having to huff and puff their way up all those flights of stairs. So, in 1910 at Earl's Court Station Piccadilly, the first railway escalator was made.

And the passengers were absolutely terrified of it!

The makers were completely stumped and horrified to think that after all their work and large sums of money spent, people were not actually using it for fear of falling or getting themselves caught in the mechanism!

Until one bright spark came up with an idea.

Why get someone to travel on it day after day to show the public that it was safe to use?

But they got to thinking. What can we do to not only show how safe it is, but prove that anybody can use it, from the youngest child to the oldest woman.

Then, all of a sudden it came to them. Bumper Harris.

Bumper Harris was special in one unique way. He had a wooden leg! Bumper was employed for a number of years until one day the railway realised that they no longer needed him. Nobody knows what happened to Bumper, maybe he just legged it?!

Jeremy Bentham's face had to be built up with wax. 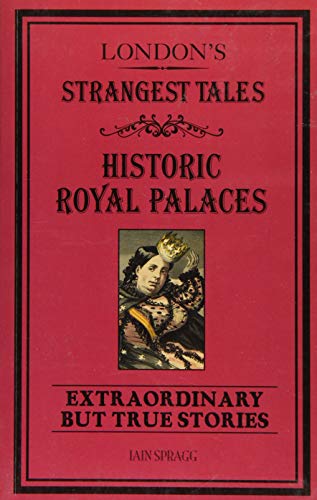 Get Stuffed! So He Did!

Visitors to the building are always directed to take a look at the strange anomaly that resides in the South Cloister. There is a closet, and inside is a life size statue of a man with the name of Jeremy Bentham. He is sitting comfortably, holding a stick and dressed in 19th Century clothes.

But if you take a little look closer you will see that actually this is not a statue. This is a real man!

The actual preserved remains of the man was Bentham's last joke to the world.

So, who is Jeremy Bentham?

The Philosopher Jeremy Bentham, was one of the great social and political thinkers of the late 18th and early 19th century.

He was famous for writing and publishing works on animal welfare, the ways of the world and the Colonies and strangely enough the evils of swearing! Yes he was rather an eccentric man!

More importantly he was a great advocate for the tolerance of religion. He didn't believe in the old quaint ideas of religion being either good or evil according to whoever preached it within his time.

When he died he left all his works to the University, but as a last standing joke to all the stiff shirts as he called them he decided to leave them one more thing to remember him by!

His stuffed body is still sitting in that cabinet today where many visitors and University students can see it if they wish, and maybe sit and chat for a while!

Thomas Crapper Toilet. It Doesn't Say If This Is The Bottom Slapper! 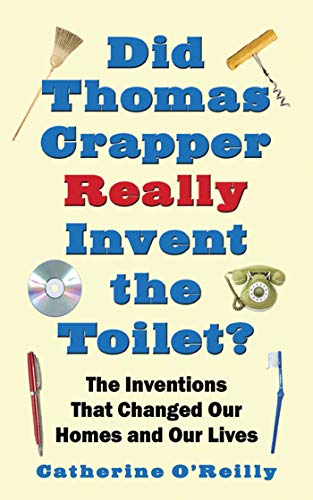 Did Thomas Crapper Really Invent the Toilet?: The Inventions That Changed Our Homes and Our Lives
Buy Now

I think everybody is aware of the fact that Mr. Thomas Crapper was the inventor of the flushing toilet, and not in fact the man who made the original modern style shape of the toilet. But not many people know him for his ingenious engineering skills.

Thomas's history is really fascinating. At 14 years of age, he walked to London as a totally penniless child and soon became apprenticed to a plumber in Chelsea. In 1850 this was very lucky as back then many children lived on the streets because their parents were so poor they couldn't look after them.

On the subject of toilets, Crapper was a genius. Before he invented his famous 'flush' toilet, London toilets had a simple tap that had to be turned. Trouble was so many people forgot to turn the taps off that the loo's got flooded!

He was so pleased with his flush toilet system that he invited many bemused people to check out the system by flushing away apples and potatoes down the toilet! This became a great Saturday afternoon day out.

Thomas was so enamored by his own genius that one day he invented a toilet that used a system of complicated pistons that attached to the toilet seat. He hoped that this would make it flush automatically. But it didn't work. In fact it had rather a strange side effect!

The idea was that the toilet seat would rise up after the recipient stood up. To start with it worked, but after a few months the seat would begin to stick and then......!

The seat would fly up with such a wallop that it would slap the person on the butt! This invention became known as the bottom slapper! And was soon discontinued. It's not known if people actually spirited away the bottom slapper for their own amusement......!

The Life of Elizabeth I
Buy Now

The Titillating Tale Of The Queens Um, Parts!

Queen Elizabeth the First of England was known as the Virgin Queen. Whether this is actually true or not nobody ever really knows. But she became the most loved, feared, and revered Monarch for centuries.

Not a lot is really known about how she lived. Obviously we know the history behind how she became Queen, and how she had to overcome the fear and bias of other Monarchs and the Church who wanted the country to be brought back to Catholicism.

But there is one strange little story that is documented.

The Queen who had been constantly told how beautiful, marvelous and how eternally youthful she looked obviously believe it fully herself.

One day, when Elizabeth was in her 60th years, she had definitely lost all of her looks. Her cheeks were sunken, her teeth, whatever there was left of them, were broken, and she was as wrinkly as a prune.

On this particular day, the French Ambassador Andre Hurault Sieur De Maisse met the Queen for the first time. It had taken him over a year to fix a date to meet her and he was intrigued and excited to meet the most famous Queen.

Shockingly it didn't go quite as expected!

De Maisse was led along a rather dark corridor to meet the Queen in her audience chamber. On entering, he saw her sitting alone on a low stool. There were others in the room but they were a distance away.

The story goes that De Maisse kissed her robe, and she embraced him. She went on to say that she was sorry she couldn't have seen him sooner.

He noticed that she was wearing a dress in silver cloth, with sleeves lined with red taffeta material.

On her head she wore a great red wig with a garland of flowers. Along with gold and silver she had a headdress with pearls hanging down over her forehead.

The shocking thing was that she was also rather, er, naked from the waist up! In fact it was the dress that was opened to allow 'free rein' or should I say ' free reign'! She carried on talking to him while at the same time adjusting her rather large, er, well chest!

Being the gentleman that he was, De Maisse goes on to say:

She was rather wrinkled, but farther down her skin was white and delicate! Er Hum! (cough)!

The Queen presumed that all the stories were true. She was lovely, beautiful and forever young.

Either that or she had lost the plot and couldn't find the kitchen!