What Lies Beneath Lich Street

Worcester in the Midlands region of England, is a city steeped in history. It is believed that a trade route went through the city during Neolithic times, later being incorporated into the Roman Ryknild Street. On an important stretch of the mighty river Severn, the settlement boomed and prospered, with the towering cathedral being constructed between 1084 and 1504. The city played a key role in the English Civil War with the Cavalier forces of King Charles battling Oliver Cromwell's "Roundhead" Army. The city eventually fell as the English Monarchy's grip on power slipped during this tempestuous time.

With each passing century, the city has grown, changed, and adapted. New has overtaken the old, quite literally in this beautiful city. The foundations of the past have been built upon in parts of the town, buried beneath the streets and buildings of modern construction.

In the bustling centre of the city, a rare opportunity was granted to view an era that had been concealed by the forces of change. The same forces had revealed the foundations of an infamous row of buildings, in a lost street called Lich Street.

Works were underway to improve a road junction where College Street meets Deansway, and the clock was ticking. The site would be open for just a few weeks before being reburied under the new traffic roundabout. I hastily grabbed the chance to see it before it was too late.

A traffic island near Worcester's landmark Edward Elgar statue and Worcester Cathedral had been dug up to allow for works to take place. I had only ever seen this place covered in grass and trees, and it was quite a difference to see the top layer removed.

Few of us ever think about what lies beneath our feet when walking through a town or city. Could I have imagined that the cellars and foundations of these buildings were just a few inches beneath the surface?

Below is a modern map of the area. The dig site was in the centre of the traffic roundabout, seen in the middle of the map image. 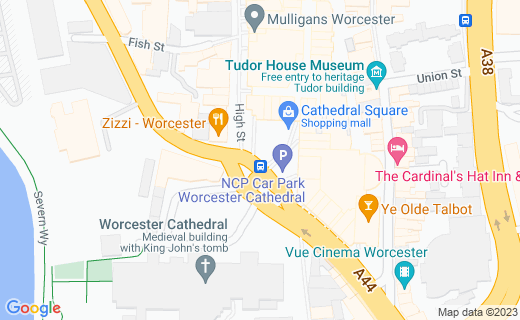 Guides were on hand to take visitors safely to the site and describe what we were looking at. As we waited for our appointed time, we were given high visibility jackets, and were allowed to browse through a folder containing old photographs of Lich Street before it was demolished.

Our guide, Su, was one of the researchers for the project, and it was a real treat to have such a knowledgeable and professional woman take us around the dig.

We entered the site and kept to a carefully laid trail. Much of the area was unstable or sensitive. The guide told us how due to the tree roots, it was not safe for them to dig any deeper in some areas as the roots had caused movement and weakening of the foundations. Utility pipes and cables snaked over the stumps of cellar walls, whilst the old street itself was still visible; much narrower than modern roads in the city.

Surprisingly, much of the old street remained, despite being laid to ruin and rubble. A well was still visible in an old brick-covered courtyard, which would have been operated by a hand pump. These devices were notorious in spreading cholera in the 1800s, as often the drinking water would become polluted with sewerage.

The cellars showed how much of the city's older building materials had been recycled. Sandstone, perhaps from the old City Walls or the Monastery that stood to the South of Worcester Cathedral. Medieval bricks had also been re-used in building the more recent buildings.

Our guide explained how when the new road junction was built, much of the area was demolished. Where Lich Street met Deansway, the narrow street would not be suitable for motor traffic as the street was originally constructed during the medieval period.

College street was built to accommodate larger traffic volumes around this area, and part of Bygones of Worcester (to the left of the photo) and the smart building to the right were demolished. If you look at the white paint on the side of the right-hand building, it will give you an idea of the outline of the property that was once adjacent to this.

The street was not affluent, and had a bit of a reputation. People were advised not to walk down there on their own, least of all after dark!

Like many cities, poverty was rife. The needy would sometimes become desperate, and crime and anti-social behaviour were not uncommon in this part of Worcester.

The buildings on Lich Street were not surprisingly, condemned, and were demolished in the 1960s when this part of Worcester was redeveloped.

...one building could contain many different tenants, sometimes with whole families being crammed into one room.

Before the bulldozers moved in, the buildings of Lich Street were of mixed use. The ground floors were used as shops, with the floors above rented out for people to live in. Some of the cellar walls are whitewashed and have fireplaces in them, which suggests that even these were lived in.

Like many cities, landlords would often capitalise on their properties and split their building into as many leasable dwellings as possible. As a result, one building could contain many different tenants, sometimes with whole families being crammed into one room.

Beneath the section where the roundabout meets College Road, to the south east of the site, lie the foundations of St. Michael's Church. Buried completely beneath the road, this building once stood next to the Cathedral. Originally medieval, the since demolished building was rebuilt in the 19th Century due to being in poor condition.

During the Lich Street dig, a large chunk of ornate stone was found in the rubble. It soon emerged that this was one of the ornamental spires that stood on the top of St. Michael's.

The church would have served the community around Lich Street, and would have been used for everything from Christenings to Funerals. There is a burial ground near the dig area that has yet to be unearthed, but may be under the road or the grass area between College Street and the war memorial outside Worcester Cathedral.

Interestingly, a doorway was found in a cellar near to where St. Michael's Church would have been. It is possible that this building had something to do with the church, and was suggested that a tunnel went from this doorway towards St. Michael's. Perhaps for the clergy to move unseen, or deal with more sensitive business out of sight of their parishioners?

"Lich" is the old word for a dead body or corpse, as well as being a type of animated undead creature! Thankfully, there are no shambling zombies shuffling around Worcester (unless it's their Zombie Walk), rather the street took its name from it being the main route to take the dead out of the city.

The dead would be prepared for burial within the city, and buried outside the old City Walls. Even as late as the early 20th Century, coffins were rested at Lich Gate stone ledge. After permission to move the coffin out of the city, the bereaved family members would be able to take the body out past the walls for burial at St. Michael's Church or Worcester Cathedral.

Part of the old city walls can still be seen near Worcester Cathedral, where a gatehouse survives. City Walls Road also contains a length of sandstone wall that marked the old boundary of Worcester city.

The Lich Gate has long since gone, but our guide explained how at least two visitors to the site had said that they had heard it had been removed by a farmer and had been re-used in some sort of agricultural building. So it may still be found!

"Lich" is the old word for a dead body or corpse

The Archaeology Team found all manner of items during the dig. Due to the unstable nature of the walls, they were only able to dig a few feet down, but still, the findings are impressive.

All sorts of things turned up in the rubble, with a lot of items being included in "backfill" - rubble and soil that was collected from nearby and dumped in the cellars to pack them up. The backfill made dating the soil levels difficult, but included items from Roman, Saxon, and Medieval periods.

Whilst the older finds represent of the depth of history of Worcester, the younger items give us a taste of day-to-day lift for those living in Lich Street. Just out of reach of my lifetime, yet within living memory for many who visited the site whilst it was open.

Glass bottles, a bone spoon, pottery, glass, and tiles were mixed up with the older items, leaving the archaeologists guessing which period they were from. Some were more easy to identify than others.

You can hear descriptions of life on Lich Street and memories of those that lived in and knew the place on the "Dig Lich Street" website. I have included a link in "Sources" for you to follow to find these.

Guided visits to the site have now ended. The buildings will be carefully covered with a thick and resilient polythene membrane before being refilled with concrete and covered back up. Works to improve the junction will then continue.

It is always sad to see such sites reburied, but it will be protected and will be reinstated in such a way that people can return in the future should they wish, and still be able to reach the buried cellars if further archaeological studies are planned.

A permanent home will be found for the finds, whilst the Dig Team study the items and accounts from the public that will help then to piece together more information about life in Worcester before the redevelopment of the 1960s.

I am very grateful that the City of Worcester offered people the chance to explore this site, and can't wait to see the rest of the finds in their new home. 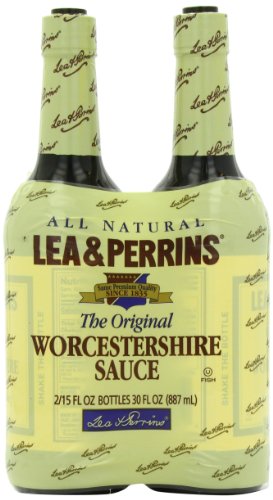